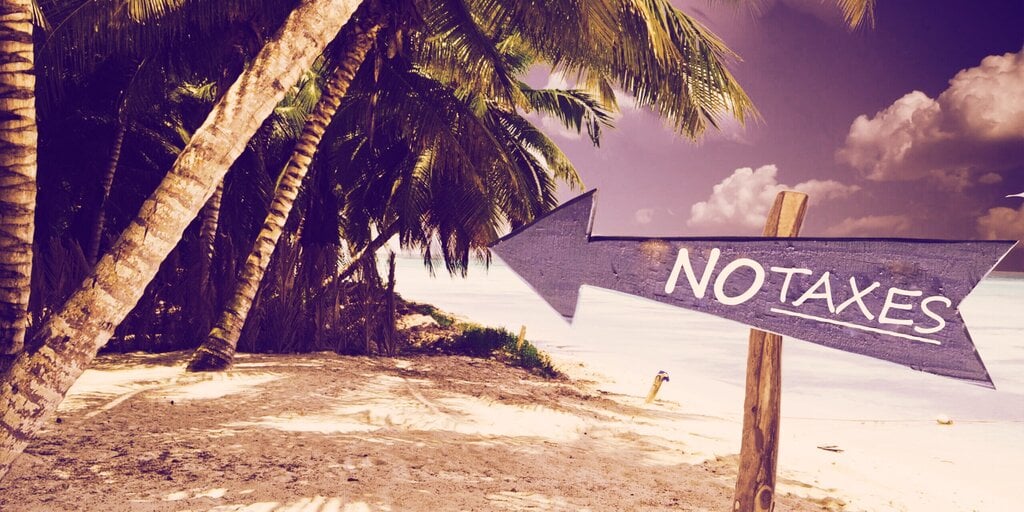 Tax liability is a major source of concern for anyone invested in Bitcoin and other digital assets. In sum, some have described it as nothing short of a nightmare.

But while some countries are putting pressure on investors and levying taxes on income and capital gains from Bitcoin transactions, many are taking a different approach—often with the aim of promoting better adoption and innovation within the crypto industry. They’ve implemented friendlier legislation, and allow investors to buy, sell, or hold digital assets with no tax liability.

Here’s our list of the most crypto-friendly tax jurisdictions, updated for 2021. Belarus may be a Bitcoin tax haven but it’s also been the site of mass protests over rigged elections in recent weeks. Image: Shutterstock

Belarus is taking an experimental approach to cryptocurrencies. In March 2018, a new law legalized cryptocurrency activities in the East European state, exempting individuals and businesses involved in them from taxes until 2023 (when it will come up for review.)

Under the law, mining and investing in cryptocurrencies are deemed personal investments, and so exempt from income tax and capital gains.

The liberal laws aim to boost the development of a digital economy, and technological innovation. The country was recently ranked third in Eastern Europe and 19th globally in levels of P2P crypto trading. Germany offers a unique take on taxing digital currencies such as Bitcoin. Unlike most other states, Europe’s biggest economy regards Bitcoin as private money, as opposed to a currency, commodity, or stock.

For German residents, any cryptocurrency held for over a year is tax-exempt, regardless of the amount. If the assets are held for less than a year, capital gains tax doesn’t accrue on a sale, as long as the amount does not exceed 600 euros ($692).

However, for businesses it’s a different matter; a startup incorporated in Germany still needs to pay corporate income taxes on cryptocurrency gains, just as it would with any other asset.

But in 2021, a controversial new tax law came into force which effectively kills crypto derivatives trading in Germany, as losses can no longer be deducted. The legislation reflects moves across Europe to regulate derivatives. It isn’t a country per se, but a Special Administrative Region of China, with theoretical autonomy over its own affairs. And Hong Kong’s tax legislation on cryptocurrencies is a broad brush affair, even after new guidance was issued in 2020.

Essentially, whether cryptocurrencies are taxed or not depends on their use, according to Henri Arslanian, a global crypto leader at PwC.

“If digital assets are bought for long-term investment purposes, any profits from disposal would not be chargeable to profits tax,” he wrote in March when the directive was introduced. But he added that this doesn’t apply to corporations—their Hong Kong-sourced profits from cryptocurrency business activities are taxable.

PwC clarified that Bitcoin is considered a virtual commodity for tax purposes, in a comprehensive guide to crypto tax treatment in various jurisdictions, at the end of 2020. El Salvador plans to use geothermal energy from volcanoes to mine Bitcoin. Image: Shutterstock

Following the passing of a law to make Bitcoin legal tender in El Salvador, the country will reportedly exempt foreign investors from paying tax on their Bitcoin gains. That’s according to Javier Argueta, legal advisor to President Nayib Bukele, who told AFP that, “If a person has assets in Bitcoin and makes high profits, there will be no tax. This is done obviously to encourage foreign investment.” Argueta added that, “There will be no taxes to pay on either the capital increase or the income.”

While a legal framework has yet to be put in place around these tax exemptions, it’s a clear indication of the country’s intention to lure foreign investors with crypto portfolios. In Malaysia, cryptocurrency transactions are currently tax-free, and cryptocurrencies don’t qualify for capital gains tax, because digital currencies are not considered assets or legal tender by the authorities.

However, profits from active crypto trading may be regarded as revenue, and thus considered taxable income.

“If the transaction is more of a capital gain, passive, or as done occasionally, unplanned or unsystematic, then the profit from such sale and purchase is a tax-free income,” Ranjeet Kaur, communications director at the Malaysian Inland Revenue Board (LHDN), told The Malayan Reserve. However, active, systemic and repeated trading means that “the party is considered to have conducted a transaction or profession,” with the profits generated from those transactions subject to income tax. Malta is trying hard to throw off a reputation for tax evasion and money laundering. Image: Shutterstock

The government of the so-called “Blockchain Island” recognizes Bitcoin “as a unit of account, medium of exchange, or a store of value.”

Malta doesn’t apply capital gains tax to long-held digital currencies like Bitcoin, but crypto trades are considered similar to day trading in stocks or shares, and attract business income tax at the rate of 35%. However, this can be mitigated to between five percent and zero, through “structuring options” available under the Maltese system.

Malta’s fiscal guidelines, published in 2018, also discriminate between Bitcoin and so-called “financial tokens,” equivalent to dividends, interest or premiums. The latter are treated as income and taxed at the applicable rate.

Malta came second after Liechtenstein in PwC’s 2020 Crypto Tax Index, which ranks jurisdictions based on how comprehensive their guidance is. Portugal has adopted liberal tax laws towards cryptocurrencies, in a bid to encourage innovation. Image: Shutterstock

Portugal has one of the most crypto-friendly tax regimes in the world.

Proceeds from the sale of cryptocurrencies by individuals have been tax-exempt since 2018, and cryptocurrency trading is not considered investment income (which is normally subject to a 28% tax rate.)

However, businesses that accept digital currencies as payment for goods and services are liable to income tax. Singapore is a hub for fintech innovation. Image: Unsplash.

Capital gains tax does not exist in Singapore, so neither individuals nor corporations holding cryptocurrency are liable.

But companies based in Singapore are liable to income tax, if their core business is cryptocurrency trading, or if they accept cryptocurrency as payment.

The authorities consider payment tokens such as Bitcoin to be “intangible property” rather than legal tender, and payment in the cryptocurrency constitutes a “barter trade” where the goods and services are taxed, but not the payment token itself. Slovenia is another country that treats individuals and businesses separately under its cryptocurrency tax system.

No capital gains tax is levied on individuals when they sell Bitcoin, and gains are not considered income. However, companies that receive payment in cryptocurrencies, or through mining, are required to pay tax at the corporate rate. Token distribution during ICOs is also subject to tax rates of up to 50%.

Notably, the Mediterranean country doesn’t permit business operations in cryptocurrency alone (such as only accepting Bitcoin as payment.)

At the end of 2020, the Slovenia Times reported that crypto communities in the country are working closely with the regulators and taxing authorities in order to bring clarity to its tax law. It’s no surprise that Switzerland, home to the innovation hub known as “Crypto Valley”, has one of the most forward-thinking tax policies too.

Cryptocurrency profits made by a qualified individual through investing and trading are treated as tax-exempt capital gains.

Mission accomplished, the new DLT Act is now in force. Many thanks to everyone who contributed to the drafting of this innovative legislation. We are now looking forward to new business ideas and applications.https://t.co/Vqt4zko50Z #blockchain #trading #crypto #fintech pic.twitter.com/85VK6cslfj

However, income from professional trading and mining is subject to income tax. Notably, tax laws differ regionally, and an annual “wealth tax” is levied on the total amount of cryptocurrencies owned, along with the rest of an individual’s net worth. There’s another type of country that doesn’t tax cryptocurrency gains, of course; tax havens where digital assets aren’t singled out for special consideration, but which have a blanket low-tax regime.

The island nation of Bermuda is one such territory; it doesn’t impose income, capital gains, withholding, or other taxes on digital assets, or on transactions involving digital assets.

What taxes there are can now be paid for using cryptocurrency, too; in October 2019, Bermuda became the first government to accept payments for taxes, fees, and other government services using USD Coin (USDC).