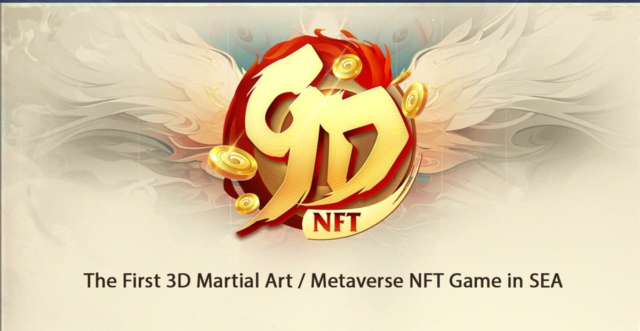 9D NFT will be the first full-scale MMO game integrating NFTs and cryptocurrency into its core gameplay systems. An action RPG set in the age of myth and martial combat, the game will feature compelling PVE and PVP gameplay that provides both in-game rewards and tokens, elevating the experience beyond “play for fun” to “play to earn.”

“Many users have played MMORPGs when they were young,” said Henry Pham, Game Design Manager at GIHOT Studio. “We want to revive that memory, that trend again, but this time it will be different from the past; your entire ‘play for fun’ experience will bring real value into your real-life through Blockchain technology.”

9D NFT has come to fruition with the help of many investors and partners, which include BSCStation, AVA Capital, ExNetwork Capital, TokenSuite, Avior Venture, ZBS CAPITAL, Moniwar, BV CAPITAL, and many more still in the process of negotiation. $2.9 million has already been raised, and the project launched its IDO on BSCStation.

Unlike minigames that lightly utilize cryptocurrencies and NFTs, this is a full-featured, massively multiplayer action RPG. The initial launch on PC, Android, and iOS is only the first step in a multi-year, multi-region roadmap: The first step of a larger COGIVERSE that will span the globe.

COGIVERSE ecosystem will serve as the baseline for a larger MMO-style Metaverse spanning across 5 continents with their different feudalisms.

Using COGI, players will create and customize a character from one of five sects 9DNFT has to offer based on Southeast Asian lore and mythology, specializing in the Staff, Bow, Zither, Blade, or Sword. They will embark on a journey to explore dangerous new lands while participating in guild activities, solo quests and monster hunting, PVP competitions, tournaments, and more.

All this gameplay is awarded with COGI and COD (Crystals of Dragon) tokens, and within a few months, players may begin to turn a profit by competing, discovering rare items that are exchangeable for NFTs, and trading with others. Even everyday activities like killing monsters on the map or in dungeons have a chance to produce valuable tokens and NFT items, managed via the Binance Smart Chain.

The rules and guidelines for the in-game economy, as well as the tokenomics, circulation supply, and so on, are described in a thorough Whitepaper. It will be fair and reasonable to all players, with a maximum of one year to recoup any COGI used in character creation. But there will also be other opportunities for players to invest using in-game systems like Staking, collecting revenue from the Treasury, and other options. More information on these features will be made available in 2022.

Early feedback from more than 999 testers was very positive and provided valuable commentary, aiding the development of the release version. In fact, the COGI holder community will be consulted on the game and market development regularly, including voting sessions regarding new features.

After the SEA-based first phase, a Europe-focused project will add wizards, witches, warriors, and stories inspired by Norse mythology into the mix. After that other continents and cultures will be added over the 8-year roadmap.

This will expand the appeal of the platform beyond Asia to a global audience. A complete multilingual version of the game is in development to accompany the expansion.

Naturally, when money is involved there are bound to be worries about cheating, but rest assured; 9D NFT is secured against such a threat by multiple systems. The client and server will interact via an encrypted TCP socket, and are using proven anti-cheat systems that have operated for years in multiple countries, so players can be certain the competition will be fair and genuine. Of course, the game is designed to avoid any “pay to win” elements as well!

Players can look forward to the game’s launch this December.

“We would like to express our deepest appreciation to all of you who have accompanied 9D NFT,” said Pham. “With 10 years of experience in game development and operation, our team can confidently contribute and bring the best value to the community.”