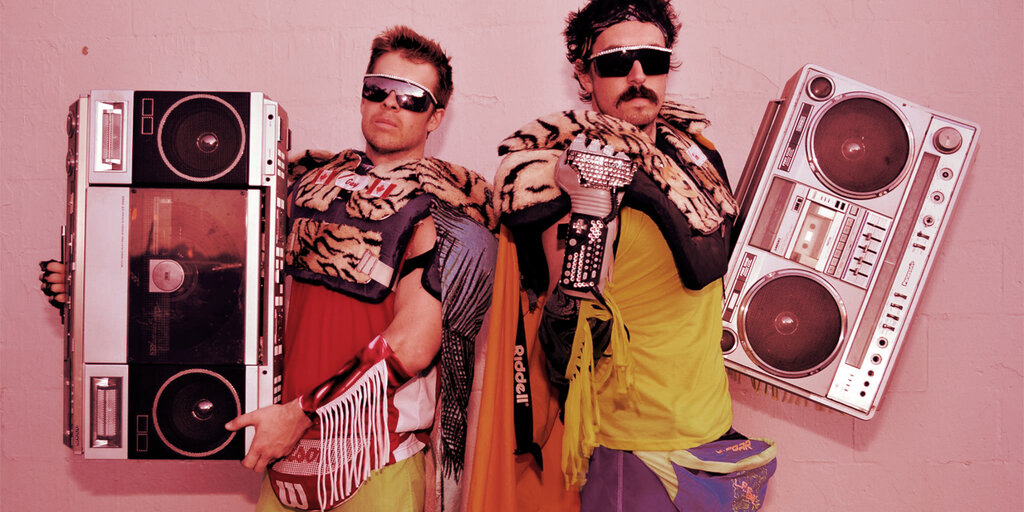 Imagine Dogecoin raining out of the sky and dancing Shiba Inu dogs landing in your living room.

That’s what you can experience tomorrow, if you want to be swept up in the “party metaverse” based on the crypto industry’s biggest meme coin.

On Saturday, the “Million Doge Disco” event starts. Running in partnership with blockchain development platform, Blockv, it’s as wacky as it sounds: those who sign up will be part of a dance party/augmented reality game where, via a smartphone, one can interact with other Dogecoin fans around the world. NFTs (unique digital tokens that can represent things like artwork or video content) will be dished out to those who take part.

And also one million Dogecoin. Apart from the NFTs, participants will have the chance to get their hands on free crypto. At today’s prices, it’s about $242,000 worth being given away.

If that wasn’t strange enough, there’s another twist: the borderline psychedelic project is being run by Canadian prime minister Justin Trudeau’s half brother, Kyle Kemper. But it’s not money or fame that Kemper is after here, he claims.

Kemper, who is also the founder of crypto wallet and card, Swiss Key, told Decrypt via a Zoom call that “world peace” was the ultimate goal—through worship of the sixth biggest cryptocurrency by market cap, of course. “I really believe in the strength of this community and the fact that it’s grounded in fun and memetic behaviour,” he said while donning over-sized sunglasses and tiger print American football shoulder pads. The getup, we suspect, was some kind of ode to the Dogecoin community.

But despite laughing and joking during some of the call, he was serious about the way in which the Dogecoin community differs from the rest of crypto. “It’s not insanely tribal like some of the other coins and it hasn’t been about making money so much,” he said. “It’s really been rooted in gifting and doing funny stuff.”

Dogecoin is a cryptocurrency that has exploded in popularity recently. Based on a silly Shiba Inu dog meme, it was created in 2013 as a joke. But in the past year, Elon Musk, CEO of electronic car company Tesla and one of the world’s richest men, has pumped the price on Twitter through seemingly off-the-cuff remarks about his love for the coin.

And while it may not have been “about making money” in the beginning, recent Dogecoin buyers likely don’t share the sentiment. Over the last year, the cryptocurrency has climbed the ranks to become one of the most valuable coins in the market—with a market cap of over $31 billion. It was today trading at $0.24, a 10,000% increase over the past year.

Dogecoin, according to its current team of developers, is also trying to be a serious cryptocurrency for payments: the team behind the coin told Decrypt that they were working with Elon Musk to make it a rival to Bitcoin.

Dogecoin can now be bought on most major crypto exchanges, including Coinbase, but tomorrow will be a chance to get hold of it for free: Gary Lachance, an early investor in Dogecoin and co-founder of the event, is the man behind the 1 million DOGE giveaway.

“The power of the Doge community is incredible,” he told Decrypt. “We’re working towards a giant global party on World Peace day,” he said. “This is just the beginning.”

The event will start tomorrow at 1pm Pacific time and will run until September 21.