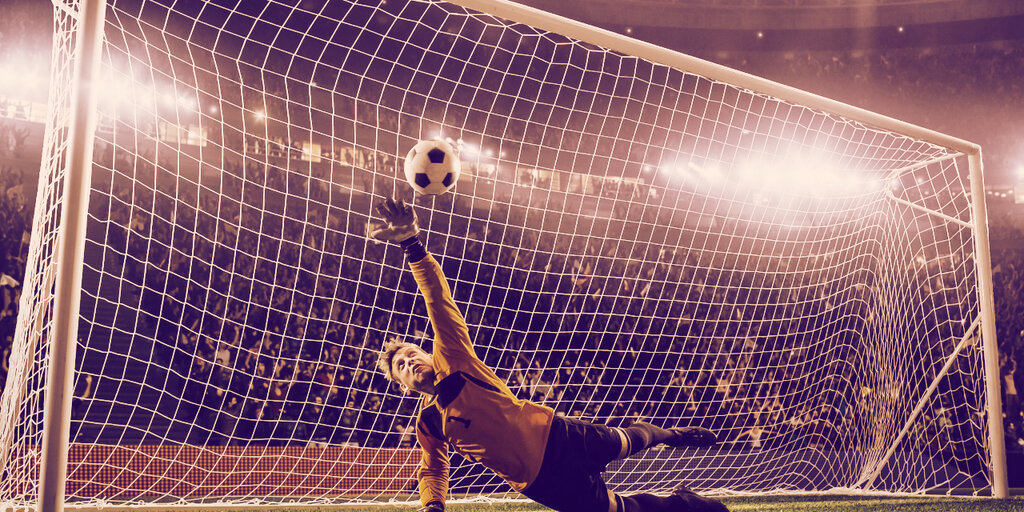 Ethereum gas fees, or the price you pay to miners to conduct a transaction on the blockchain, have soared to new heights in 2021. With increased demand driving Ethereum’s price up more than five times since the start of the year to a recent all-time high, not to mention the continued rise of decentralized finance (DeFi), it’s pretty pricey to interact with Ethereum right now.

Ethereum-powered non-fungible token (NFT) projects have also played a part in recent months, particularly blockchain-based video games. Even simple tasks like buying and selling digital trading cards can be made significantly more expensive due to elevated gas fees, plus the network congestion can result in sluggish transaction confirmations, leading users to wonder where their newly-purchased items or earned rewards are.

In other words, it’s bad news for Ethereum games attempting to appeal well beyond the veteran crypto die-hards who are used to enduring such hurdles. That’s why some of today’s most popular crypto games are embracing layer-2 scaling solutions on top of Ethereum, and NFT-driven fantasy soccer game Sorare is the latest to join the party.

Today, Sorare announced that it has partnered with StarkWare to utilize its StarkEx scaling technology to improve the user experience, with plans to have the new solution in place by the end of July. StarkWare’s system uses Zero Knowledge Proof (ZKP) technology to securely roll up thousands of off-chain transactions into a single Ethereum transaction, thus dramatically cutting down on the cost per in-game action while delivering instant transaction confirmation. According to Sorare, the game will be able to handle more than 3,000 NFT transactions per second once StarkWare’s solution is implemented.

Congratulations to FC Camembert who has just smashed our #Sorare Market record.

The Unique 2020-21 Cristiano Ronaldo card was bought for $289920 on the Transfer Market. #OwnYourGame

Sorare has seen a rise in players and demand for its officially licensed pro player cards since the start of the year, racking up $60 million in trading volume since January, says CEO Nicolas Julia. However, surging and ever-fluctuating gas fees have increasingly impacted players, and Julia suggests that added fees and sluggish transaction confirmations have complicated an experience that should be seamless and free of technical hitches.

“Building a game on top of Ethereum today is a challenge. The technology is still young, and we needed to adapt our gaming experience around the constraints of high fees and network congestion,” Julia told Decrypt. “Few people in the mainstream football or gaming world know about Ethereum and gas. As a game, your goal should not be to educate about an underlying technology but to create fun, fandom, and a magical user experience. Our goal is to build a great game that removes UX frictions related to [decentralized apps].”

Last week, data from analytics firm Nansen showed that Sorare had consumed more than 2% of all gas on Ethereum during the prior seven days. Meanwhile, Etherscan shows that Sorare is far and away the Ethereum app with the most on-chain NFT transfers, beating the next-highest entrant by a factor of more than five times. Players are pushing through the friction, but it’s a constantly-shifting challenge for users and the game’s creators alike.

Away from the dogs barking… err noise, @SorareHQ is silenly beginning to consume 2% of all gas spent on Ethereum.

472 ETH in the last 7 days alone. Quite interesting to see an NFT platform come up in the top 5.

“Consistently high costs—for example gas prices on Ethereum—can limit the size of the market, as only commerce involving higher value/margin items makes economic sense,” StarkWare CEO Uri Kolodny explains to Decrypt. “Ethereum’s gas prices present an even trickier challenge for a game such as Sorare: they fluctuate wildly over time.”

“This makes it exceedingly difficult for a game developer to build a coherent business strategy, to target certain customers,” he adds. “What was an economically viable transaction yesterday can suddenly become impractical. Exposing the user to these price fluctuations makes for bad UX. Having a game developer assume the gas price volatility risk can threaten it as a going concern.”

In a blog post published today, Sorare noted that it was approached by other blockchain platforms over the last year about potentially transitioning the game elsewhere. While those alternatives might offer improved scalability than Ethereum right now, Sorare ultimately wanted to stick with Ethereum due to its decentralized and “neutral” nature, with no for-profit organization running the show. Julia believes that StarkWare’s tech will ease the current strain of Ethereum’s limitations and allow Sorare—which raised a $50 million Series A funding round this spring—to reach many, many more players.

“This layer-2 technology will enable us to build new types of collectibles that will be much more accessible to mainstream users,” adds Julia. “It’s going to be a game-changer for our community and open up the Sorare experience to the 4 billion football fans around the world.”

NFT Minting Costs on Ethereum ‘Too Damn High’? This Startup Has a Fix

Sorare’s reasoning for choosing a layer-2 scaling solution for Ethereum—rather than migrate to a competing blockchain—sounds familiar: Gods Unchained developer Immutable recently told us much the same when launching its own Immutable X layer-2 solution. Immutable X, which will also be adopted by other crypto games and NFT platforms, is based on StarkEx technology and is similarly designed to cut down on friction as players interact with Ethereum-based games. Monster-battling game Axie Infinity, another rising crypto game, likewise just recently launched its own Ronin sidechain to alleviate the strain of scaling on Ethereum.

According to BitInfoCharts, the average daily Ethereum gas fee has ranged between $8 and nearly $70 over the last three months, with the latter an all-time high set just last week. Relief for Ethereum apps may come in time, between this summer’s London hard fork that reworks the transaction fee structure, as well as the eventual shift to a proof-of-stake model with Ethereum 2.0. However, Ethereum’s top game developers aren’t waiting around to see whether those changes ultimately do enough to alleviate some of the platform’s biggest pain points.