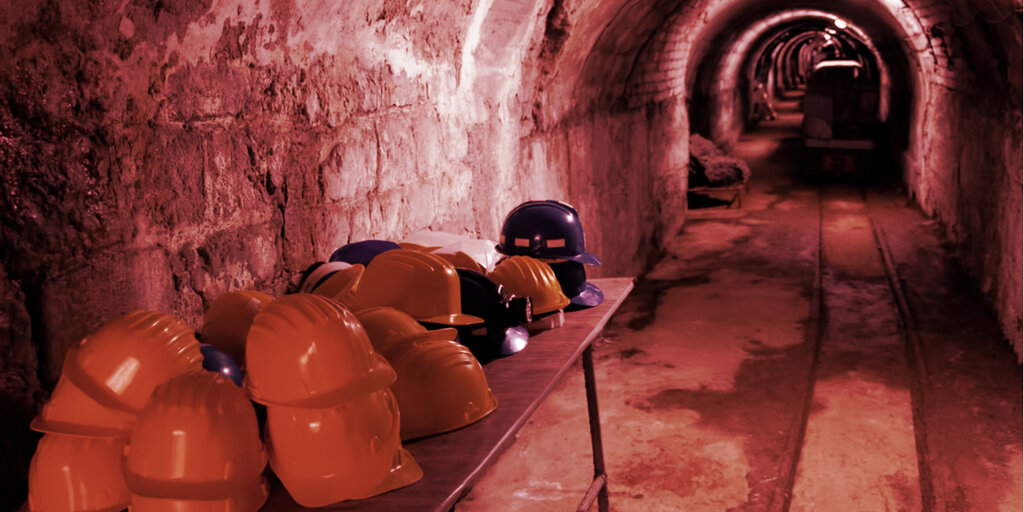 A day after SparkPool, the second-largest Ethereum mining pool in the world, announced it would cease operations, the fourth-largest mining group has joined it.

BeePool, based in China, announced today it would shut down on October 15 just before midnight and says it has stopped registering new users. BeePool said the closure came “in response to the latest regulatory policies.” SparkPool also cited “regulatory requirements.”

According to data from the Etherscan block explorer, the two mining pools are responsible for over one-quarter of all ETH mined.

Mining is the process by which transactions are processed and confirmed on the Ethereum network. People contribute computing power that helps secure the network; the more they provide, the better chance they have of winning the ETH that’s doled out with each new block created. Mining pools work by letting people—as the name suggests—pool their computing power and share the rewards.

The shutdown of China’s two largest mining pools come amidst a renewed crackdown on cryptocurrency by Chinese authorities. Last week, the People’s Bank of China (PBoC) circulated a notice that any activity involving crypto assets, including mining and trading, are against the law.

The country has been progressively clamping down on crypto since 2017 when the PBoC prohibited financial institutions from conducting crypto transactions, but its efforts have ramped up of late. This past winter saw a major drop in Bitcoin hashrate—a measure of computing power on the blockchain that correlates to network security—as mining operations in areas with cheap electricity were told to pack up shop. In May, three major Chinese payments associations, including the China Banking Association, publicly repeated the PBoC ban in a prelude of what was to come.

Just in the last several days, Alibaba—the Amazon of China—has said it would stop selling customized crypto mining equipment, while CoinGecko and CoinMarketCap—both of which provide up-to-the-minute crypto price data—have apparently been blocked by Chinese government censors. Major exchanges Binance and Huobi Global have already stopped registering mainland Chinese residents; Huobi has given current users until the end of the year to get off.