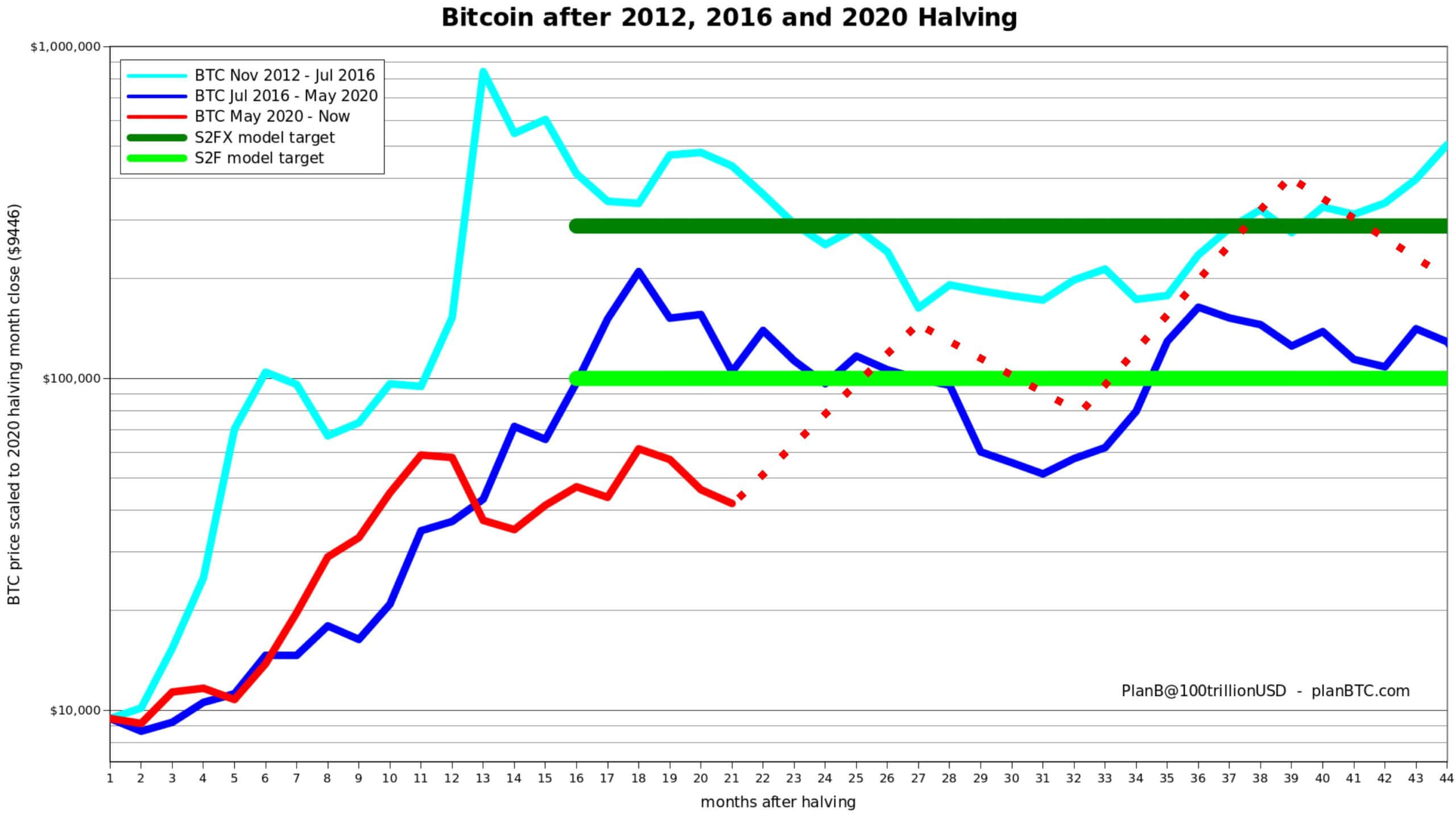 Spurred by talk of rate rises, “spec tech,” including Bitcoin and cryptocurrencies, sustained a shaky start to the New Year.

Over this period, the total crypto market cap lost $333.5 billion before bouncing at $1.898 trillion on Saturday. While it’s too early to say the bottom is in, for now, it does seem like the worst is over.

The correlation between crypto and the macro landscape has become more apparent during this recent sell-off phase. With that, it’s clear that recovery is dependent on what happens next in the wider economy.

However, there remains hope for Bitcoin in terms of breaking this correlation and fulfilling its potential as a digital reserve asset.

Then again, not everyone believes that this will happen.

Dave Ramsey, who offers help with budgeting and debt, didn’t hold back in panning Bitcoin and cryptocurrencies.

The host of the Ramsey Show pointed out that digital currencies represent a “get rich quick” mentality. This, he says, is dangerous because it blinds people to the downside potential.

Based on a lack of historical data, Ramsey added that, by definition, cryptocurrencies are not an investment. Instead, they are a speculative form of gambling.

“… it’s an unproven thing to put money into, and so, it’s not an investment. By definition an investment has a historical track record that you can plough into…”

Given that no Bitcoin trading data existed before the 2008 financial crisis, he may have a point.

Peter Schiff also took this opportunity to reiterate his anti-Bitcoin stance. In a recent tweet, he called on holders to “open your eyes and your mind” and get out of $BTC before it’s too late.

Don’t wait for the bubble to deflate completely before recognizing what it was. Just open your eyes and your mind and sell your #Bitcoin now, while others still have their eyes closed and minds shut.https://t.co/vmDQAnsND4

Nonetheless, Bitcoin supporters continue to propagate the idea of a move higher from this point.

Using the Stock-to-Flow (S2F) model, Plan B charted his prediction based on a scaled price against time since the halving. By cross-referencing historical price movements, the model shows a $100,000 price coming around May this year.

The S2F model was derived by looking at the ratio of the current stock of an asset (or circulating supply) with the flow of production (or mined tokens). It follows that scarce assets increase in price.

The S2FX model takes this concept and adds asset phase transition to refine the idea further. That is, S2FX introduces the notion of asset maturity, moving from conception to maturity as a “financial asset.”

Mid-December, using Elliot Wave theory, @CredibleCrypto tweeted that Bitcoin is in a flat 3 wave (A, B, C) correction move. He predicted a swing lower below $42k, but above $30k, before completing the structure for a move higher. 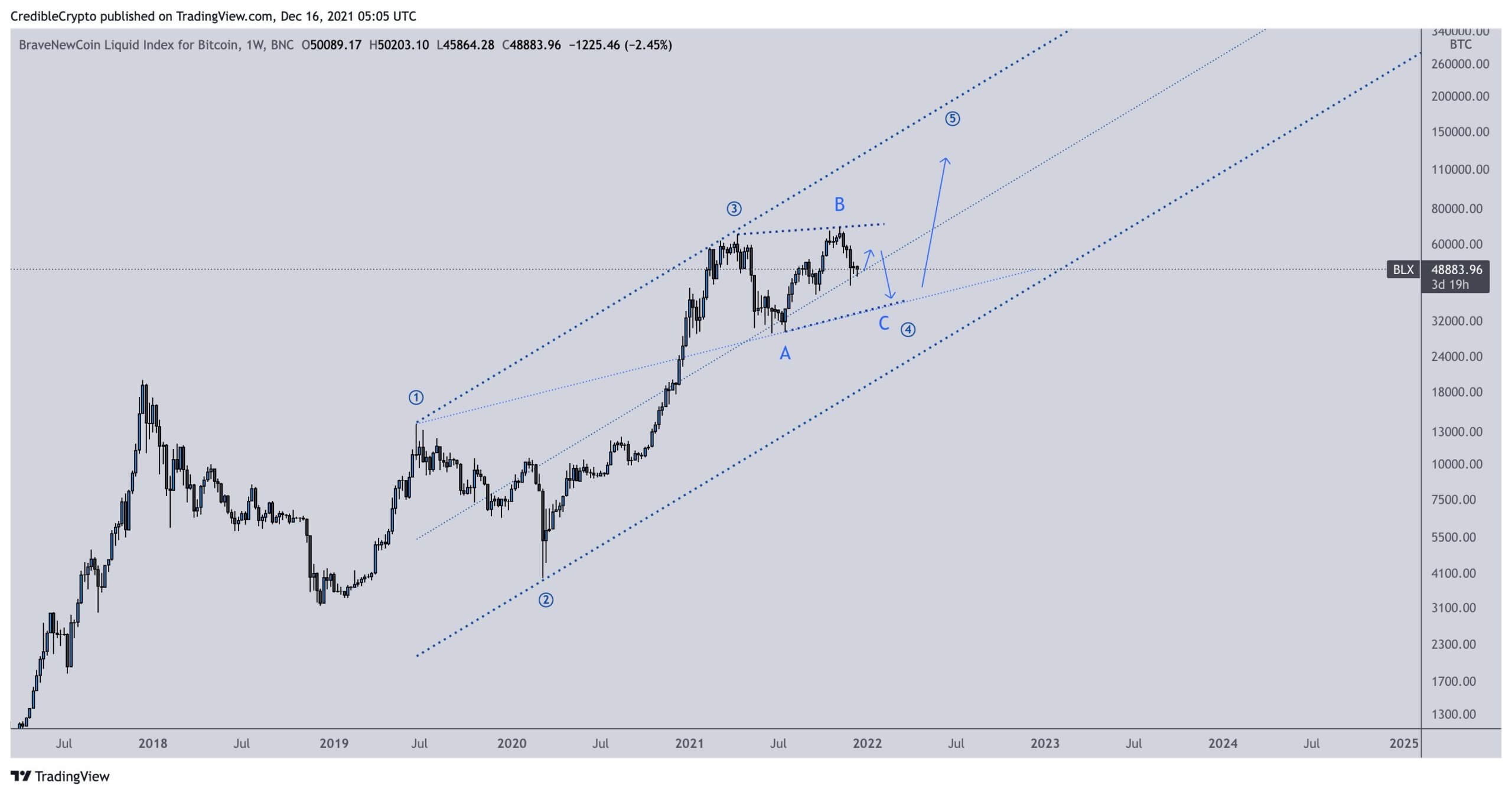 All eyes are on Bitcoin to see what happens next.