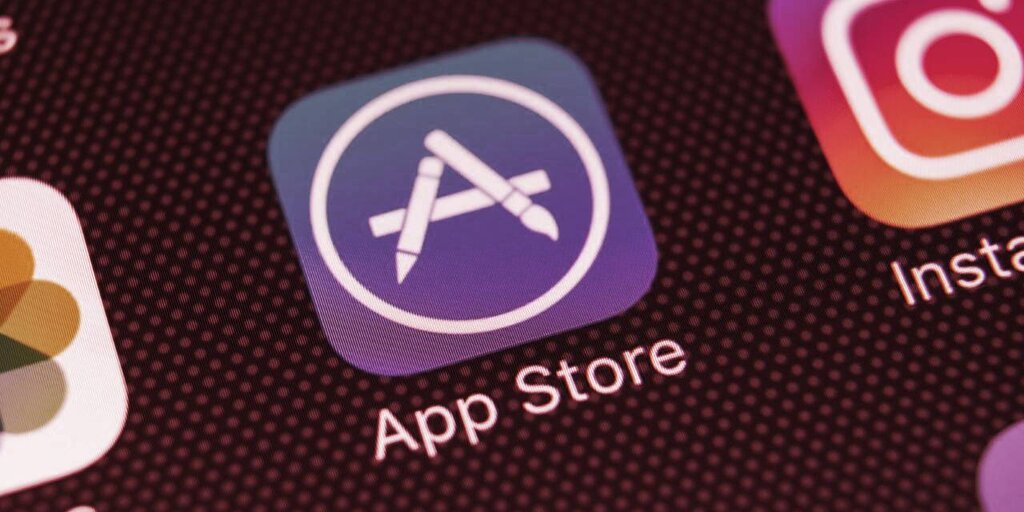 Apple has spent the day unveiling shiny new iPads and iPhones at its annual event.

But, behind the scenes, there’s a battle over what people can put on those devices.

Lukas Schor, who heads product development at Gnosis Safe, says the release of his company’s Ethereum wallet is being blocked by Apple. The reason? In addition to helping users manage custody of their crypto funds, it also lets them view other digital assets, namely, NFTs.

NFTs are blockchain-based tokens (often on Ethereum) that signify a deed to a particular virtual or physical object. They can be bought and sold or traded. Since NFTs are tokens, they’re beginning to be integrated into wallets so that people can view the virtual collectibles and art connected to the deeds.

The integration of NFTs into Gnosis Safe is causing problems with Apple, which, according to an Apple message shared by Schor, asked earlier this month whether the new version of the app could be used to store NFTs. Schor says NFTs had already been integrated on the app earlier this year; the latest update was about connecting a hard wallet to the Gnosis Safe. But, since the question had been raised, Gnosis answered that, yes, users can store their own NFTs on the app.

The Apple App Store then said it wouldn’t permit that: “We noticed that your app includes or accesses paid digital content, services, or functionality by means other than in-app purchases, which is not appropriate for the App Store.”

Apple is blocking a release of our @gnosissafe mobile app because we display NFTs in it. After 2 weeks of back-and-forth, I felt that we need to talk publicly about this to raise awareness.

See the thread for details and why this might affect other wallets and apps as well.

In follow-up messages trying to clear up the issue, Apple App Store responded that Gnosis should remove the feature. “Apple does not allow apps, especially wallets, to display NFTs if they are not bought via in-app purchases,” an App Store reviewer wrote.

The upshot, then, is that you can buy NFTs through an app on your Apple phone, but you can’t store NFTs purchased elsewhere.

Apple has yet to respond to a Decrypt request for comment, but the claim tracks with the tech goliath, which is known for keeping tight control over its platforms—sometimes, critics allege, to prevent competition. Apple last week lost a case against Epic Games, in which a judge ruled that it couldn’t block external payment methods on its devices.

And it’s not the first issue crypto wallets have reported encountering in their dealings with Apple. Trust Wallet says it removed its decentralized application browser from version 6.0 of its iOS app in June because, by their nature, such blockchain-based applications don’t typically conform to Apple’s code guidelines. Similarly, the imToken wallet last week removed a featured dapps list, citing an App Store guideline that apps “should not attempt to extend or expose native platform APIs to third-party software.” Android had no such issues with either app.