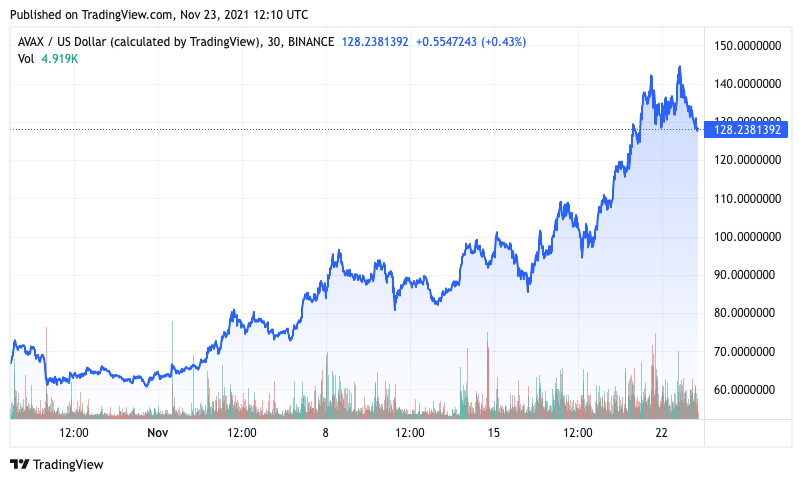 Transactions fees on the Avalanche blockchain surged to record highs yesterday, briefly reaching as high as $10.

And while $10 seems like a bargain when compared to the astronomical fees users often encounter on Ethereum, many found the 10x increase in transaction costs unacceptable for a blockchain coveted for its affordability.

Avalanche has been on quite a roll this month, breaking almost every record it has set since it began its rally in September. It has quickly become the talk of the town, with tens of thousands of new users and investors flocking to the platform. Avalanche recorded a new ATH on Monday, reaching as high as $144.

However, it seems that the rapid growth Avalanche has experienced came at a cost. Namely, the massive price growth its native AVAX token experienced pushed a significant number of new users to the platform, which in turn drove its traffic through the roof.

Data from Snowtrace showed that the network processed more than 669,000 transactions on Monday, double what it recorded at the beginning of the month. 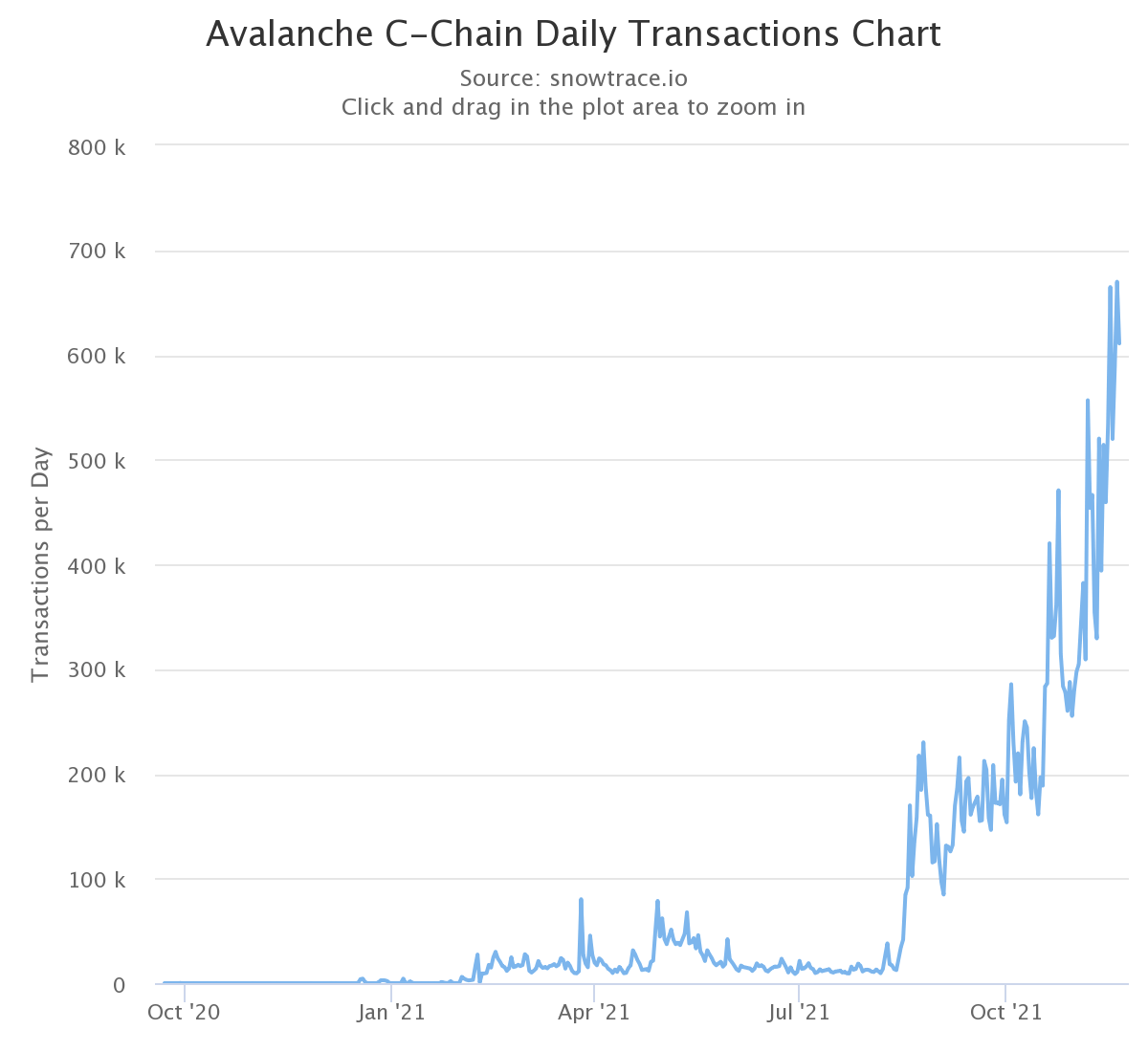 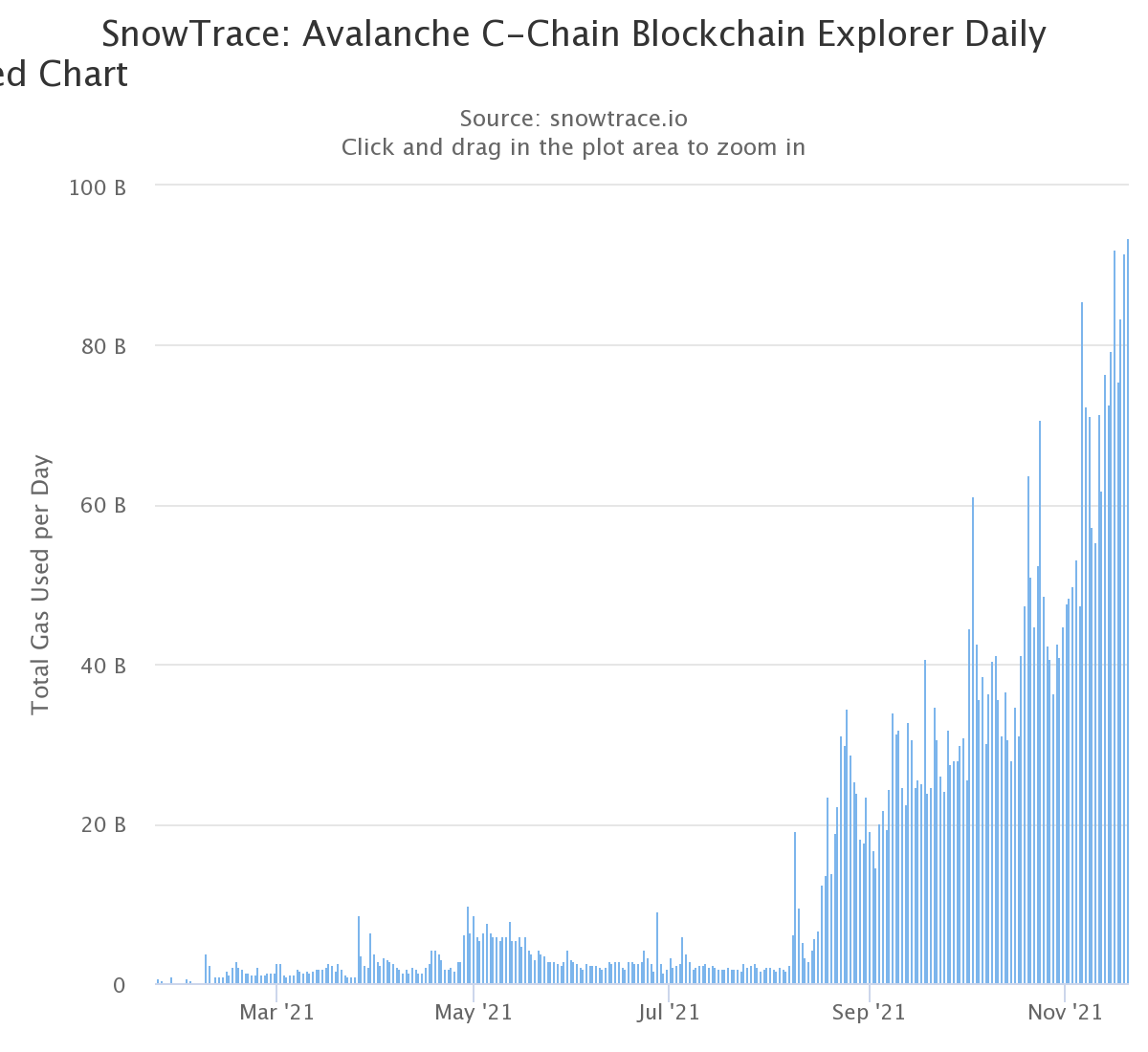 Kevin Sekniqi, the chief protocol architect at Ava Labs, the company behind Avalanche, said that transfers on the blockchain have actually remained at their usual low of around $1. Avalanche has a cap on 10 million gas every 10 seconds, which pushed the cost of gas through the roof once the cap was met, he explained on Twitter.

The cost of transferring tokens on Avalanche has remained at its usual low of just over $1, while swaps saw their costs increase by as much as 16x.

1/ So this stops right in its tracks, here are the *actual* real prices of swaps + transfers between Avalanche and Ethereum at the gas fees at this very moment.