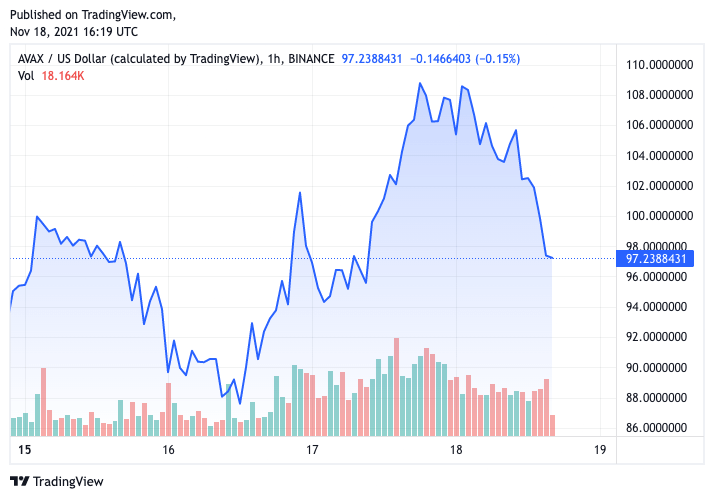 Avalanche reached its all-time high on Thursday, jumping almost 30% in less than 24 hours.

And while surges like this aren’t uncommon among high market-cap cryptocurrencies, Avalanche’s rally is unique as the token defied the overall market downfall.

Launched in September 2020, Avalanche has had a hugely successful year behind it. The fast-finality smart contracts platform prides itself on offering transaction finalization in under one second and has attracted a significant number of developers and dApps.

Its 2021 rally culminated this week with an almost 30% increase that defied the wider market downfall. Its native cryptocurrency, AVAX, saw its price jump from $87 to $110 in just over $24 hours, while Bitcoin dipped dangerously below its $60,000 resistance.

The rally was partly fueled by news of Avalanche’s latest partnership—earlier this week, the platform announced that it has formed a strategic alliance with Deloitte, one of the “Big Four” accounting firms. According to the company’s announcement, Deloitte will leverage Avalanche’s blockchain platform to launch a new disaster recovery platform to help state and local governments easily demonstrate their eligibility for federal emergency funding.

This effort combines the speed, resilience and adaptability of Avalanche, and Deloitte’s Fortune 100 enterprise knowledge.

However, the announcement seems to have been a cherry on top of over two months of stable, organic growth the platform has seen. Avalanche has seen a 284% increase in the number of unique active addresses since September. 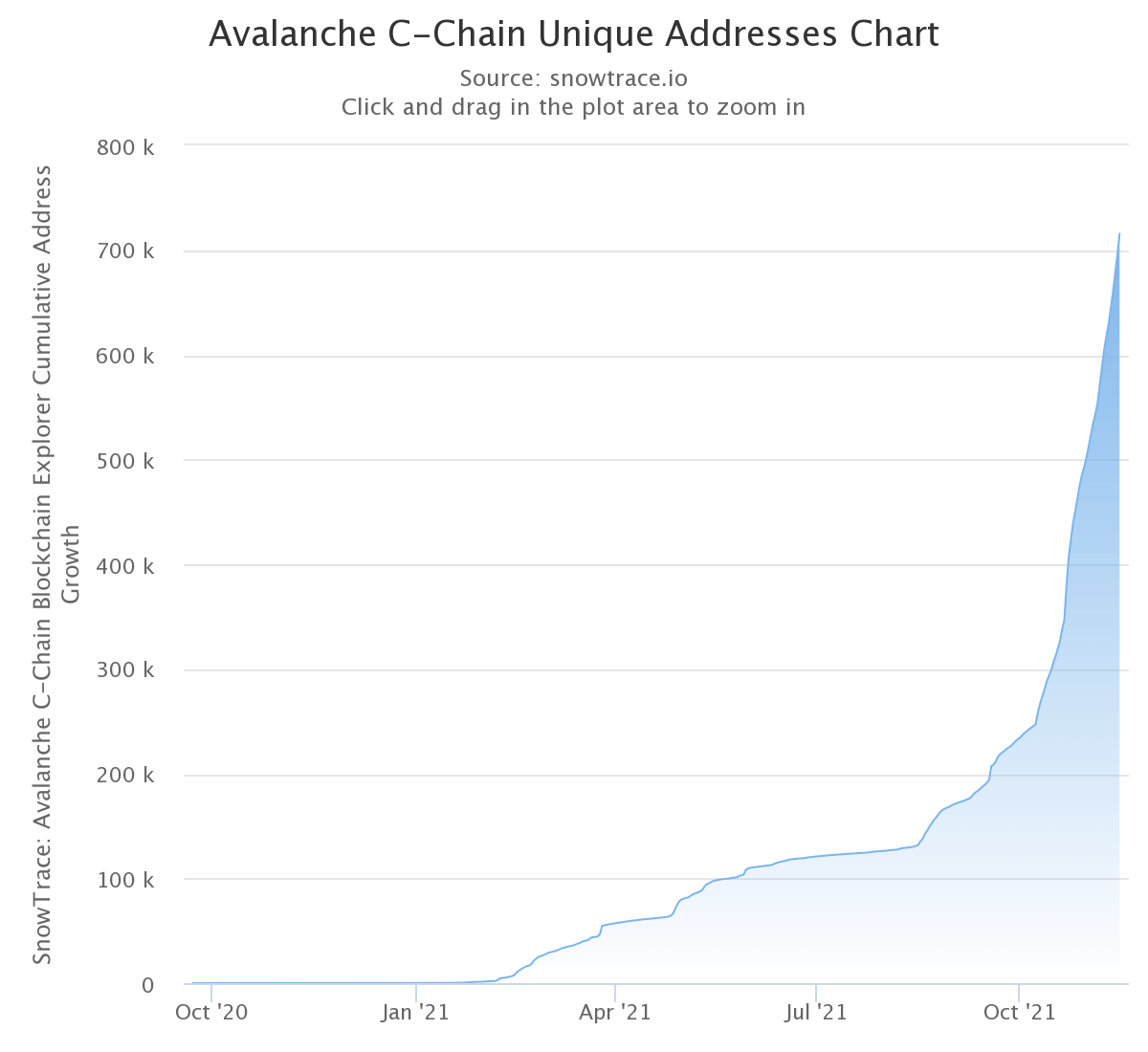 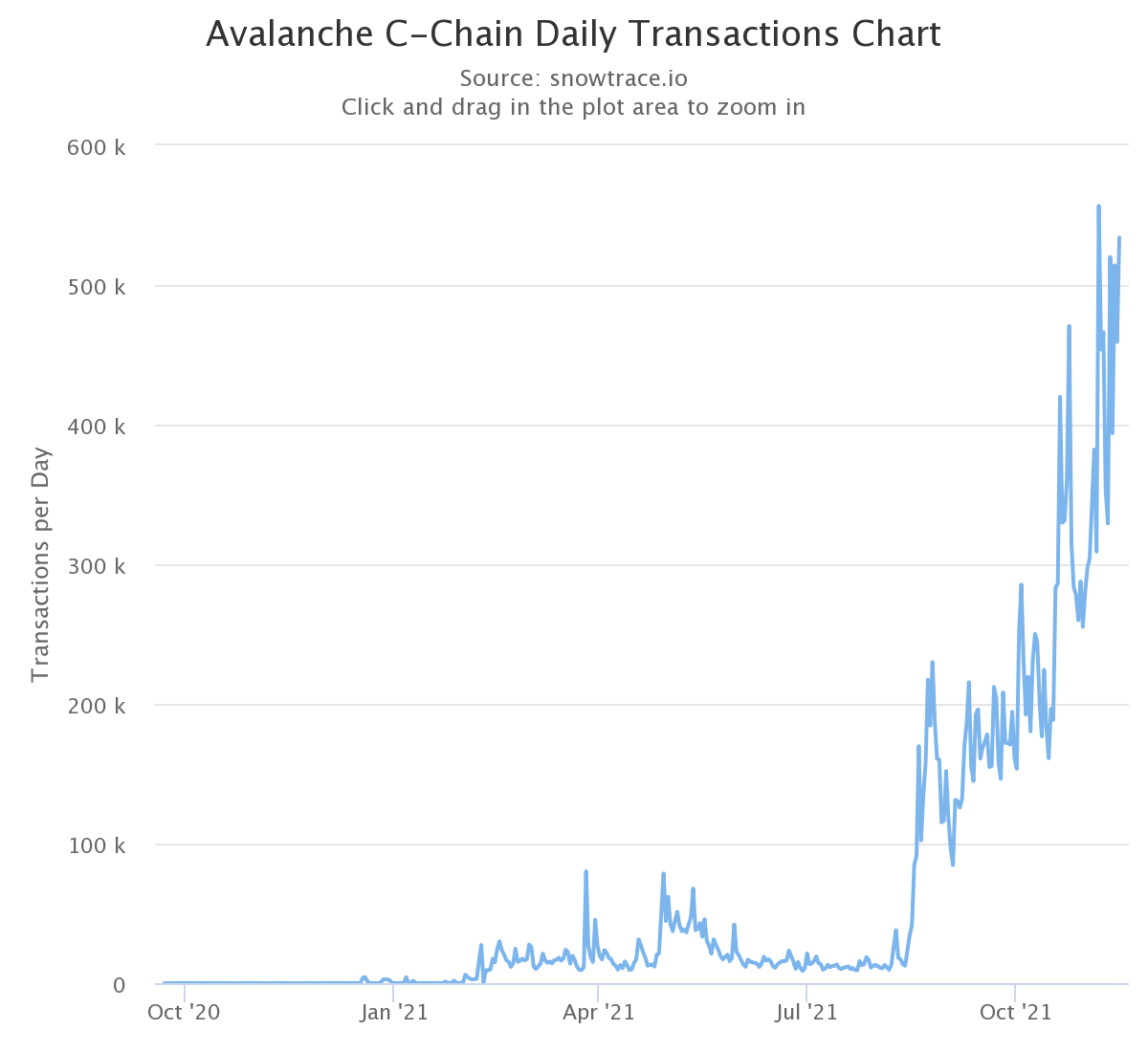 Another major contributor to AVAX’s rally was the newly announced fund. Launched on Monday, the $200 million Blizzard fund will support emerging use cases for Avalanche, such as security token issuance, liquidity providers, and self-sovereign identity. Aside from Ava Labs and the Avalanche Foundation, Polychain Capital, Three Arrows Capital, and Dragonfly Capital contributed to the fund.