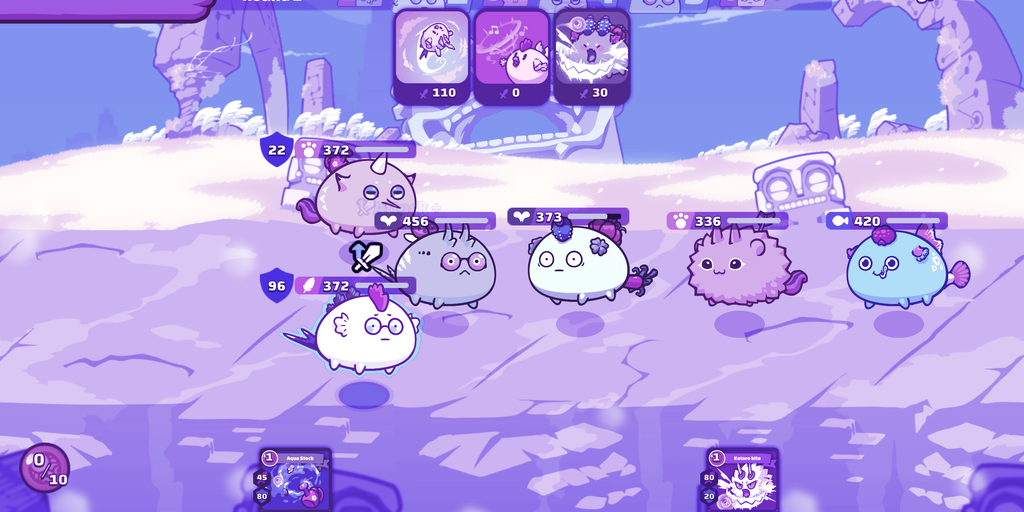 Speaking on a panel discussion about the metaverse at Token2049, Larsen said that Axie Infinity has about two million daily active players, 50% of whom have never used any crypto application before. “It’s really hard to begin playing Axie right now,” he said. Likening the process of onboarding players to swimming to an island, he said that, “a lot of people are drowning” in the attempt. “Basically, they can’t get to the game itself, because it’s so hard.”

Axie Infinity is a Pokémon-style game in which players breed creatures called Axies and send them into battle in teams of three. The Axies themselves are represented by non-fungible tokens (NFTs): cryptographically unique tokens that can be used to prove ownership over digital content such as images or video—or, in Axie’s case, game characters.

Larsen added, “I see our role in the space as educators,” pointing out that his email inbox is “full of people” who’ve sent him help requests—including their private key. Of the 500 support tickets the team receives a day, about 25% have never had a bank account, he said. “That’s the level of education that we have to deal with.” Nevertheless, he added, the fact that the game has about two million daily active players despite their having to overcome those hurdles gives Larsen cause for optimism. “Imagine, we have two million players now, and it’s so hard to get started. What happens when it’s going to be super easy?” For that reason, he said, “the only thing we’re focused on right now is growing; how can we teach these people and open up the benefits in our world at first?” Then, he said, they can “go and join the metaverse, or the broader digital universe.”

Larsen also stressed the need to educate NFT holders about intellectual property (IP) rights, singling out profile picture projects like Bored Ape Yacht Club and CryptoPunks, as well as Axie Infinity itself. “What does it actually mean to own an NFT? Does it mean that you can have, you know, intellectual property rights to create something? Probably not, but a lot of players actually think that.” He pointed out that a lot of NFT buyers “think that they can go make an agreement with Adidas, or something like that.”

The question of NFT copyright and IP is a thorny one, with spin-off Punks and Apes springing up on blockchains other than Ethereum, while major brands such as the NBA have been quick to assert control over the actual content of the NFTs they sell. Exactly how open NFT IP rights should be, said Larsen, is “a very interesting topic that is probably not being discussed enough.”

Taking on the competition

One area where Larsen isn’t concerned is competition from traditional game studios. “I don’t really see them as a threat because they can’t move fast enough,” he said. “And they’re also scared, because you have to relinquish control somehow of your project.” For the game studios, he added, “the worst thing that can happen is, if you’ve got something and you lose control of it, you can never take that back.”

Axie Infinity has seen $2.2 billion worth of NFTs created in its world, and the company takes a 4.25% cut of each trade. The cut that traditional game companies take, by contrast, is “everything,” Larsen said. As a result, he declared that open in-game economies will be “so, so, so much bigger, because you’re actually enabling players to make money inside of these games, because you’re not taking everything—so it means you can make money in the long tail.”

This conference is buzzing with excitement about play to earn – love to see it. pic.twitter.com/4jz3ur2poO

Indeed, Axie Infinity has actually become a source of income for some players in developing countries like The Philippines, with crypto exchange FTX recently launching a scholarship program for the play-to-earn title.

With so many newcomers coming to the blockchain space through the game, Larsen said, it creates an opportunity to educate them about the broader crypto space. Larsen said the Axie team is thinking about questions like, “What other benefits does it enable than just making some money, even if that’s what they come in for at the start?”