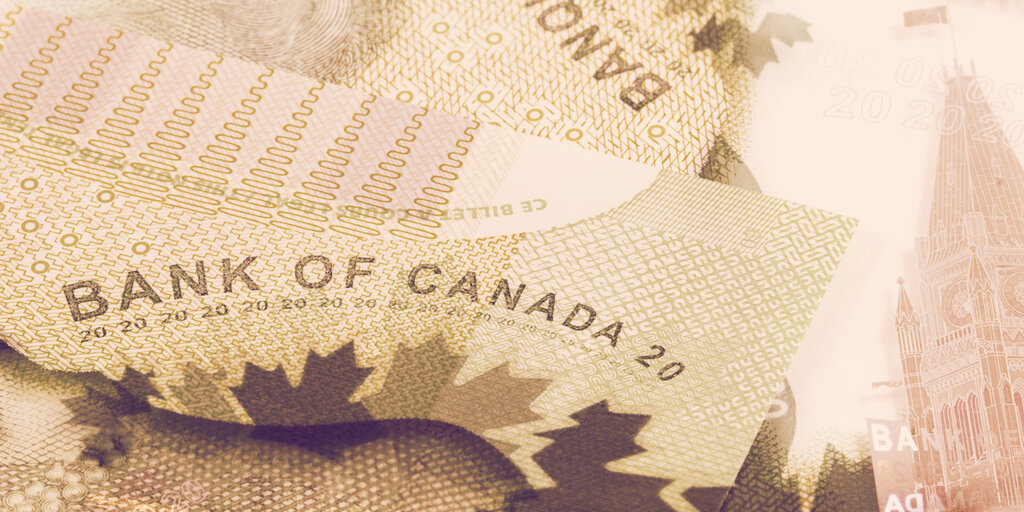 The Bank of Canada today issued a warning on cryptocurrencies, describing such assets as “high-risk.” And if you were among the group of investors who purchased Bitcoin at its peak of $63,000, that assessment likely comes as no surprise.

No time to read our Financial System Review? That’s OK. Here’s our latest analysis of financial stability in Canada – in brief. pic.twitter.com/F8exZpNLWc

In its annual review of vulnerabilities and risks in the financial sector, the central bank said that despite their growing popularity, the intrinsic value of assets like Bitcoin and Ethereum is “hard to establish.”

The implication is that these assets are only good for speculation, and the events of the last week only fuel such criticisms. Bitcoin lost more than half of its value from its peak when it dropped to $30,000 yesterday in a crash that saw massive losses incurred across the crypto market. But Crypto believers say that such drawdowns are not uncommon and may even be healthy for the market. Bitcoin is currently trading for around $40,000 per coin.

The bank included the crypto world in its vulnerability report because it is perceived as a threat to the financial status quo in the country. Crypto gets significant media attention and the market cap of all assets has shot up from $200 billion at the start of 2020 to more than US$2 trillion in May 2021, the bank said.

It added that “if a large technology firm—a so-called Big Tech—with a sizable user base decided to issue a cryptocurrency that became widely accepted as a means of payment,” crypto could become more of an asset class and a threat.

The bank mentioned stablecoins, cryptocurrencies designed to have low volatility that are usually pegged to the fiat money like the US dollar, or even gold.

Such currencies could end up hurting the bank, the report said, if they aren’t pegged to the government-backed Canadian dollar. “Notably, unless stablecoins are backed exclusively by Canadian dollars, their widespread adoption could inhibit the Bank’s ability to implement monetary policy and act as lender of last resort,” the Bank of Canada noted.

Cryptocurrencies are very popular in Canada. The country beat the U.S. in launching a crypto-backed exchange-traded fund (ETF) and now there are eight operating in the country.

An ETF is an investment product that allows people to buy shares that represent a certain asset. They are huge in the world of traditional finance, and the Ethereum and Bitcoin ETFs that kicked off in Canada were a sign that the world of digital currencies was going mainstream.

But the Bank of Canada thinks differently. “Despite their growing popularity, these markets are not of systemic importance in Canada, neither as an asset class nor as a payment instrument,” the report read.

The Bank of Canada previously mentioned the threat of crypto assets to the banking system in its 2019 annual report, saying they have the “potential to create changes in the financial system.” Bitcoin advocates would argue that such changes are precisely the point.