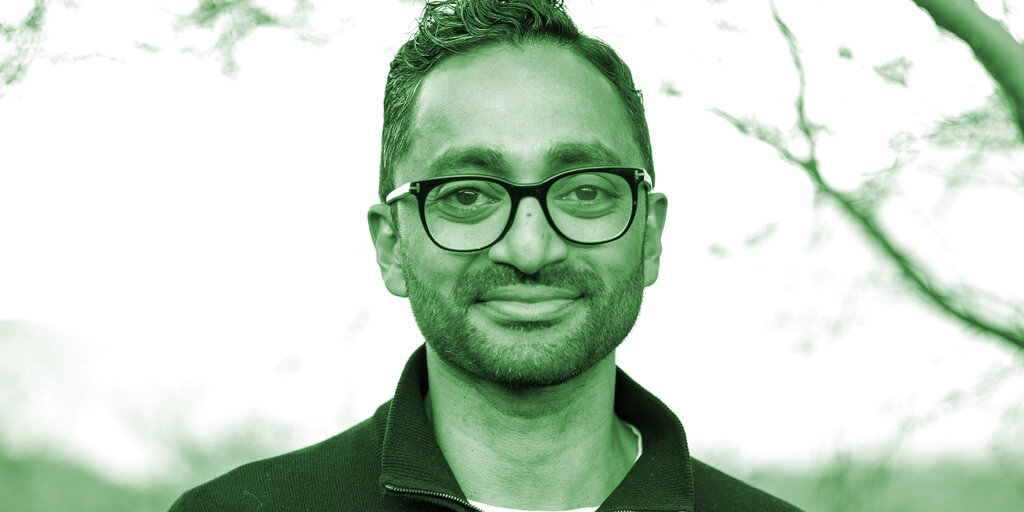 “It’s very hard for me sitting here to give you a price prediction, but I can pretty confidently say that Bitcoin, I think, has effectively replaced gold,” Palihapitiya opined, speaking to CNBC’s Scott Wapner at the Delivering Alpha conference on Wednesday. He added that, “it will continue to do so. And so that market cap is just going to grow.”

Bitcoin isn’t the be-all and end-all for Palihapitiya, though. “For the first time, I think we’re seeing the initial versions of the solution that we thought Bitcoin was supposed to be,” he told Wapner. “Smart contracts, better savings accounts, better insurance, better credit scoring.” That, he said, is happening through decentralized finance (DeFi) platforms “being built on Ethereum and Solana.”

“For the first time, I think we’re seeing the initial versions of the solution that we thought Bitcoin was supposed to be.”

Nevertheless, Palihapitiya’s focus remains primarily on Bitcoin, with the billionaire stating that he has only put a “small capital” outside of the biggest cryptocurrency. Though what he considers “small” might raise eyebrows.

“I haven’t put a lot of money outside of Bitcoin obviously,” Palihapitiya explained. “You know, tens of millions, hundreds of millions—like small capital right now. It could get very big. But irrespective of what I do, I will say we all need to pay attention to it because I think the implications are enormous.”

Stating that he’s “very concerned about medium-term inflation,” Palihapitiya argued that he wants to own three things: hyper-growth assets, such as companies that are growing over 50% a year, cash generative assets, such as mining stock, and non-correlated assets. In the latter category, he placed “Bitcoin, Solana, DeSo [decentralized social media], a lot of the DeFi protocols because it’s a great counterintuitive hedge against all of this stuff.”

Still, investing money in crypto could be a risky proposition, especially as regulators around the world have been breathing heavily down Bitcoin’s neck lately. For example, the U.S. Securities and Exchange Commission’s chairman Gary Gensler has recently reiterated that cryptocurrencies are a “highly speculative” asset class.

Asked about Ray Dalio’s recent comments on regulators potentially “killing” Bitcoin if it becomes really successful, Palihapitiya said it would be “very difficult.”

“I think it’s very hard to kill. So technically, it’s very difficult. Just the way that it’s architected, it is the most profound iteration of the Internet that we’ve seen,” Palihapitiya argued.

“[Bitcoin] is the most profound iteration of the Internet that we’ve seen.”

As for the current iteration of the Internet, Palihapitiya argued that its biggest problem is that it’s dominated by a handful of Big Tech companies. The emerging Web 3 space, taking in cryptocurrencies, DeFi, and decentralized autonomous organizations (DAOs), promises to change all that, however. Web 3, said Palihapitiya, “is rebuilding all of that stuff without an obvious leader. It’s completely headless. It’s entirely peer-to-peer. And I think that that’s both scary and exhilarating.”