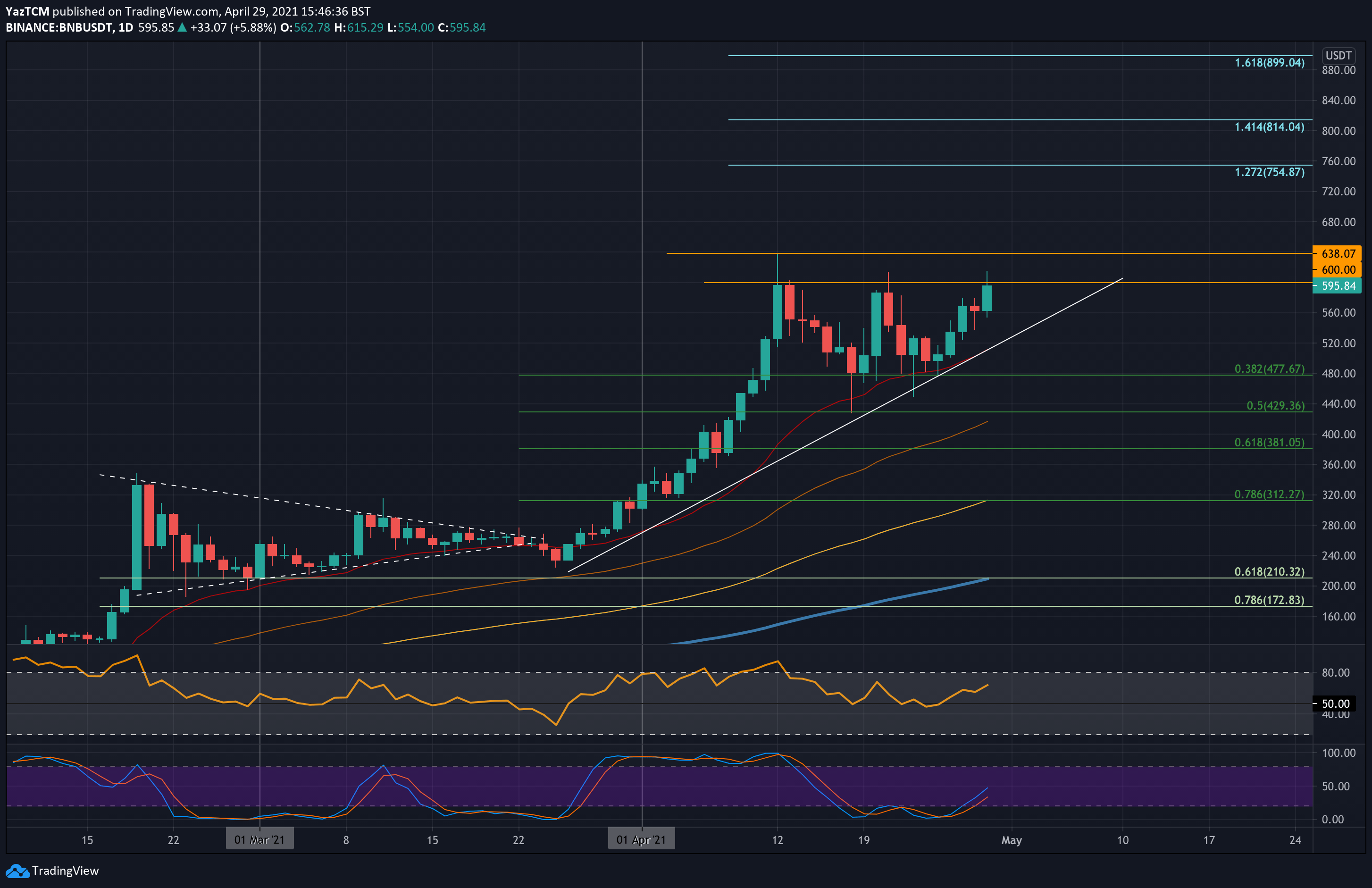 BNB is performing well this week as it climbs back into the $600 resistance today. The cryptocurrency had been at this level last week but failed to close a daily candle above it. As a result, BNB headed lower until finding support at $477 (.382 Fib & 20-days MA) over the weekend.

It rebounded from the 20-days MA on Monday and started to climb higher to reach $600 today. This is the highest daily closing price on record and it has formed an ascending triangle pattern. A closing candle today above $600 would signal a breakout of this triangle and could push BNB toward $700.

The RSI is above the midline, indicating the bulls control the market momentum. Additionally, the Stochastic RSI also produced a bullish crossover signal.

Against bitcoin, BNB managed to break above its ascending triangle pattern after pushing above the roof of the pattern at 0.0105 BTC today. The cryptocurrency had been trading in a narrow range between 0.0105 BTC and support at 0.00988 BTC for the past week.

The latest breakout signals the next move for BNB/BTC and shows the bulls are ready for another bullish push higher as it sets new ATH prices today at 0.0113 BTC.

The RSI remains above the midline as the bulls maintained control of the momentum since the end of March. The Stochastic RSI also produced a bullish crossover signal.