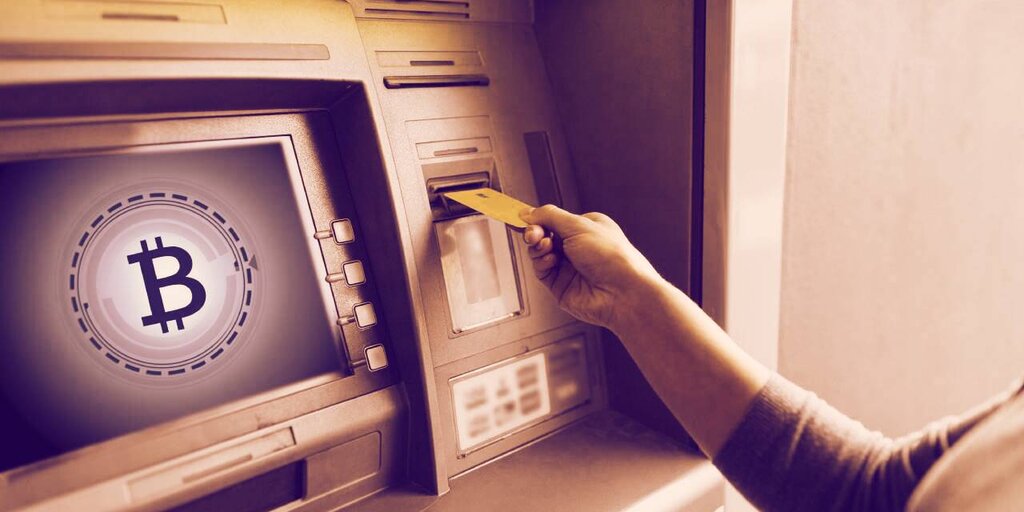 Bitcoin ATMs are coming to Texas supermarkets. Twenty nine crypto Coin Cloud ATMs will be set up in H-E-B stores, according to local media.

The crypto ATMs, which allow users to buy and sell over 30 different cryptocurrencies, including Bitcoin and Dogecoin, will first be available in H-E-B stores in Houston, The Laredo Morning Times reported Friday.

H-E-B is a supermarket chain with stores all over Texas and some in northern Mexico. It gained national attention earlier this year when, in February, it provided assistance to Texans affected by the deadly winter storm.

Coin Cloud is a Las Vegas crypto ATM company. It has machines in 47 states across the US and in Brazil. Its 2,000th machine arrived in a H-E-B store this week, the company announced on Wednesday.

A crypto ATM is like a regular ATM but rather than dispensing cash, it allows users to buy and sell Bitcoin and other digital assets.

But why would anyone want to buy crypto while doing their grocery shopping? Well, crypto ATMs allow would-be traders to buy and sell quickly, without having to deal with setting up an account with an exchange.

Bitcoin ATMs can also come to the rescue when banks block cryptocurrency transactions. And such exchanges were also once completely anonymous, but now in the US the Financial Crimes Enforcement Network (FinCEN) regulates them.

How to Find a Bitcoin ATM Near Me

Some crypto ATMs still afford their users more privacy than an exchange and often don’t collect personally identifiable information when making relatively small (less than $500) purchases. CoinCloud, however, states on its website that it does, in fact, require standard know-your-customer (KYC) data from its ATM users.

Chris McAlary, Founder and CEO of Coin Cloud, said that the machines will remind people of how big a role cryptocurrency plays in our everyday lives.

“As we continue to expand, retailers will become increasingly aware of the important role digital currency plays in the future and how Coin Cloud’s expansive rollout of DCMs will help them meet the forward-looking needs of their shoppers from a technological and financial standpoint,” he said.

It might be a long time before retail investors use their Bitcoin and Doge to buy their groceries, though.