The cryptocurrency market saw almost $875 million in liquidations on Tuesday, with over 215,000 traders liquidated across multiple exchanges.

According to data from CoinGlass, the largest single liquidation order happened on Binance, where a $10.37 million LTC/USD position was closed. Bitcoin led the way when it comes to liquidation size, with just under $7 million, or 114.83 BTC liquidated. Around $3.8 million in ETH positions were also closed, CoinGlass showed.

Despite an overall rise in the open interest of Bitcoin futures, today’s sharp drop led to a noticeable change in funding rates. Funding rates are periodic payments made either to long or short traders based on the difference between perpetual contract prices and spot prices. A bullish market comes with positive rates that rise over time, while bearish sentiment brings negative funding rates.

Data from DeFi Rate showed that the funding rates across four major exchanges—Binance, FTX, BitMEX, and dYdX—saw a major decline. dYdX and FTX were today’s bearish leaders, with both seeing negative funding rates. 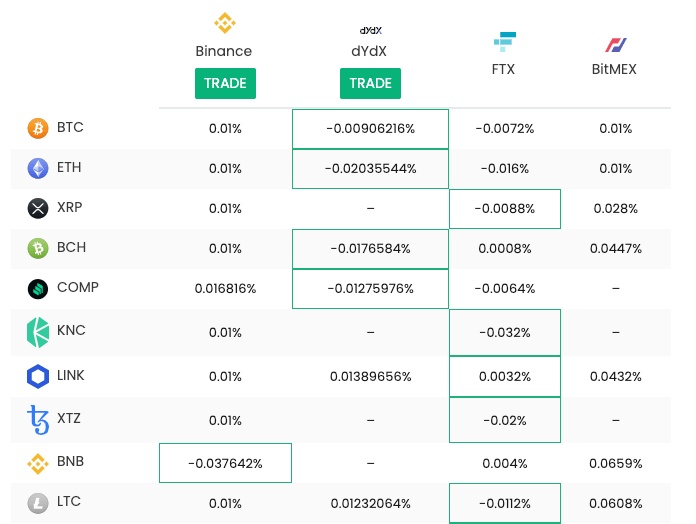