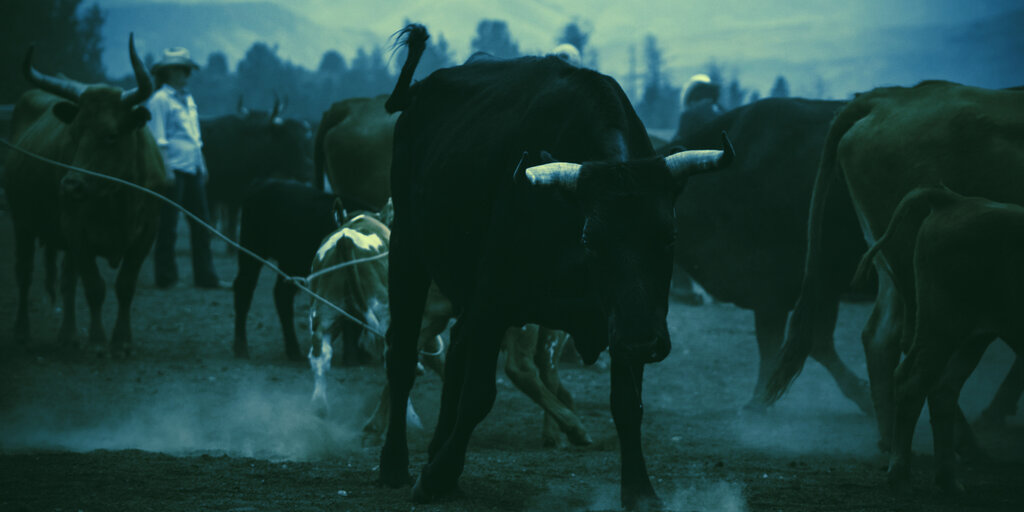 The combined cryptocurrency market capitalization has surpassed $3 trillion for the first time on Monday as a number of top altcoins posted strong gains.

According to crypto analytics platform CoinGecko, which currently tracks over 10,000 coins across 517 trading platforms, the market cap of all assets increased by 4.1% over the last day, peaking at $3.019 trillion. Among those leading the charge is Dogecoin (DOGE), which reached a local high of $0.292 on Monday before backtracking to $0.283 by the time of writing. This is still a 7% increase over the day, making the meme coin the best performing asset among the ten-largest cryptocurrencies.

Dogecoin experienced an extremely volatile few weeks, and on several occasions was even flipped by Shiba Inu, another dog-inspired meme coin that rose to prominence over the last year.

It, however, regained ninth place in the rankings after SHIB’s massive sell-off last week, with the current market cap standing at $37.45 billion.

The market’s second-largest assets broke a new all-time of $4,782 earlier on Monday, before slipping down to $4,736 by press time.

Ethereum, which is up 2.5% over the day and a massive 987% since the start of the year, is now responsible for as much as 18.7% of the combined crypto market capitalization with $563.4 billion.

Bitcoin (BTC) is on the rise as well, having recorded a 5.9% increase over the last day per CoinGecko.

Coincidence or not, but today’s price action came shortly after Barry Silbert, the CEO of Digital Currency Group (DCG), tweeted that he expects “a big week” for crypto, with his post amassing more than 16,000 likes and over 1,900 retweets by press time.

Going to be a big week

DCG, which is the parent company of Grayscale Investments and Genesis Trading, is among a dozen other companies hoping to land approval for an exchange-traded fund (ETF) backed by actual Bitcoin rather than Bitcoin futures contracts.