Bitcoin, Ethereum Tank as $4 Billion in Options Expire. Here’s Why 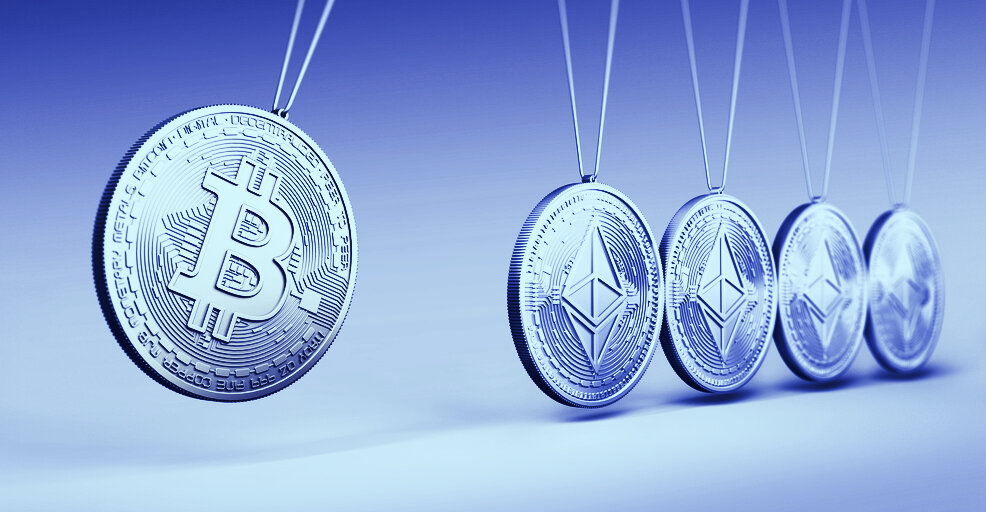 Bitcoin, Ethereum and the wider market have taken a big hit in the past 24 hours. The two biggest cryptocurrencies are down 7.6% and 8% respectively in the past day. Could it be related to the $3.8 billion (at today’s prices) in options contracts that just expired?

Well, yes and no, according to experts.

Bitcoin and Ethereum options are derivatives contracts that provide buyers with the right—not the obligation—to buy the assets at a certain price in the future. When options are set to expire, the market can become volatile. This is because would-be traders will either continue to hold or dump their potential crypto buys.

On the last Friday of May, a load of options expired—and the market crashed.

Today, Bitcoin options representing 83,700 BTC (worth $2.6 billion) and 685,000 in Ethereum (roughly $1.2 billion) expired. That’s a record amount of options contracts expiring in one day for Ethereum. And both assets are struggling, which suggests traders opted to sell.

“I think it’s plausible [it is causing volatility] since it’s the largest ever options expiry [for Ethereum],” Ki Young Ju, CEO of CryptoQuant, which provides data for investors, told Decrypt. He added that he believed this was evidence of a bear market—especially as Ethereum supply across all exchanges has been steadily increasing, meaning that investors are perhaps ready for a sell-off.

Is the Bitcoin Bull Run Just Getting Started? Experts Weigh In

But the market was actually already having a hard time.

On Tuesday, Bitcoin fell below $30,000 for the first time since January. Ethereum also dipped below $2,000. There are a number of reasons for the crash, but China is partly to blame: the country’s central bank this week told five of the country’s largest banks as well as payments platform Alipay to stop doing crypto-related business.

That’s just but the latest in a string of moves from the country targeting the crypto industry. Prior to this, the country moved to enforce a Bitcoin mining ban, sending the price of the currency down the pan, and doubled down on the central bank’s 2017 ban on financial institutions and payment firms engaging in crypto transactions.

Chinese miners are actually now looking outside of the country’s borders to continue their operations.

This is also compounding today’s drop in prices, other experts said. Alexandre Lores, NFT Analyst for Quantum Economics, said that it was “more likely a matter of technical selling pressure,” that the market has struggled.

“Bitcoin faced a strong rejection around $35,000, and when it failed to break through resistance at that level, it headed toward support around $31,500,” he said. “If this support holds, bitcoin may head back to $35,000. Most coins in the market, such as ether, are heavily correlated to BTC/USD at the moment.”

Alex Kruger, an ex-banker turned analyst, also said that today’s crash was “likely” related to the expiration of the options. But he added, “there rarely is a single variable” and to look out for “possible further china crackdown announcements in the coming days.”

Whatever the causes, crypto traders will likely be sweating for the coming weeks.