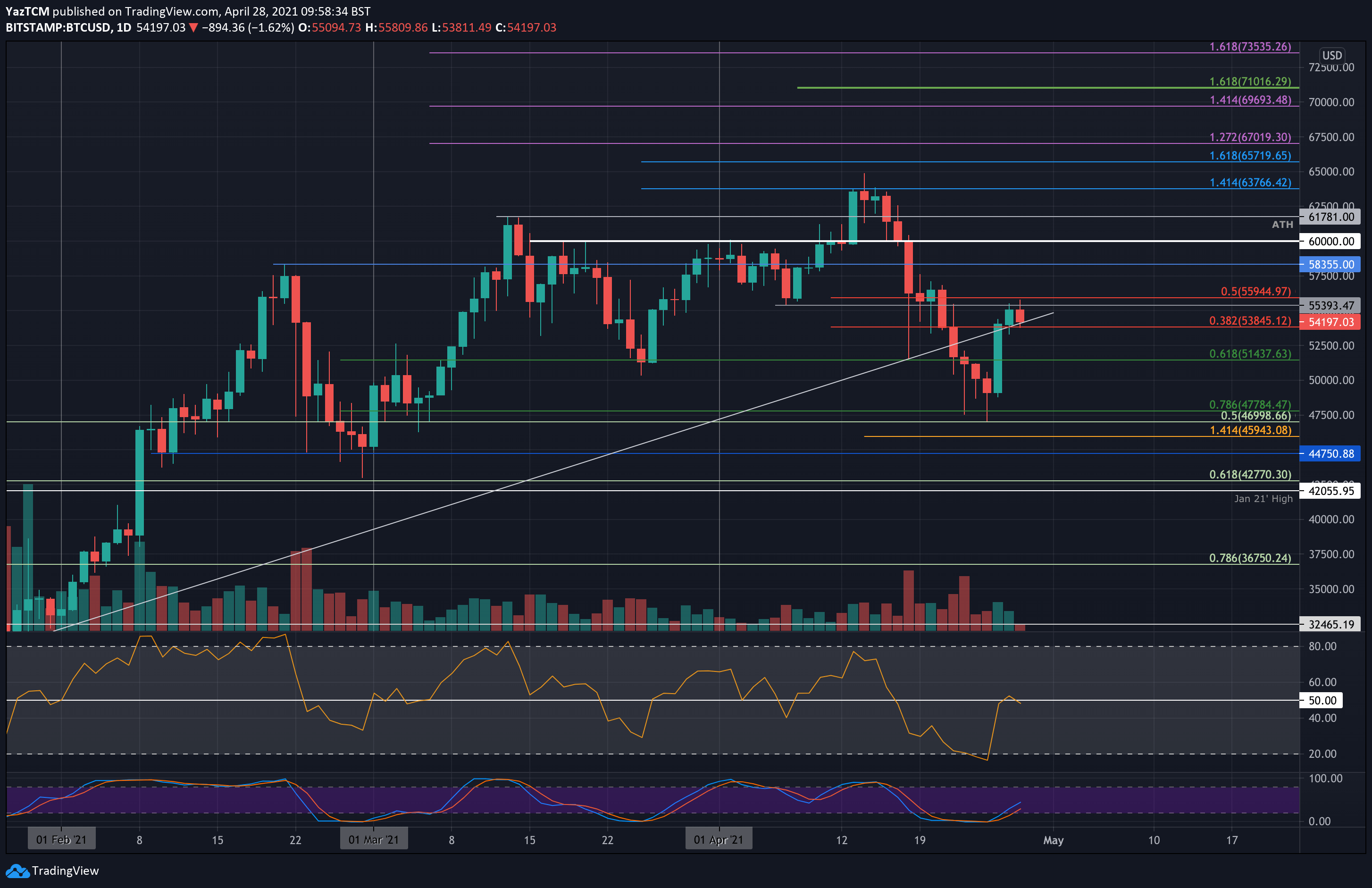 Bitcoin is slightly down today after struggling to hold above the critical level of $55K. This comes following a few bullish days as the primary cryptocurrency rebounded from a two-week downtrend, hitting as low as $47,000 on Bitstamp (.5 Fib) the day before. BTC found support on a 3.5-month old ascending trend-line, which started forming in January.

So far, bitcoin added over $8k to its price, recording today’s low above $55,800 before getting rejected. Looking at the 1-hour chart, it encountered a short-term descending trend-line, and despite the recent bullishness, it still forms a lower-highs trajectory which is textbook bearish (in the mid-term).

The main question is whether bitcoin can regain position upon the 50-day moving average line together with the $57k horizontal support, which will also ‘break’ the lower-highs pattern.

Earlier today, BTC spiked above $55,800 on Bitstamp but quickly reversed back down below the next major resistance level at the mentioned $55K area.

The daily RSI is trading along the midline, indicating indecision within the market. It rebounded from the most oversold conditions since March 2020 at the beginning of the week to return to the 50 level – signaling the previous bearish momentum had dissipated a bit.