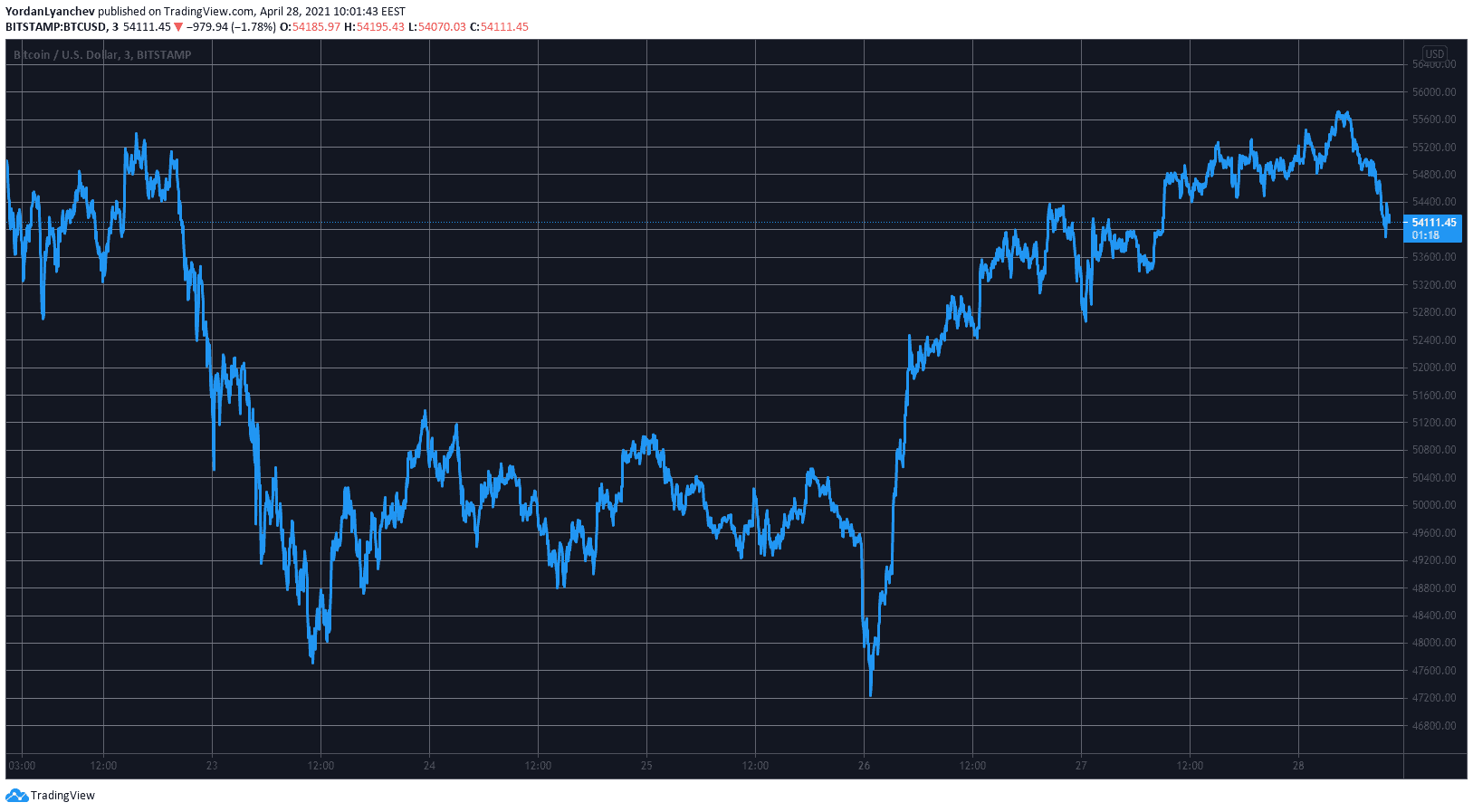 Following a few days of gradual increases, bitcoin has slowed down and dipped to around $54,000. Apart from Ethereum, which painted yet another all-time high hours ago, and DOGE, most other alternative coins have also declined slightly on a 24-hour scale.

The primary cryptocurrency reacted well a few days ago when it plummeted to its lowest price tag in almost two months at $47,000. In the following hours, the asset regained more than $6,000 of value.

The trend continued upwards to a new weekly high painted earlier today at just shy of $56,000. However, bitcoin failed to keep marching on north as the bears took control. In a matter of minutes, BTC lost nearly $2,000 and dipped below $54,000 briefly.

The alternative coins enjoyed the past few days with impressive price performances. Ethereum doubled down, as reported earlier today, and the second-largest cryptocurrency went on to register a new record of just above $2,700. Nevertheless, ETH has also retraced since then and is down below $2,600.

Binance Coin jumped to a new weekly high of over $570 yesterday but has calmed to approximately $550 now. DOGE is the best top-ten performer with a notable 10% surge. As a result, the meme coin, believed by some that it’s in a bubble state, trades above $0.30.

Polygon, formerly known as Matic, has managed to surge to a new all-time high at almost $0.9 following an impressive daily surge.

Ultimately, the cumulative market cap has decreased slightly in a day, but it still hovers over $2 trillion.