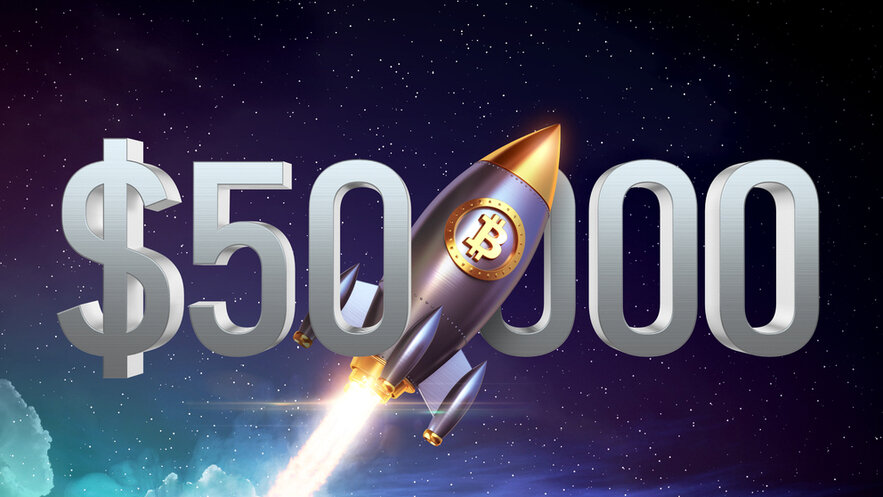 Bitcoin returned to the $50,000 mark on Sunday evening, a major price milestone as the crypto market continues to break out from its spring crash and subsequent summer slump.

The last time Bitcoin saw $50,000 was in mid-May, just after Tesla CEO Elon Musk said his company would no longer accept Bitcoin as payment for its cars due to environmental concerns. That news along with a crackdown in China sent Bitcoin tumbling in the days and weeks that followed.

Musk’s 180-degree turn stunned investors since Tesla had bought $1.5 billion worth of Bitcoin just three months earlier, and that purchase had boosted confidence among institutional and retail investors.

The damage was further exacerbated the following week when the Chinese government vowed to crack down on Bitcoin mining and trading—and later did.

Bitcoin lost more than half of its value, falling below $30,000 on multiple occasions over the past few months. But much of the loss has slowly been recouped, and the rest of the market has followed.

Like all round numbers with plenty of zeroes, many traders consider $50,000 a psychological marker of success. Breaching it paves the way to further neat numbers, like $55,000 or $60,000.

“While it’s tempting to look at the news cycle,” Jonathon Miller, Kraken’s managing director for Australia, said at the time, “it seems more probable that the technical and psychological importance of the $50,000 level is most relevant.”