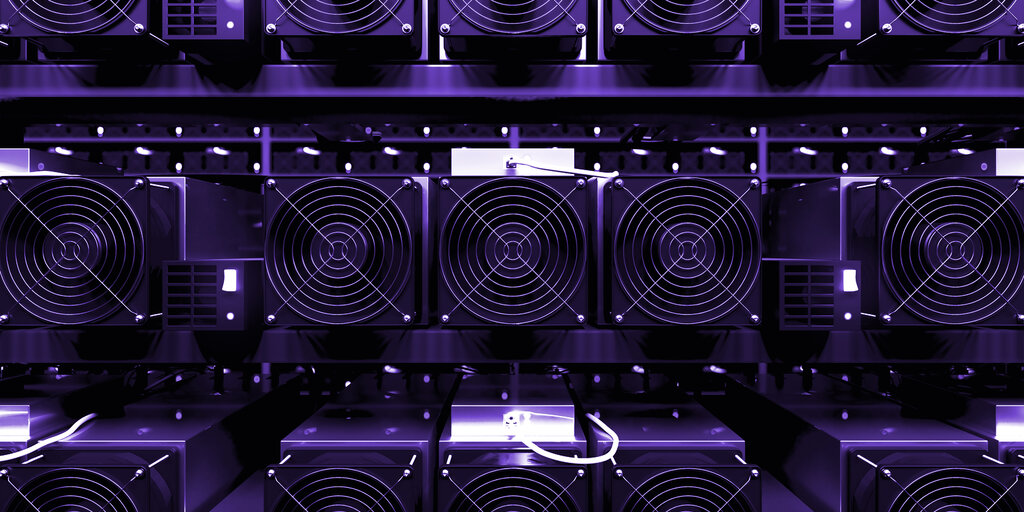 Bitcoin’s hash rate has risen by almost 5% overnight, according to Ycharts. Now 104 EH/s back the network, indicating a slow recovery from a tough crackdown from Chinese Bitcoin mining that sent many miners offline.

The hash rate dropped by 17% last week following a state-issued shutdown order in Sichuan, a province popular for mining operations due to an excess of cheap hydroelectric power. The order forced 26 mining farms to shut down.

Bitcoin has done well to recover—many Chinese miners have relocated to North America and Kazakhstan—although the network’s hash rate is still 1.68% lower than this time last year.

Chinese blockchain journalist Colin Wu tweeted, “it is expected that it will be difficult to return to [its former level of] 130E in half a year, unless China’s policy is loosened.”

The hashrate of Bitcoin began to slowly rise, and some Chinese miners’ machines began to land in Kazakhstan and North America, but it is expected that it will be difficult to return to 130E in half a year, unless China’s policy is loosened. pic.twitter.com/EQp29iumOz

For Wu, the numbers still highlight an inextricable link between crypto and Chinese policy decisions. “We cannot underestimate the influence of China on the cryptocurrency industry,” he tweeted.

All in all, we cannot underestimate the influence of China on the cryptocurrency industry, and we also have certain expectations for future policy opening (although it is not possible in the short term).

The current Chinese crackdown started in mid-May when three payments associations in the country reiterated support for the central bank’s 2017 ban on financial companies engaging in crypto transactions. Following that announcement, the price of Bitcoin sank 30% from over $40k to $30,415.

Even though the news seemed relatively innocuous, Bitcoin is far from recovering to its former all-time high of $64,800 in mid-April. It currently trades at less than half that: $31,158.