Cardano (ADA) is on track with its “digital transformation” of Ethiopia 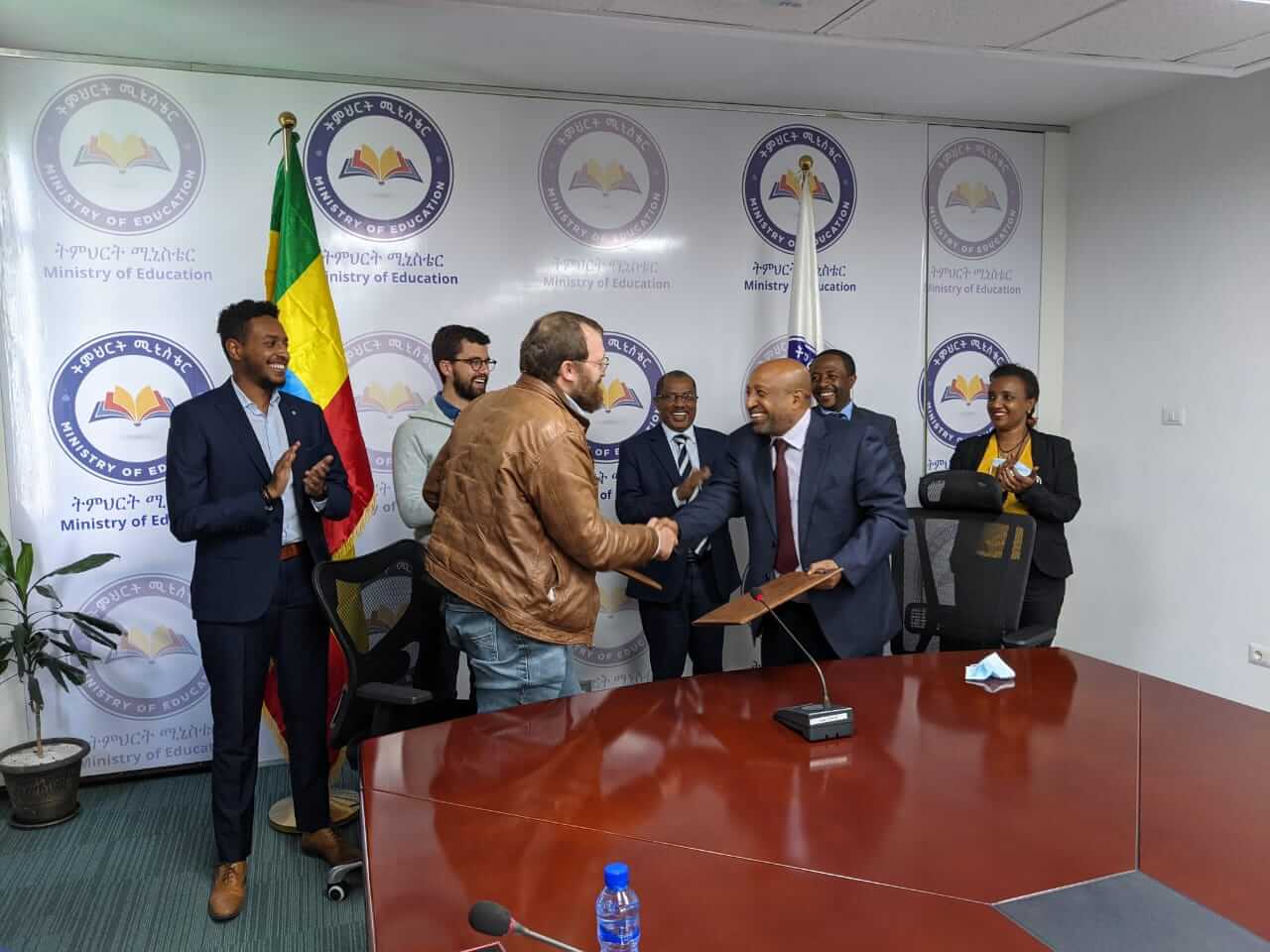 This month, the IOHK team, headed by Charles Hoskinson, has been in Africa meeting entrepreneurs and politicians in a bid to further the Cardano cause.

In doing so, Hoskinson and the team “dropped by” Ethiopia’s Ministry of Education for a follow-up on the student credential system first mentioned in August.

“Dropped by the MOE today to discuss the digital transformation of Ethiopia’s educational credentials. Five million students on schedule.”

The credential system set out to overhaul the academic records of 5 million students by putting information, such as attendance and grades, on the blockchain to capture the data and provide a digital identity system.

Hoskinson told Bloomberg that this is the initial phase of the program. Later on, the intention is to use it as a springboard to launch a national ID system in the country. This would see a step up in numbers to 110 million users.

“It’s our intention to compete amongst others for the whole national ID system, which is about 110 million people.”

Cardano is making a splash on the global stage

The Cardano Atala Prism project in Ethiopia was ranked the 14th (out of 50) most influential project in 2021 by the Project Management Institute (PMI).

“As the largest blockchain deal ever signed by a government, the project is demonstrating how crypto assets can help drive positive socioeconomic change across Africa and beyond.”

The PMI described the project as a gamechanger, which has the potential to improve the educational outcomes of Ethiopian students.

IOHK’s Director of African Operations, John O’Conner, said there was initial resistance against the project at the governmental level. But the state started to realize that digital identity and blockchain technology are not as disruptive as first thought.

Cardano’s presence in Africa has been called into question on numerous occasions. But Hoskinson has responded by shutting down any skepticism, saying the region has great promise.

More specifically, in explaining why IOHK is in Africa, a recent blog post gives insight into the strategy behind the move.

It states that Africa has “no allegiances to the systems of the past,” which, in any case, haven’t “worked out so well here.” As such, the entire infrastructure is up for grabs in terms of implementing better, more egalitarian ways of doing things.

With that, by positioning itself now, Cardano is set to ride the wave of progress as Africa gains greater significance on the global stage.

The post Cardano (ADA) is on track with its “digital transformation” of Ethiopia appeared first on CryptoSlate.