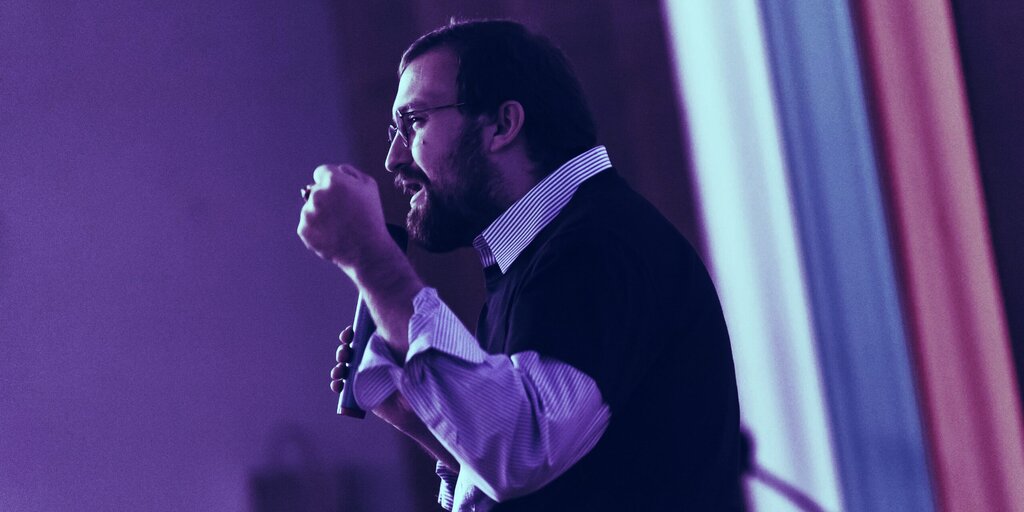 Cardano developer IOHK has started rolling out the infrastructure to introduce smart contracts to the blockchain platform—bringing it nearer to the functionality enjoyed by rival Ethereum.

Today, we are delighted to report we have successfully spun up the first testnet in our #Alonzo rollout. #AlonzoBlue is our early alpha network, providing core Alonzo-node networking capability. 1/2https://t.co/z8shaZeIhq pic.twitter.com/Eg2t9PdM8x

Announced today, “Alonzo”—named after mathematician and theoretical computer scientist Alonzo Church—is the first part of a series of upgrades that are expected to bring full smart-contract functionality to the blockchain by the end of August.

“The most critical engineering path, integration path, coordination path, and community path are for the next 90 days,” said Cardano founder and IOHK CEO Charles Hoskinson in an update he broadcast earlier this week.

Smart contracts are a key feature of Cardano’s evolution. They will enable the platform to host Decentralized Finance (DeFi) applications for the first time, and to compete with other DeFi ecosystems.

Ethereum is the current leader in the space by a long chalk, but the network’s rise has been hampered by high fees and slow transaction times. Ethereum is currently also in the process of a major upgrade, but the current hubris gives Cardano, and other rival projects including Binance Smart Chain, Solana, and Polkadot, an opportunity to advance.

Since its inception in 2015, Cardano has been characterized by rigorous academic research and testing. The many “epochs” of the platform’s transformation, named after famous international poets Byron, Shelley, Goguen, Basho and Voltaire, are bisected by various sub-phases, and multiple testnets.

Earlier this year, Cardano completed its “Shelley” phase, which transformed Cardano from a federated blockchain into a decentralized one, since the community became validators of the blockchain.

Alonzo is the ultimate phase in the network’s “Goguen” era, which adds smart contracts. Its rollout has three phases—blue, white and purple, leading up to a hard fork that’s expected in August.

With each phase, the developers plan to introduce more users and add new features.

Cardano’s strategy may be considered piecemeal by some but it doesn’t appear to have done ADA, the platform’s native cryptocurrency any harm. The token is currently ranked fifth, by the size of its market cap, and has been one of the fastest rising this year.