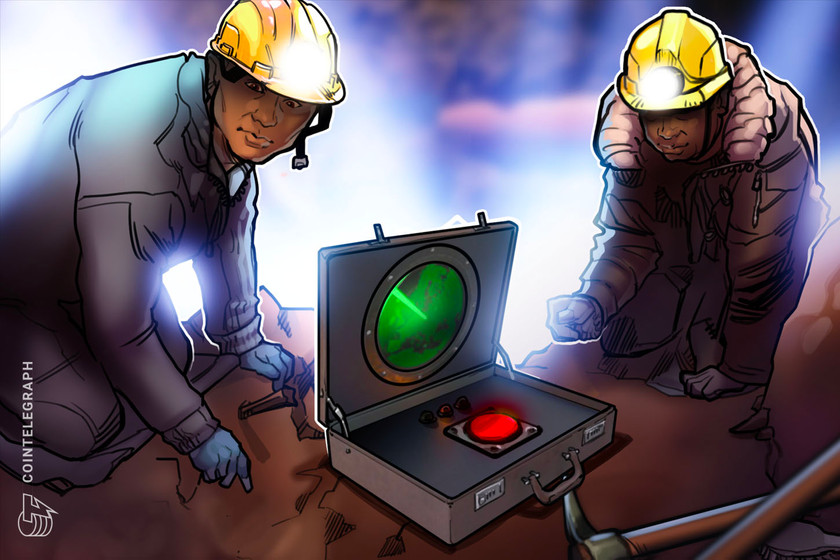 A Chinese-Iranian Bitcoin mining facility is set to resume operations after being forced to shut down earlier in the year.

After four months of closure, Iran’s largest Bitcoin mining facility is set to resume its operations.

According to a report by IranWire, the decision to restart operations at the Bitcoin mining farm was due to massive financing put up by Chinese backers.

Located in Rafsanjan, a city in the Kerman Province of Southeast Iran, the Bitcoin (BTC) mining farm was at the center of controversy earlier in 2021.

Back in January, the authorities in the province ordered the closure of the mining hub amid sweeping electricity blackouts in Iran.

Indeed, the Rafsanjan Bitcoin mining center reportedly consumes 175 megawatt-hour of electricity — almost a third of the total power allocated to crypto miners in Iran. Established back in 2019, the BTC mining farm is reportedly the largest data center in the Middle East.

Addressing the city council on Wednesday, Rafsanjan representative Hossein Jalali argued that the huge investments in the Bitcoin mining center “should not be lost.”

However, residents are reportedly concerned that the reopening is proceeding without any efforts to mitigate the electricity outage problems.

The Rafsanjan facility is one of many Chinese-backed Bitcoin mining facilities in Iran, especially in the Southeast special economic zone.

Chinese money flowing into Iranian Bitcoin mining operations appears somewhat along the margins of the economic relationship between both nations under the aegis of the “25-year contract.”

Stricter electricity consumption laws are reportedly forcing Chinese miners out of some of the major crypto mining hubs in the country. Iran likely offers an alternative for such enterprises given the country’s cheap electricity costs.

As previously reported by Cointelegraph, Iran’s growing crypto mining scene has been blamed for the worsening in air quality across major cities in the country.

2021-04-15
Previous Post: 3 reasons Dogecoin is up 123% this week, hitting 10 cents for the first time
Next Post: Experts debate whether NFTs really need blockchain