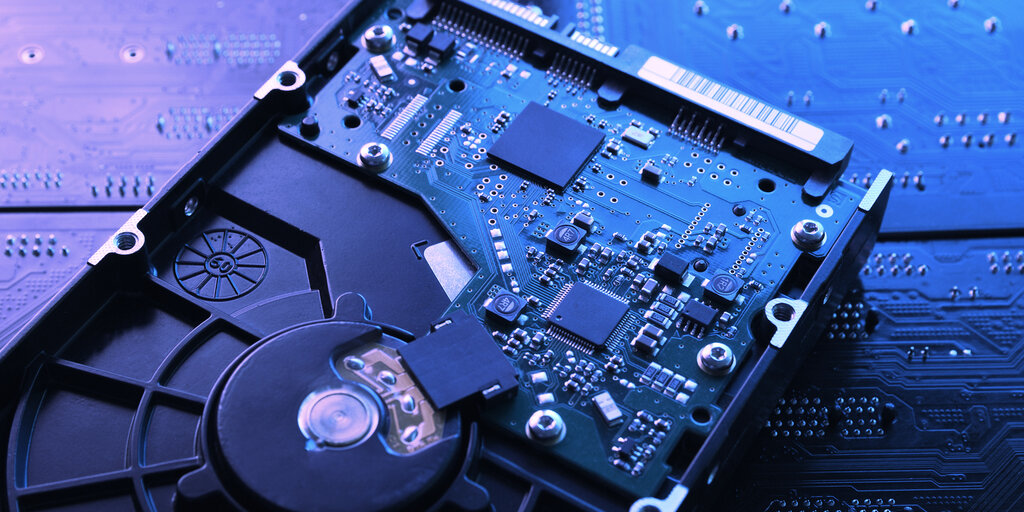 “Yes, it’s true, we have expanded the terms and conditions and banned crypto mining. We have received many orders for our large hard drive servers. For this, however, large Storage Boxes [storage servers] are increasingly being rented,” the company tweeted yesterday (in text translated by Decrypt using an auto translator).

The firm explained that it has been seeing a surge in user demand for storage servers, known as Storage Boxes, following the launch of Chia in early May. Apart from an increase in bandwidth load, Hetzner is also concerned that continuous usage of its storage drives for mining could lead to premature breakdowns.

Because of this, the updated service agreement now says that “In order for us to operate a high-performing and reliable network for our customers, the operation of applications for mining cryptocurrencies is prohibited.”

Seed and farm at home

BitTorrent founder Bram Cohen created Chia. Unlike computationally and energy-intensive proof-of-work blockchains—such as Bitcoin or Ethereum—Chia “farmers” use storage space to mine Chia.

Chia “farmers” reportedly caused shortages of hard drives in Southeast Asia as they raced to snap up suitable hardware ahead of its launch; stocks in hard drive manufacturers have subsequently seen an uptick.

While Chia mining systems may include both high-speed SSDs and slower HDDs, some recent reports have suggested that constant and extensive write load could result in drives breaking down in a matter of two to three months. Some reports peg breakdown to just a few weeks.

SSDs, in particular, are known for their limited lifespans since they are designed to last only for a certain number of write cycles. Under “normal” conditions, this could be at least several years, but their life expectancy becomes much shorter under extreme loads.

For some odd reason the ‘Chia burns out hard drives!’ is getting repeated as the fashionable fud. This is odd, because for the most part it’s just plain wrong (thread)

Still, Cohen himself recently argued that the “Chia burns out hard drives!” narrative is nothing more than a “fashionable FUD.”

“If you plot with a plain old HD or an enterprise-class SSD, then your drive will survive no problem. Plotting on hard drives, including the one which you’ll probably leave your plot on, works fine. It’s a bit slower and requires more headroom, but works fine,” Cohen said.

“Don’t plot with consumer SSD! Or at least, only do a little bit of plotting with each consumer SSD,” he concluded.

2021-05-20
Previous Post: What is PancakeSwap? How to Use the Binance Smart Chain DEX
Next Post: Mystery Donor Gives Penn Wharton $5 Million in Bitcoin, School Says It Has ‘Downside’ Protection