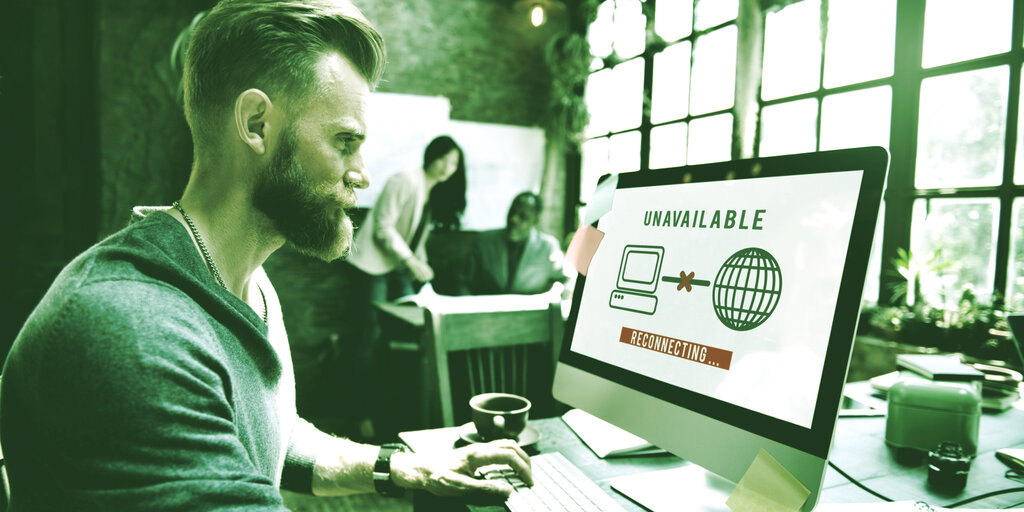 Several large cryptocurrency exchanges had trouble staying open during Wednesday’s market crash, which saw Bitcoin and Ethereum lose 30% and 40% of their value, respectively, in 24 hours.

Decentralized exchanges managed to stay up despite the high trading volumes generated by today’s selloff.

Centralized exchanges such as Coinbase allow people to buy, sell, and trade cryptocurrencies via an intermediary: the exchange. In this business model, trades aren’t registered directly on the blockchain, but rather within the exchange’s own wallets; the exchange takes custody of your crypto.

One feature of decentralized exchanges is that they’re mostly immune to the outages that face their centralized peers. That’s because they’re distributed protocols that use smart contracts on a public blockchain, often Ethereum, to run. As long as the blockchain is operating, DEXs keep on trading. And blockchains have redundancies built in so that they do away with downtime; millions of computers are running the software around the world.

Ashleigh Schap, Growth Lead at leading Ethereum DEX Uniswap, reported that the exchange was working “flawlessly” this morning. And Rival DEX SushiSwap recorded boffo volume numbers today of over $2.5 billion in trading volume over the past 24 hours.

$2.51b volume on @SushiSwap over the last 24hour, the highest ever. https://t.co/FUmDsBzmgk

But all that isn’t to say trading on a DEX has no downside. For starters, tradable assets are often limited to those that use the same blockchain as the DEX, making it less than straightforward to buy assets such as Bitcoin. However, one can buy a “wrapped” version that mimics BTC. And THORChain, which is integrated with trading platform ShapeShift, has emerged as a cross-chain DEX that bypasses the need for Wrapped Bitcoin altogether.

Moreover, while trading technically never stops, it can get pricey due to network congestion on the blockchain itself, which is already an issue for Ethereum. So, depending on the exact time, buying $500 worth of ETH on a DEX today could’ve cost around $200 in network fees—though buying an asset that was above $4,200 just days ago at less than half that price was worth it to many. Still, if you were able to buy on Coinbase Pro, the fees would have been about $2.50 to the exchange.

Coinbase has a habit of going down during steep market corrections. Temporary surges in trading volume would necessitate having more servers permanently at the ready. The exchange said it would add server capacity in January, before it went public.

That same month, the CEO of Web3 blockchain data firm Pocket Network, Michael O’Rourke, told Decrypt: “It doesn’t make sense for Coinbase to 10x their server costs by having servers sitting there for unknown spikes in demand. The rate at which people are refreshing to buy crypto is faster than the physics of being able to quickly spin up servers on [Amazon Web Services].”