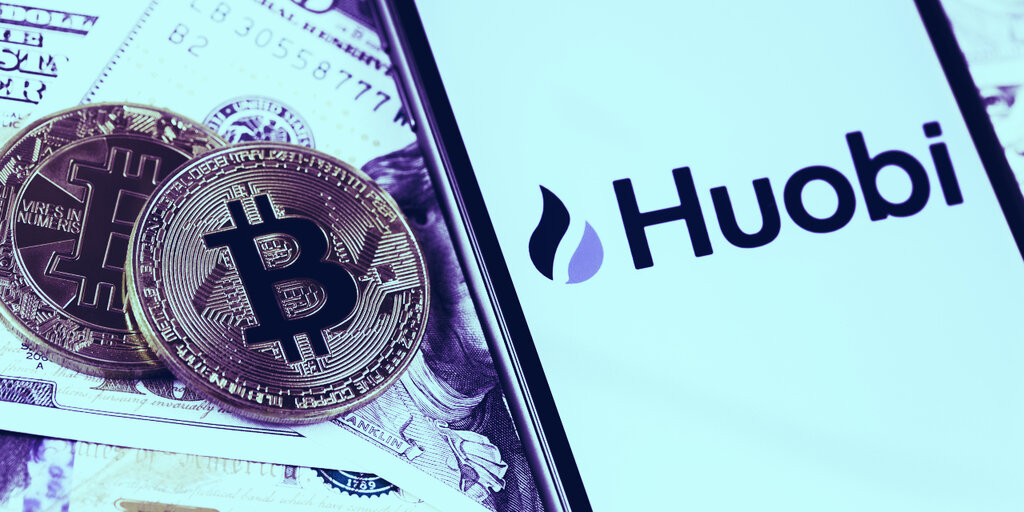 Crypto exchange Huobi anticipates a 30% drop in its revenue in the wake of China’s crackdown on cryptocurrency, according to its co-founder Du Jun.

Speaking to the Financial Times, Jun said that the exchange is “in the process of stopping servicing all [of its] Chinese users,” by the end of 2021. “There will be no Chinese users on the platform […] so our revenues from [these clients] are going to go to zero,” he added.

To offset the loss in revenue from the Chinese market, Huobi plans to expand its offering in other countries. “We are very comfortable in Asia and we are the leader here, but we need a new emphasis, we need to go global,” Jun told the FT.

Accordingly, the exchange is looking to quadruple its headcount from the current 1,000 as part of its efforts to expand globally.

Earlier this year, the Chinese government embarked on a sweeping crackdown directed against the country’s crypto industry. As crypto miners were directed to shut up shop by regional authorities, China’s State Council included Bitcoin mining in a list of financial risks that required monitoring.

In May, three of the country’s payments and financial associations reiterated a ban by the central bank on financial firms engaging in cryptocurrency transactions, and urged investors against crypto trading, describing it as a “speculative” activity.

A month later, the central bank called for Chinese banks and payment institutions to stop providing an array of cryptocurrency services, including opening accounts, transactions, and settlements.

China’s rationale behind clamping down on cryptocurrency is twofold. First, mining proof of work cryptocurrencies such as Bitcoin is an energy-intensive activity, with one study in early 2021 indicating that the activity could derail China’s emissions reduction targets.

But China’s Bitcoin mining ban hasn’t succeeded in killing off the cryptocurrency once and for all. While the initial crackdown led to miners in the country shutting down their operations and a crash in Bitcoin’s hash rate, many miners have since relocated overseas. By July, Bitcoin’s hash rate was well on the way to recovery; by October, the U.S. had become the largest Bitcoin mining market, overtaking China.