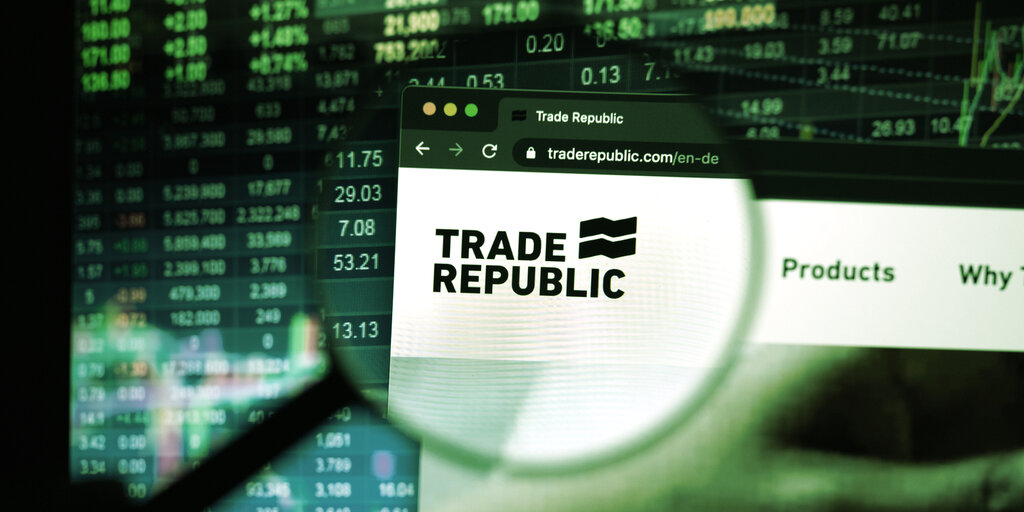 In an impressive milestone for the European neo-broker, Trade Republic has raised $900 million in a Series C investment round led by Sequoia. The platform enabled cryptocurrency services earlier this year.

Other backers include existing investors Accel, Founders Fund, Creandum, and Project A, with TCV and Thrive Capital joining the list.

The fresh funding brought Trade Republic’s market valuation to $5.3 billion, catapulting the German firm to the ranks of the most valuable fintech startups in Europe.

“We believe everybody should have the right to participate in economic growth,” said Trade Republic’s co-founder and CEO Christian Hecker. “This requires an easy-to-use, accessible, and affordable savings platform that is open to everyone.”

Trade Republic announces $900M investment, led by @sequoia, to drive its mission to help close Europe’s pension gap. With a valuation of $5.3B Trade Republic is amongst the most valuable FinTechs in Europe. pic.twitter.com/5nYtJNamiu

To date, Trade Republic operates in just three countries–Germany, Austria, and France. Still, the firm commands more than $7.3 billion (€6 billion) in assets under management, reaching over one million customers in the past two years.

For Sequoia, this is not the first investment in the neo-broker space–the Silicon Valley giant is among the largest backers of Robinhood, the popular American investing app, having led the company’s $280 million Series F funding round in May 2020.

“The democratization of financial markets will be one of the most important consumer trends of the next decade,” Doug Leone, managing partner at Sequoia, said in a statement. “Trade Republic is on the leading edge of this trend and has attracted an untapped generation of European savers who demand increased financial accessibility.”

Robinhood Raises Another $2.4B to Support GameStop Trading Surge: WSJ

The Menlo Park firm also backed Robinhood’s $3.4 billion funding round earlier this year, when the stock trading service was drawn into a controversy surrounding the GameStop saga.