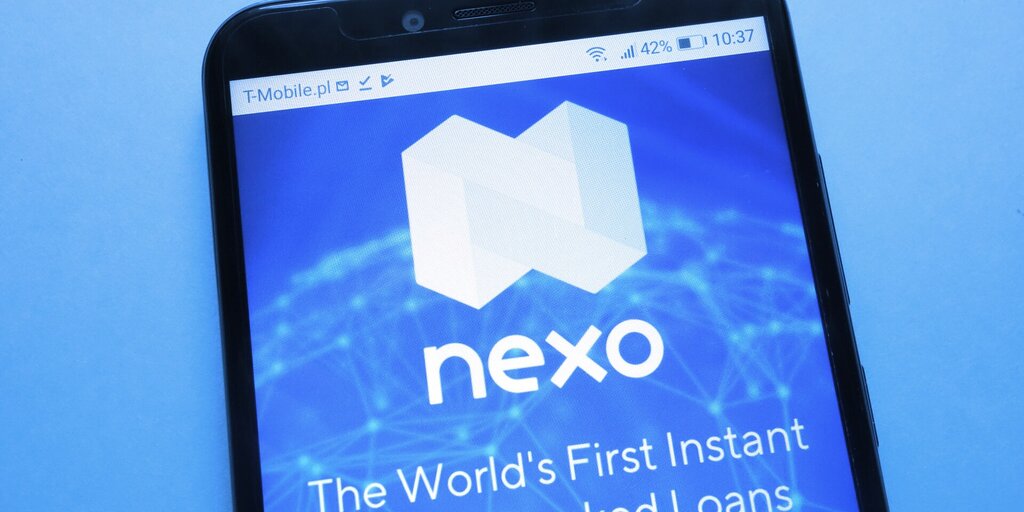 Texture Capital is a member of the Financial Industry Regulatory Authority (FINRA) and is registered as a broker-dealer with the U.S. Securities and Exchange Commission (SEC). The firm specializes in the issuance and trading of digital securities using blockchain technology. Texture Capital is incorporated in the state of Delaware and registered in all 50 states.

This regulatory pedigree is crucial for Nexo, as it allows the crypto lending platform to enjoy the advantages of a broker-dealer license and service U.S. citizens, said Nexo in an announcement shared with Decrypt.

Today’s announcement comes less than a month after the New York Attorney General Letitia James revealed that her office was conducting “additional investigations” into unregistered crypto lending and borrowing platforms.

At that time, the NYAG issued two “unregistered crypto lending platforms” with cease and desist letters. It also demanded that three other platforms hand over information about their operations to Ms. James’ office.

While the NYAG didn’t name the companies in question, one of the accompanying files was reportedly named “Nexo Letter,” suggesting that Nexo is one of the entities under investigation.

“Nexo is not offering its Earn Product and Exchange in New York, so it makes little sense to be receiving a [cease and desist order] for something we are not offering in NY anyway,” a spokesperson for Nexo told Decrypt at the time, adding that it was “a clear case of mixing up the letter’s recipients.”

The other company hit with a similar order was reportedly filed under the name Celsius Network. However, Celsius later denied it received a cease-and-desist letter from the NYAG.

While the investment in Texture can be seen as a way for Nexo to bypass regulatory hurdles in the U.S., it’s hard to say whether it came in response to the NYAG’s actions.

When asked how long the deal has been in the works, a spokesperson for Nexo said that they “were pleased with how quickly and efficiently the transaction developed,” and that the firm “managed to pass through all the required steps of our due diligence process.”

Nexo also refused to disclose the amount of the investment, only saying that it had acquired a minority stake in Texture Capital.

The firm stressed, though, that it sees the Texture Capital acquisition as “a strategic move,” since the current stake in Texture allows the lender “a far easier investment route while maintaining the same, crucial licensing potential.”

A spokesperson for Nexo further admitted that in terms of compliance capabilities, the potential for future access to Texture’s broker-dealer license “can open many doors for Nexo in the U.S.”