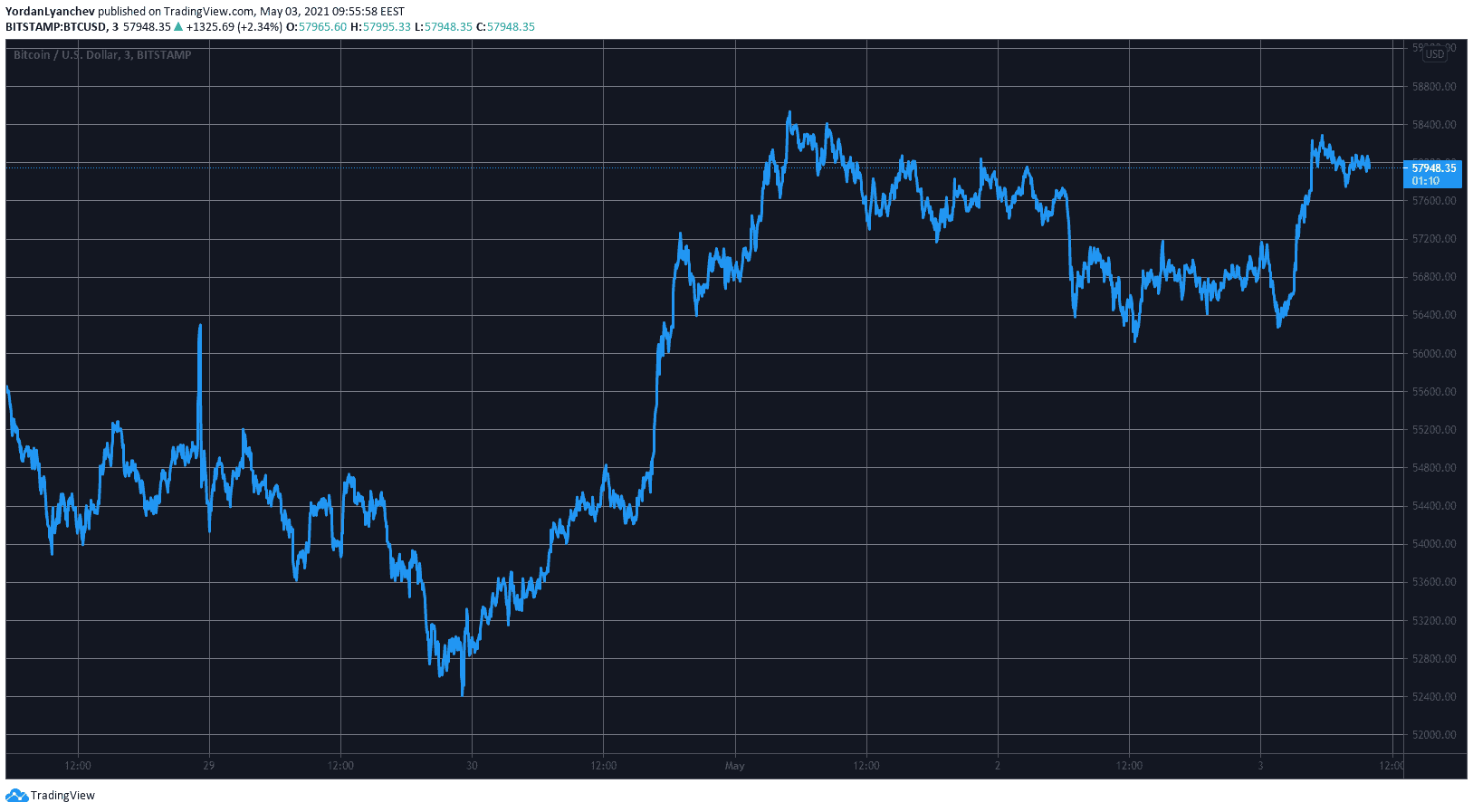 After reaching a 2-week high at $58,500 a few days ago, the primary cryptocurrency started to retrace slightly. In the following 48 hours, bitcoin dropped by more than $2,500, resulting in testing $56,000 once more.

As reported yesterday, BTC had troubles at that particular level again. However, the bulls took over at that point and pushed the asset upwards.

As a result, bitcoin added more than $2,000 of value in a matter of hours and reached $58,400. Despite retracing with a few hundred dollars since then, BTC is still about 2% up on a 24-hour scale.

When it comes down to the alternative coins, Ethereum has been stealing the shows for several consecutive days. The second-largest crypto marked multiple new records, leading to breaking another milestone hours ago by tapping $3,000 for the first time.

However, ETH wasn’t satisfied with just reaching a round-number and added more than $100 again for another record at over $3,100.

Ultimately, the cumulative market capitalization expanded by $70 billion in a day and $250 billion in four days to a new record of approximately $2.280 billion, according to CoinMarketCap.

2021-05-03
Previous Post: Gold Bug vs. Bitcoin Bug: A Look at the Curious Relationship Between Peter and Spencer Schiff
Next Post: PancakeSwap Continues Cook Rivals as Daily Transactions Close on 2M