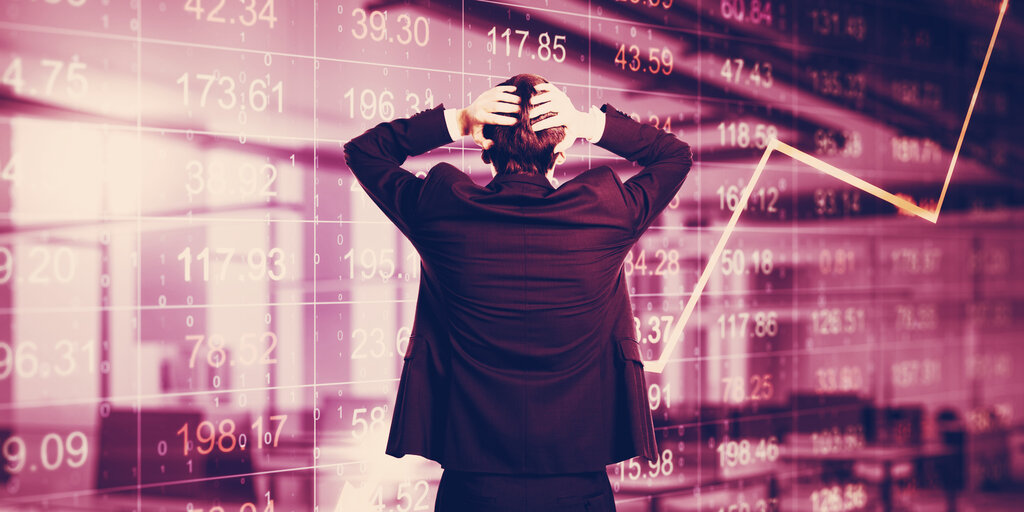 Leading cryptocurrencies have fallen by double-digits amid a bearish week for the S&P 500 and China’s property giant Evergrande’s debt crisis.

Crypto’s flagship asset, Bitcoin, has largely staved off a decline during the last week, falling only 2.6% in the past seven days.

In the last 24 hours, however, it has fallen by 6.9% to a price of $45,000. El Salvador’s president, Nayib Bukele, has taken the opportunity to suggest “buying the dip” as Bitcoin’s price continues to fall. Ever since El Salvador adopted Bitcoin as legal tender on September 7, 2021, the leading cryptocurrency’s price has fallen by almost 14%.

Other cryptocurrencies have experienced much more dramatic price crashes in the last week, as well as in the last 24 hours.

One such cryptocurrency is Solana, which has fallen by 19.6% in the last week and 13.5% in the last 24 hours. Solana’s bad week is largely down to a 17-hour outage, which Solana founder Anatoly Yakovenko explained as due to bots “flooding the network.”

Ethereum has also fallen significantly—by approximately 8.3% both during the week and over 9% in the last 24 hours. It isn’t immediately evident why Ethereum has declined in value in the last few days, given that it recently crossed the $3,600 price mark, and Vitalik Buterin made Time’s 100 most influential people list.

However, Avalanche—considered one of Ethereum’s chief rivals—has been making waves, hitting an all-time high of $65 and surging by 400% since the start of August.

Other flailing cryptocurrencies include Cardano and Dogecoin, which have fallen by 18% and 12.8% in the last week respectively.

Cryptocurrency woes, at least this time, do not exist in a vacuum. Stocks have also fallen during a tumultuous period for the global economy.

A look at the world’s markets

The S&P 500 dropped by nearly 1% last Friday, with less than 75% of listed stocks closing above their 200-day moving averages. According to Yahoo Finance, that ended the fourth-longest positive streak since at least 1928.

A recently published report by the University of Michigan also showed that consumer sentiment is on the decline, a trend which could well be impacting the crypto market itself.

The global market downturn also appears to have been spurred on by fears over China’s Evergrande, a property giant embroiled in a debt crisis that could undermine China’s growth prospects.

Evergrande’s debt problems can be traced back to rules established last year that controlled the amounts owed by real estate developers. These rules allowed Evergrande to offer premium discounts on properties—but now, the property giant is drowning under interest payments on outstanding debts.

If Evergrande fails, the economic consequences for China are incredibly serious. Mattie Bekink of the Economist Intelligence Unit reportedly told the BBC that the “financial fallout would be far-reaching.”

“Evergrande reportedly owes money to around 171 domestic banks and 121 other financial firms,” she added.