Diamond Hands? Only 12.9% of Bitcoin Supply Remains on Exchanges 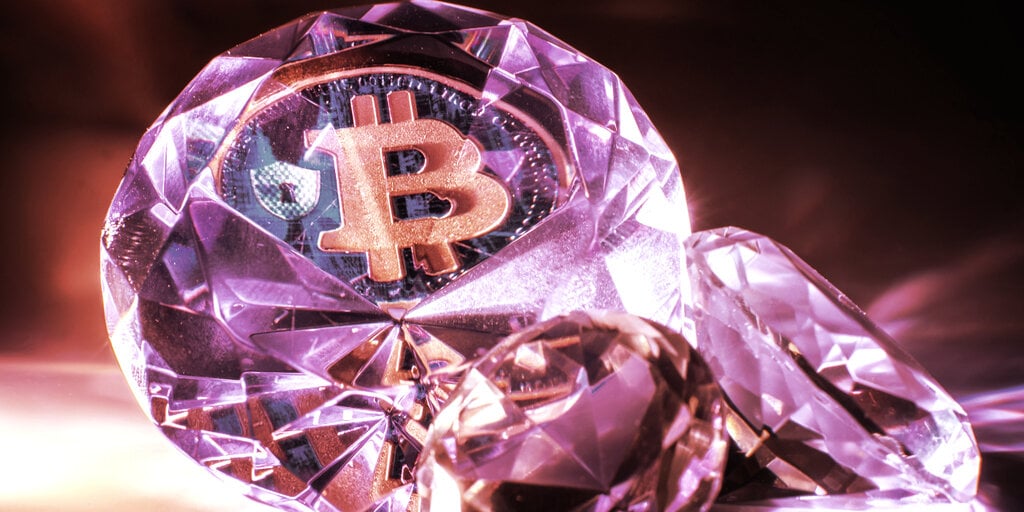 As the price of Bitcoin continues to climb, so too does the rate at which investors pull their funds off crypto exchanges, according to a recent Glassnode analysis.

Currently, 12.9% of the circulating Bitcoin supply, or roughly $163 billion, is sitting on exchanges, according to the report. The trend started in August, when Bitcoin started gaining some upward momentum after a summer of slumped prices.

Generally speaking, Glassnode writes in its analysis, if investors were keeping more of their Bitcoin on exchanges it’d be a sign they thought it was overpriced and wanted to be ready to sell. But that doesn’t appear to be the case.

Glassnode’s analysis revealed that the daily net withdrawals from exchanges had reached an average of 5,000 BTC. They write that “despite hovering just below ATHs, on-chain activity remains only marginally above bear market levels.” In other words, the record-high prices haven’t prompted many people to sell. The majority of investors are content to HODL their Bitcoin, and Glassnode says this is a sign that many of them expect the price to keep climbing.

Meanwhile, the rate at which new wallet addresses send or receive Bitcoin has climbed significantly. On Monday, Nov. 9, the last day Glassnode recorded the data, 516,914 new addresses had participated in a transaction. That’s an increase of 72% over how many newcomers were sending or receiving Bitcoin at the start of August.

Just today, the total number of Bitcoin addresses surpassed 900,000 for the first time ever.

But that doesn’t necessarily mean a lot of new users or firms have entered the space. The Glassnode report goes on to say that the creation of new entities–clusters of addresses that the company’s algorithm guesses are controlled by the same network entity–has barely risen above the rate normally seen during bear markets.

That could be an indication that people are setting up additional wallets, perhaps so they can park their Bitcoin in interest-earning accounts, or hedge funds already participating in crypto markets could be raising money from investors for new Bitcoin strategies.

“This observation of prices near ATHs, whilst on-chain activity is near bear market lows is quite a remarkable divergence” Glassnode writes. “It speaks to a convincing case where the market is likely still in the quiet accumulation phase, punctuated by low activity, large exchange outflows, and very modest strategic spending by experienced holders.”

2021-11-11
Previous Post: Sotheby’s to Bring Down the Hammer in Ethereum on 2 Iconic Banksy Paintings
Next Post: Shiba Inu Continues To Dominate Community-Wise, But Why Is The Price Suffering?