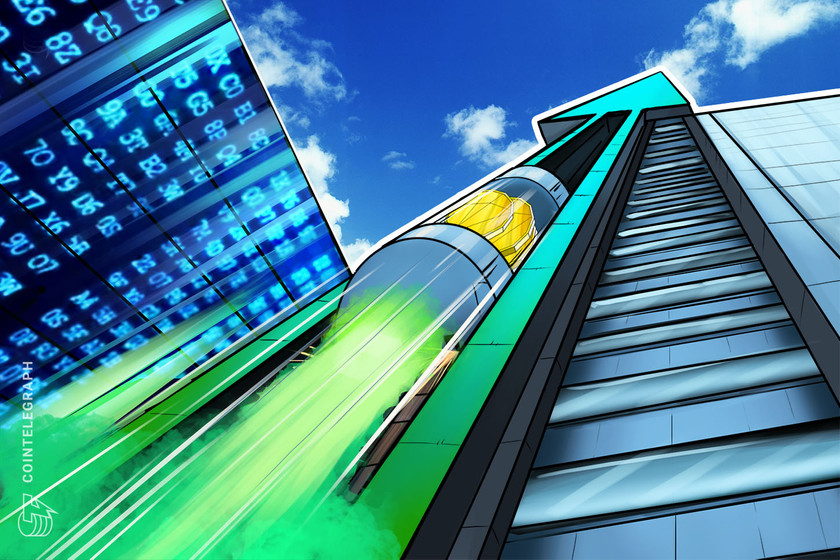 Bitcoin dominates but Ethereum is growing in popularity for institutional investment products.

According to Coinshares’ March 15 Fund Flows Weekly report first quarter inflows into cryptocurrency funds are up 7.7% and already total $4.2 billion, smashing the quarterly record of $3.9 billion set in Q4 2020.

There are now five digital asset investment providers with over a billion dollars in assets under management, or AUM: Grayscale, CoinShares, 3iQ, ETC Issuance, and 21Shares. The newly launched Purpose Bitcoin fund is in sixth place with $517 million in AUM according to the report.

Crypto asset investment funds closed on Friday, March 12 with a record $55.8 billion in assets under management following bullish price action for the week, the report noted. These investment product types saw a $242 million inflow, up 124% from $108 million the week prior.

While Bitcoin remains the dominant asset, funds flowing into Ethereum based investment products have also increased as the asset grows in popularity among institutional investors. For the week ending March 12, there was a $113.5 million inflow comprising almost 50% of the total.

Multi-asset funds are third with a reported weekly inflow of $3.6 million and a total AUM figure of $2.3 billion according to the report. The only digital asset products to record a decline in inflows for the week were those based on Ripple which saw a million dollar outflow for the period.

In its latest announcement, leading global crypto asset fund Grayscale reported an assets under management figure of $42.9 billion, of which 84% of that is its popular Bitcoin Trust.