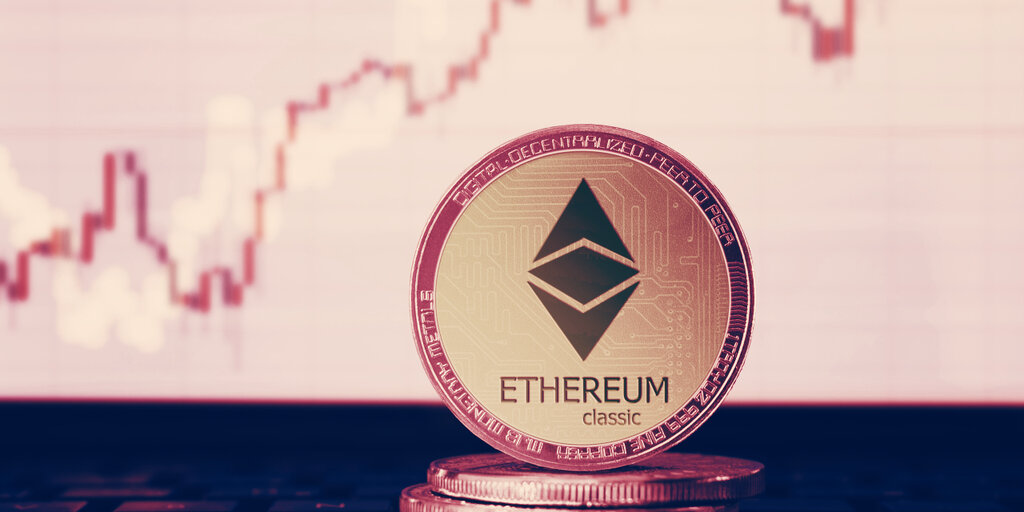 Digital Currency Group (DCG) on Monday announced it would buy $50 million worth of ETCG—a stock owned by its subsidiary, Grayscale, that is a proxy for owning Ethereum Classic.

“DCG plans to use cash on hand to fund the purchases and will make the purchases on the open market, at management’s discretion,” said the company in a statement announcing the purchase.

Grayscale is best known for its flagship product, the Grayscale Bitcoin Trust, which owns a massive amount of Bitcoin that it has packaged into shares that trade on the public market.

The Bitcoin Trust and other Grayscale products provide a way for investors, including some large funds that are ineligible to buy crypto directly, to get exposure to various cryptocurrencies.

Grayscale first launched the Ethereum Classic product in 2017. The “Classic” currency, which came about after a group of Ethereum miners refused to participate in a 2016 fork led by Ethereum founder Vitalik Buterin, currently has a market cap of around $5 billion—a tiny fraction of Ethereum’s current market cap of roughly $225 billion.

The DCG announcement does not appear to have given Ethereum Classic a noticeable market boost. The currency dropped around 10% on Monday, a day that saw broad declines across the crypto markets.

Ethereum Classic enjoyed several price surges in the bull market earlier this year, and briefly crossed the $100 mark as traders attempted to give it a Dogecoin-style pump. On Monday afternoon, it traded around $43.

The decision by DCG to buy shares of the Ethereum Classic trust comes after the company disclosed in early May that it would spend $750 million buying shares of the Grayscale Bitcoin Trust.

That $750 million purchase has been widely viewed as a move by DCG to prop up the price of the Grayscale Bitcoin Trust, which have slumped badly amidst rumors that the SEC may approve a Bitcoin ETF—a development that would provide an inexpensive and easy way for the public to buy Bitcoin in the form of shares, and would likely hurt demand for Grayscale’s flagship product.

Under Grayscale’s business model, the company sells initial access to its crypto trust products to accredited investors, taking a 2% management fee in the process. Those investors are then able to sell the shares to the general public once a lock-up period of six or twelve months has elapsed.

In the past, shares of the Grayscale Bitcoin Trust have traded well above the price of the underlying Bitcoin held in the trust—but that has change significantly in recent months as the shares have traded at a discount.