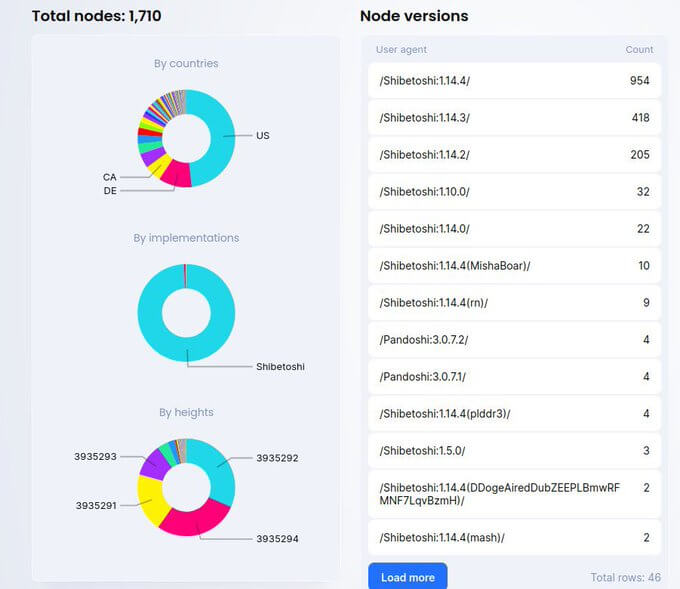 Recently, Billy Markus has begun actively promoting nodes on Dogecoin. The project’s co-founder jokingly said, “if you don’t run a dogecoin node, you are satan,” while distributing material on how to set one up.

Markus also posted a tweetstorm recommending existing nodes update to the latest version, 1.14.4, so that more users (in the future) can benefit from lower transaction fees.

“I wanted to write something slightly more nuanced about Dogecoin Nodes, so bear with me.

Nodes are important. They keep the network moving, validate transactions, and keep the blockchain up to date. It’s good to update to 1.14.4 which will allow for lower transaction fees.”

With rising competition, especially from Shiba Inu, which has been on a tear since the start of this month, it’s clear that Dogecoin needs to re-establish its dominance over the meme coin space.

And with payments seeming like the path forward, lower fees are perhaps a way to achieve that.

The Dogecoin 1.14.4 core update was released in late August to fix minor bugs and improve performance. A critical aspect of performance improvements in this release is enabling future fee reductions.

This update prepares the network to lower the recommended fees by substantially reducing the default fee requirement for both transaction relays and mining. It also gives miners, users, and node operators more scope to agree on fees.

“Reducing the default fee requirement 1000x for transaction relay and 100x for mining. At the same time it increases freedom for miner, wallet and node operators to agree on fees…”

However, bringing lower fees is a two-stage process, with this release merely setting the groundwork. A later release will implement the lower fee recommendation.

First proposed in 2014 and then rolled out in 2018, the current “meaningful fees” model set a 1 $DOGE fee per kilobyte to stop on-chain transaction spamming. But the colossal rise in Dogecoin price since then has made this model relatively expensive to operate.

Add to that transactions with relay fees of less than 1 $DOGE are often left unconfirmed as there is no incentive to pass through relays for miners to write.

What’s the stats on nodes running the latest version?

The intention of 1.14.4 is to give all parties more freedom to decide fee rates for themselves, rather than be tied to the meaningful fees model.

Markus points out that for 1.1.4.4 to succeed, more node operators need to get on board and update.

The post Dogecoin co-founder Billy Markus pushes for DOGE nodes to do their part appeared first on CryptoSlate.