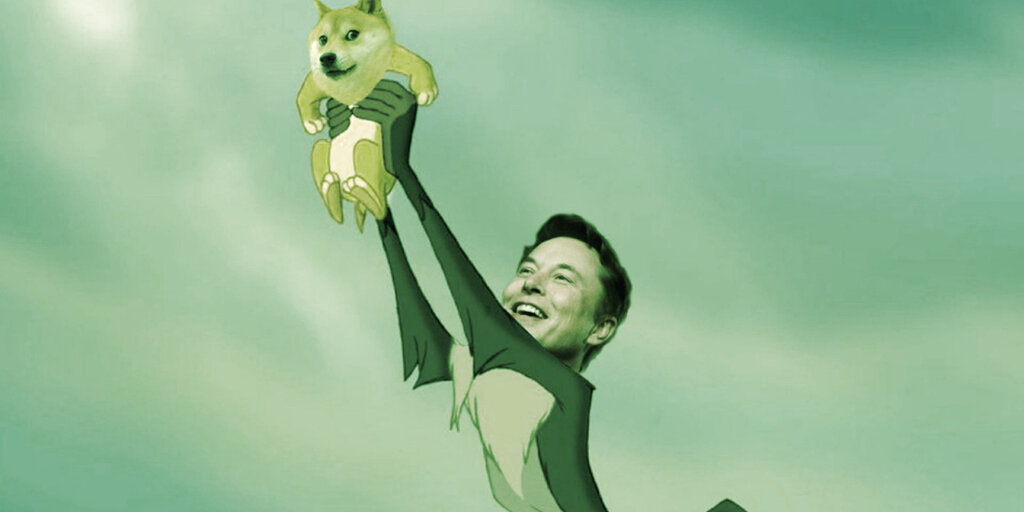 By day, Elon Musk sends rockets to space. But on Saturday Night Live, the Tesla and SpaceX CEO sent Dogecoin spiralling back to Earth after his appearance shaved 30% off the coin’s price overnight. Dogecoin has remained trapped in the mire all day today, sinking as low as $0.43.

Yesterday evening, Musk appeared on SNL with a couple of much-anticipated Dogecoin gags up his sleeve. Just four minutes into the show, Dogecoin began to plummet from a height of 69 cents. It bottomed out at 49 cents an hour later, according to cryptocurrency data aggregator CoinMarketCap.

During his opening monologue, Musk brought his mom onstage for a few laboured Dogecoin jokes. The pair of them spoke about Mother’s Day, which falls today, with mother Musk saying: “I’m excited for my mother’s day gift. I just hope it’s not Dogecoin…” Musk replied: “It is.”

The CEO later appeared on the Weekend Update section of the show, dressed in gawky looking tweeds, asking the hosts to “call me the Dogefather”—a reference to a tweet he wrote last week to advertise the appearance.

The Dogefather
SNL May 8

Many thought Musk’s appearance would pump the price up to a dollar, though the reality today has proven to be quite different.

Dogecoin sunk as low as $0.437 on Sunday afternoon. Its current price is 50 cents—that’s thirty percent lower than yesterday. Musk, who is usually very vocal on Twitter about all things Dogecoin, has remained silent.

Still, loyal DOGE fans point to the fact that the coin crashed on April 20 only to recover barely a fortnight later. Dogecoin fans had been campaigning on social media to make that day ‘International Doge Day’—in sync with the annual stoner holiday—yet when 4/20 arrived, Dogecoin sank from a high of 42 cents to a low of 27 cents.

Anxious speculators considered whether Dogecoin whales could have dumped the coin in both cases, to depreciate the price, hoping to buy back in later. But they couldn’t muster conclusive evidence.

Subscribers to the adage “any news is good news” may find comfort in last night’s publicity boost for Dogecoin. According to crypto social media stat aggregator LunarCrush, Dogecoin clocked 64,595 social media mentions in the first two hours of the crash.

Perhaps a better adage for today’s events: “Buy the rumor, sell the news.”