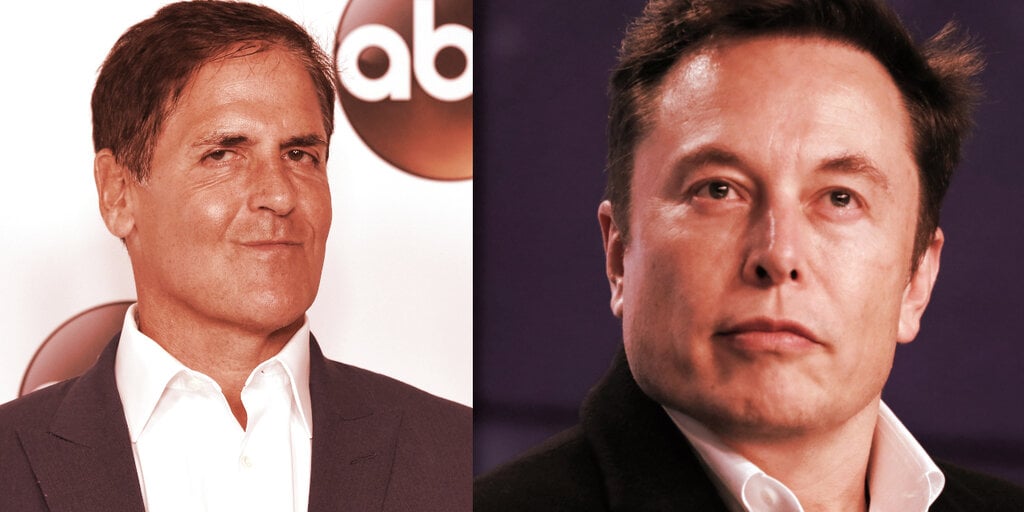 Elon Musk and Mark Cuban, two of Dogecoin’s most famous fans, have been publicly pushing the idea that the meme token is becoming a legitimate utility for payments.

Musk has been talking to Dogecoin developers—as he tweeted and as Decrypt reported in depth—about how to make the coin faster for everyday payments. Dogecoin developer Ross Nicoll told Decrypt that Musk’s aim is to make Dogecoin easy enough to use for a cup of coffee.

Cuban, meanwhile, said earlier this month at the Ethereal Virtual Summit powered by Decrypt that Dogecoin is “becoming more of a utility in terms of as a currency.” Cuban added that he’s been “talking to BitPay a lot” and that the cryptocurrency payments provider was in the process of onboarding more vendors to accept the coin. “People are popping up all the time to be retailers or merchants for Dogecoin,” he said.

The premise sounds absurd to many, since Dogecoin was created in 2013 purely as a joke, and its GitHub code page was stagnant for years. But BitPay data backs up Cuban’s big talk about DOGE catching on for payments.

BitPay, which enables merchants to accept cryptocurrency as payment, tells Decrypt that Dogecoin is now its fourth-most popular cryptocurrency for payments (after Bitcoin, Bitcoin Cash, and Ethereum) and has ballooned t0 12.6% of its transaction volume. Just two months ago, in March, DOGE made up merely 3.3% of volume, and was 7.8% of volume in April.

“Very quickly it’s become a material coin for us,” says BitPay CMO Bill Zielke. “Because it has climbed in our network as fast as it has, there is utility there. And the fact that merchants are seeing thousands of transactions in Dogecoin, I would say it has utility. It also has an advantage Bitcoin or Ethereum doesn’t necessarily have at this time: Dogecoin has low fees. And when you combine a strong community with low fees, that’s a great recipe. I expect it to continue to grow, and that utility will get greater.”

Some of the big-name consumer companies using BitPay include Microsoft, AT&T, Camping World, and WeWork.

But before DOGE-holders conclude that these big names have all gone gaga for Dogecoin, there are two big BitPay caveats: Every merchant plugged into BitPay is set up by default to accept all 11 cryptocurrencies BitPay supports, which means that many of the merchants accepting DOGE didn’t specifically choose to accept it; and Zielke says the majority of BitPay merchants still choose to have their crypto immediately converted to fiat currency. (BitPay sends them the fiat equivalent, mostly in dollars or euros, within one business day.)

“These are large companies, and we believe their mindset is to receive fiat instead of crypto,” Zielke says. “Most of them don’t want to hold a volatile asset on their balance sheet. Now, for smaller brands, especially those in geographies where the fiat currency might not necessarily be so stable, crypto is a popular option.”

Despite those caveats, Zielke does say that after BitPay set up Cuban’s Dallas Mavericks to be the first to accept Dogecoin via BitPay—a move that made it possible for all existing BitPay merchants to accept Dogecoin as well—the company had merchants “come to us and want to specifically promote DOGE as an option, so we worked with them to create an awareness campaign around it.” (Newegg, which sells computer accessories, was one example.)

For the moment, BitPay hasn’t seen any notable spike in companies choosing to hold the crypto they receive. “I wish I could say definitely we’ve seen a shift in that,” Zielke says, “but I think it has remained mostly the same.”