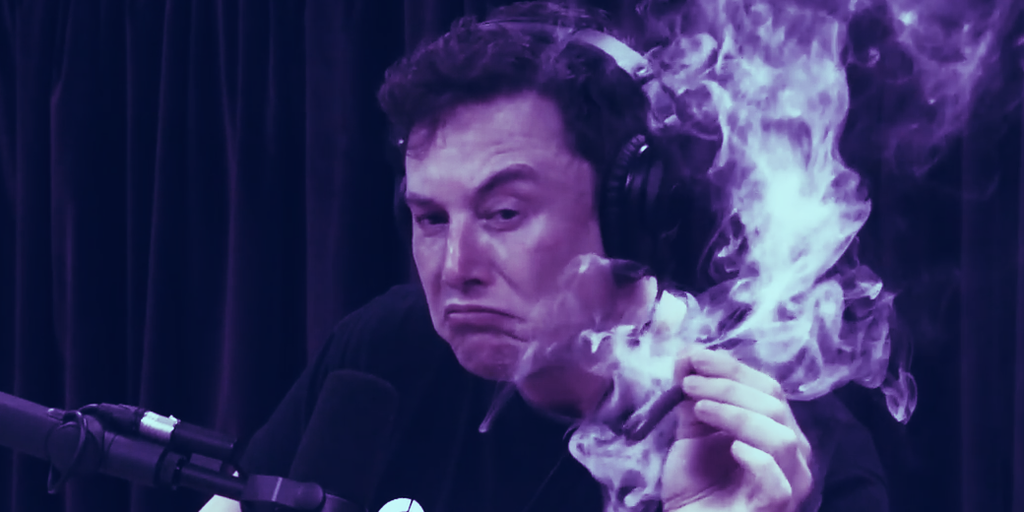 Tesla and SpaceX CEO Elon Musk has argued that his cryptocurrency of choice, Dogecoin, is in need of radical technological improvements if it is to beat Bitcoin and win the crypto wars “hands down.”

In a tweet last week, Musk said Dogecoin needs to “speed up” its blockchain by “10X,” increase the network’s capacity by the same margin, and reduce the cost of using the blockchain by “100X.”

But this approach to scaling a blockchain network is “fundamentally flawed,” says Ethereum co-founder Vitalik Buterin.

In a post titled “The Limits to Blockchain Scalability,” Buterin explained that while tenfold increases in parameters might look like an attractive option on paper, they would make blockchains much less secure and less decentralized.

“Increasing the parameters sounds very attractive at first: if you do the math on a napkin, it is easy to convince yourself that a consumer laptop can process thousands of transactions per second,” without adding any new technical developments, wrote Buterin.

Unfortunately, there are many subtle reasons why this approach is fundamentally flawed,” he added.

Blockсhains are massive networks that comprise numerous nodes—or “servers,” roughly speaking—that validate transactions and produce new blocks. For a blockchain to operate, consensus must be reached between its nodes—and this is what makes such networks decentralized. No single party should be able to unilaterally change a blockchain’s rules without approval from all its members.

To maintain this level of security, a blockchain needs as many nodes as possible, Buterin pointed out.

“We don’t know what the exact threshold is at which herd immunity against coordinated attacks kicks in, but there is one thing that’s absolutely clear: more nodes good, fewer nodes bad, and we definitely need more than a few dozen or few hundred,” he explained.

And this is where scaling concerns come into play. While a blockchain can theoretically be modified to increase its block size or transaction times, this will ultimately exclude a significant number of node operators due to increased hardware requirements.

Buterin pointed out that the three main “bottlenecks” for every blockchain’s nodes are computing power, internet connection bandwidth, and storage capacity. Thus, any increase in a blockchain’s performance would have a ripple effect on the entry threshold for new users.

“For a blockchain to be decentralized, it’s crucially important for regular users to be able to run a node and to have a culture where running nodes is a common activity,” said Buterin.

For example, an increase in block capacity would result in a blockchain’s size growing much bigger, much faster. This, in turn, would require users to upgrade their devices accordingly, incurring extra costs and creating more hurdles. The same is also true for bandwidth requirements.

Since bigger blocks require a faster internet connection to be produced and downloaded by nodes, a significant number of users simply won’t be able to support a blockchain due to their limited bandwidth. And while internet service providers are boasting 100 megabit or even 1-gigabit connections, the real figures are often far smaller in reality. The same goes for computing power.

A hobbyist attempting to run a blockchain node on their laptop non-stop, would also find that the machine is essentially unusable “for any other applications at the same time,” explained Buterin.

Currently, developers are actively working on various solutions that can help improve blockchains’ performance without these sacrifices. Technical improvements beyond block capacity, can make running a node easier for users and help scale Ethereum, along with other networks, concludes Buterin.

Scaling solutions related to Ethereum have been all the rage of late.

Various DeFi projects, including heavyweights Uniswap, Chainlink, and Synthetix, have all adopted or will soon adopt Optimism, a highly-anticipated “rollup” solution.

Rollups allow users to interact as they would normally, but their activity occurs off of Ethereum’s mainnet, ultimately taking the load off of the network. The activity, once concluded, then settles on the mainnet as a single aggregation of all operations, be it simple trades, yield farming, or buying an NFT.

Though Optimism isn’t expected to launch until this summer, another rollup solution is slated for launch this Friday: Arbitrum.

It’s unlikely either solution scales Ethereum 10x. Still, they may likely strike a finer balance between performance and decentralizaion than Musk’s Dogecoin suggestions.