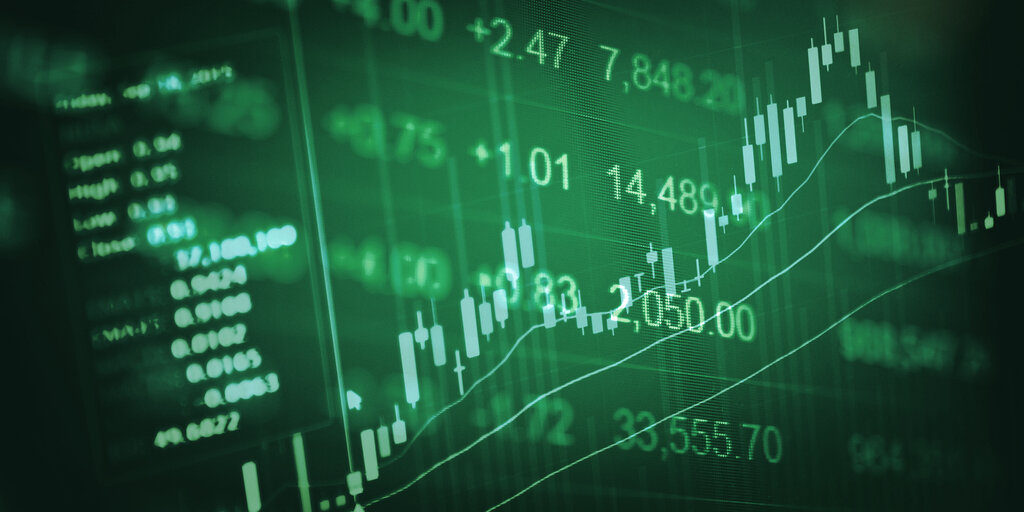 The wider cryptocurrency market continued to rise for a second straight day, with Ethereum Classic surging and Dfinity’s Internet Computer token again posting some of the largest gains.

Ethereum Classic (ETC), the cryptocurrency that split from the larger Ethereum blockchain following the infamous The DAO hack in 2016, is up more than 31% over the last 24 hours, data from CoinGecko shows, to a current price of $57, with its seven-day price increase topping 41%.

On Monday, Ethereum Classic developers announced that a forthcoming “Magneto” network update, due in late July, will implement recent Ethereum Improvement Proposal (EIP) upgrades recently made to the standard Ethereum blockchain. Despite the daily rise, Ethereum Classic is still far below its May all-time high of $167, which it set while riding Ethereum’s own upward momentum at the time.

Ethereum (ETH) itself has also posted significant gains this week, rising from a low of just above $1,700 on Sunday to a recent high of nearly $2,237 this morning. It’s the highest price that Ethereum has posted since June 20, although the second-largest cryptocurrency by market cap is still well off of its all-time high mark of $4,357 set in May.

ICP, the native token for the “Internet Computer” blockchain, is up nearly 30% over the last 24 hours, and has climbed from a low of $28 on Sunday to a current price above $55. Internet Computer was the big winner on Monday, rising 15% and seeing its trading volume more than double after receiving recognition in a Goldman Sachs report.

The report, titled “Digital Assets: Beauty Is Not in the Eye of the Beholder,” highlighted the “enormous change in the world of cryptocurrencies and blockchain technology” and mentioned some newer blockchain platforms. Goldman called Dfinity’s Internet Computer “innovative” but also “untested, early stage, [and] complex.”

The wider cryptocurrency market is up nearly 5% over the last 24 hours, according to CoinGecko. It’s a welcome respite for investors given the recent trend of sinking prices over the last month and a half, fueled in part by Tesla’s decision to stop accepting Bitcoin payments and China’s recent crackdown on Bitcoin mining and crypto bank services.

Bitcoin’s price is up nearly 5% to $36,433 as of this writing, with Ethereum’s own 24-hour climb just over 5%. Ripple’s XRP and Polkadot (DOT) are the two biggest gainers in the Top 10 coins by market cap, with 24-hour price increases of nearly 10% for each.