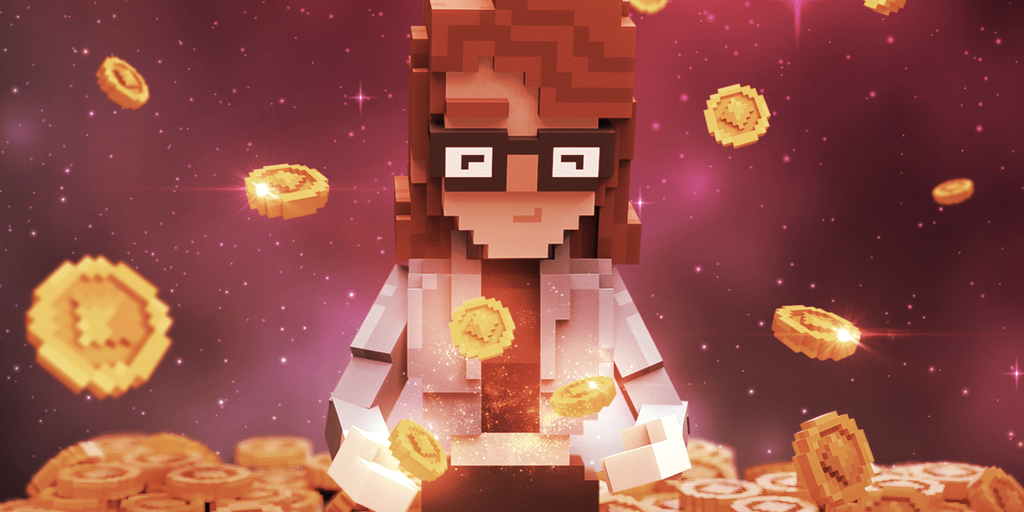 Hype around the impending metaverse may be at an all-time high following Facebook’s growing push into the space—including rebranding its parent company as “Meta”—and rising value for metaverse-related crypto tokens. Now, one of the most anticipated metaverse games has pulled in a sizable chunk of funding ahead of its launch.

Today, The Sandbox—a subsidiary of Animoca Brands—announced that it has raised $93 million in a Series B funding in a round led by SoftBank’s Vision Fund 2. The Japanese firm has pushed hard into NFT and crypto investments lately, including leading Sorare’s $680 million raise in September plus Digital Currency Group’s $700 million raise this week.

Animoca itself also participated in the Series B round, along with Samsung Next, Galaxy Interactive, True Global Ventures, Liberty City Ventures, LG Technology Ventures, mobile game publisher Com2us, and many other firms.

The #metaverse is waiting for you to Create, Play & Earn! We cannot wait to welcome you! #TheSandbox #Play2Earn #UGC #NFT pic.twitter.com/aFkcKjJZ95

The Sandbox is an Ethereum-based shared online world in which users own plots of terrain represented as NFTs, along with NFTs for characters and other items. These LAND plots can be customized and designed with interactive game experiences, which can also be monetized to generate income for holders.

The game itself isn’t live yet—an alpha testing version is due out before year’s end. However, The Sandbox has already generated $144 million worth of NFT sales, according to the company, with 12,000 unique LAND plot owners and 500,000 total users that have connected a crypto wallet to the platform.

Ahead of the full game launch, The Sandbox has pulled in a number of prominent brand and celebrity partners, including rapper and avid NFT collector Snoop Dogg, who will host an exclusive metaverse party for 1,000 users within the PC game. Other partners in the mix include The Walking Dead, Bored Ape Yacht Club, Atari, and crypto exchange Binance.

As with Decentraland’s MANA token, The Sandbox’s SAND token has risen significantly in value over the last week, apparently propelled by rising interest around Facebook’s metaverse plans. Upon today’s funding announcement, SAND hit a new all-time high of $3.33.