Ethereum Supply on Pace to Shrink After ETH 2.0 Upgrade 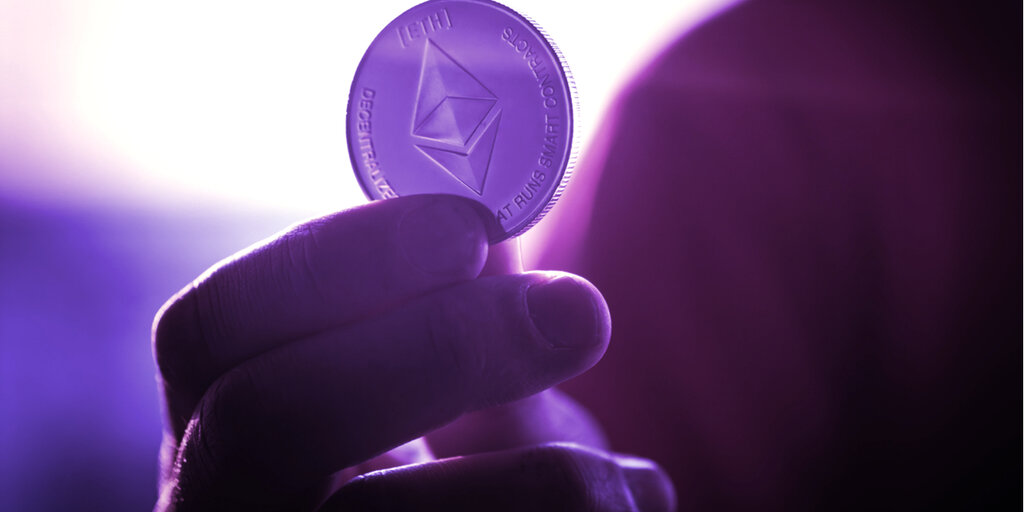 There are currently over 118 million ETH in circulation. And even though there’s no supply cap on the cryptocurrency, don’t expect that number to get too much bigger.

According to simulations from Ethereum tracker Ultrasound Money, after the transition to proof of stake, the supply of ETH is set to decline 2% annually. If current rates hold, the blockchain will start burning more Ethereum than it produces with each new block.

At the beginning of August, Ethereum developers hit the “go” button on one of the biggest upgrades ever to the blockchain. The London hard fork included EIP-1559, an Ethereum improvement proposal that both upped the block size to help combat congestion on the network and destroyed transaction fees rather than send them to miners.

The goal was to place deflationary pressure on an asset that already has a circulating supply six times larger than Bitcoin’s. That’s largely been achieved. According to stats from Watch the Burn, there’s been a 57% reduction in ETH issuance to date; over 1.1 million ETH have been distributed as block rewards to miners while nearly 630,000 have been burned.

Ethereum is currently on pace for -2% supply shrink a year once the PoS merge takes place in a few months.

But when Ethereum undergoes its transformation into Ethereum 2.0, the deflationary pressure (a slowing of growth) should turn into outright deflation (shrinking supply).

At the moment, Ethereum relies upon miners to validate and process transactions, just as Bitcoin does. That proof-of-work method is set to be replaced by proof of stake in the not-too-distant future, when ETH holders will lock up their coins to secure the network—and receive rewards in return. While proof of stake technically already exists on the Ethereum “beacon chain,” a semi-functional chain that doesn’t allow for withdrawals or applications, developers have yet to “merge” it with the proof-of-work chain.

When that happens, the threshold for reaching deflation lowers. In August, Tim Beiko, who coordinates the work of Ethereum core developers, told Decrypt that at present more ETH is being produced with each block except in cases of high congestion, when gas prices climb up to around 150 gwei. (Gwei is used to measure gas and, ultimately, the cost to use the network.) “After the merge,” he said, “the base fee burns more than the new issuance at 15-45 gwei, depending on how much is staked.”

The Ethereum Altair Upgrade Is Next Week. Here’s What’s in It

Why the big change in numbers?

Simple. “The reason for that is that staking rewards are 5-10x lower than [proof-of-work] rewards,” said Beiko today via Twitter. “Right now, we get 2 ETH issuance in each [proof-of-work] block. But the Beacon Chain issuance is a fraction of that…so post-merge, we only need to offset that to be deflationary.”

In other words, after proof of stake, there will be less ETH created with each new block. If usage, as measured by gas prices, remains fairly steady, we’ll have less ETH at the end of next year.

The exact threshold is hard to pin down, Beiko suggested, because we don’t yet know how many people will stake on the network: “More people staking means more staking rewards,” he said.