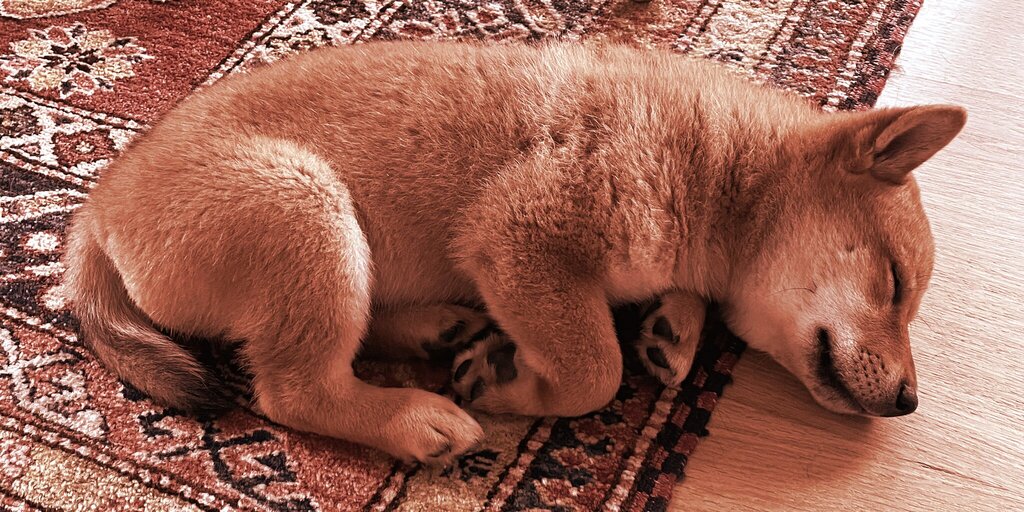 Shiba Inu was yesterday’s big meme crypto winner, continuing its recent pump and overtaking rival Dogecoin in terms of total market cap. But today, it’s newer upstart rival Floki Inu that is commanding the biggest buzz, rising more than 200% over the past day.

Floki Inu—named after Elon Musk’s Shiba Inu puppy—is currently valued at $0.00019519 per coin, according to CoinGecko. The cross-chain Ethereum and Binance Smart Chain token, which launched in July, hit an all-time high of $0.00021552 earlier today. The token began its considerable rise yesterday and has spiked even more sharply today, currently up 223% over the last 24 hours.

While it can sometimes be difficult to pinpoint the reason why a meme coin pumps—particularly since they’re so susceptible to shifting social media sentiment—there have been a couple of key developments around Floki Inu of late.

First, the crypto token’s creators recently launched a marketing blitz in London across its public transit systems, including advertisements on buses and in subway stations. The ads suggest that investors that missed the early hype around Dogecoin should buy Floki Inu instead.

While the ads began rolling out earlier in October, a wave of press articles covering the campaign just rolled out this week, including in the Financial Times.

Well a friend of mine has just sent me this image

Secondly, the developers have significantly changed the fee structure, lowering the tax that’s charged for each transaction while eliminating “reflections,” or royalties paid out to other holders based on total transaction volume. The reflection system was similar to that of SafeMoon, another meme coin that was popular earlier this year.

In a tweet thread posted Wednesday, Floki Inu’s developers cited regulatory concerns as a key reason for removing the royalty-like rewards element. Royalty-like payments to token holders may make a token appear to be an unregistered security—something that certain NFT projects have also contended with recently.

“We’re in talks with several major CEXs about listing FLOKI,” the thread reads. “For these exchanges, compliance is the number one priority. In other words, even if there is the off-chance that FLOKI would be deemed a security, a listing will be difficult. Removing reflections fixes this!”

Floki Inu has dropped its tax from 8% per transaction to 3% now, and besides funding marketing aims (like the London ads), the tax money is used for building out the overall ecosystem around the meme token, including a planned “Valhalla” video game metaverse project.

According to its official website, Floki Inu claims more than 170,000 total holders—although that number may have risen, based on recent activity. CoinGecko shows more than $203 million of total trading volume over the last 24 hours, a new record for the token.

Floki Inu has risen in value nearly 250,000% since its July launch, per data from CoinGecko.