From MegaCryptoPolis to Mega World: How NFT Games Are Building the Metaverse 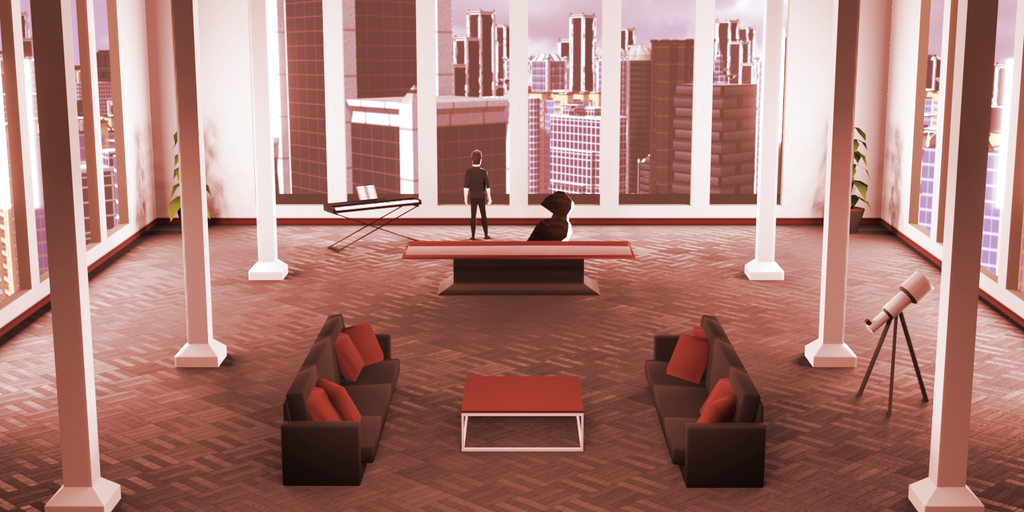 The metaverse is the buzzword of the moment, with everyone from Facebook to Apple working on technologies to bring it to life.

Touted as the next iteration of the Internet, it promises a persistent digital universe in which people interact with each other in virtual 3D environments, take ownership of digital objects as NFTs, and work and play in shared spaces.

Key to the promise of the metaverse is the idea of digital ownership, achieved using non-fungible tokens (NFTs); cryptographically unique tokens that are linked to digital content, providing a chain of title. Now, the pioneers of NFT games such as MegaCryptoPolis are evolving their platforms into the metaverse of tomorrow.

Launched in 2018, city builder game MegaCryptoPolis was one of the first games to make use of NFTs. Players buy in-game assets represented by NFTs, such as land plots, houses, offices, and factories. Citizens need jobs, jobs need employees, factories produce resources, and so on. And the digital assets that players hold have tangible, real-world value; in its three years of existence, developer SUPERNOVAE notes, MegaCryptoPolis players have withdrawn nearly 15,000 ETH and 100 Million TRX from the game’s smart contracts, worth over $65 million at today’s prices.

Now, MegaCryptoPolis is in the process of turning its game world into a full-blown metaverse: Mega World. Launching on November 2, Mega World will enable players to walk the streets of the crypto-powered metropolis as metaverse Avatars, enter buildings, complete missions to collect materials, and construct their own unique buildings. Players will even be able to present NFTs from other projects within Mega World, and run businesses from their buildings. In Mega World, you’ll be able to walk into buildings and view NFT art. Image: SUPERNOVAE

“Users are already familiar with most of the game’s features like constructing buildings, producing resources, and trading on the open market,” said Alex Li, COO at SUPERNOVAE. “Mega World will transform the gaming map into the global interactive NFT marketplace, where players will be able to display and shop for NFTs as they do groceries in real life.”

For metaverse advocates, the idea of being able to transfer NFTs from one game to another is crucial, though it’s still in its infancy; you can, for instance, turn your CryptoKitties into pets in MegaCryptoPolis. Mega World represents an important step towards the vision of interoperable NFTs, enabling users to transition between two distinct game states—the city-building simulation and the avatar’s-eye-view of the city—while using their NFTs in both settings.

The other big hurdle for NFT-powered games to overcome is the high barrier to entry presented by the cost of NFTs. To get started with Axie Infinity, for instance, new players need to spend several hundred dollars buying the titular creatures before they can even begin to play.

We’re happy to announce that the Decentralized City is now on the verge of finally becoming a vast player-driven Metaverse — the Mega World Intro to be presented November, 2. pic.twitter.com/dnCYnnHYVF

To ensure that Mega World isn’t restricted to long-time players who’ve amassed acres of virtual land, the game will offer every new user a free Gen K Citizen Avatar and an apartment in the game’s Town Hall to craft their first items. You’ll even be able to start playing the game without having to set up a blockchain wallet, with a whole array of free-to-play activities set to go live in Mega World after its launch.

Ahead of the full launch of Mega World, the last run of MegaCryptopolis’ 15,000 Generation A Citizens will be available at the MegaCryptoPolis Packs Store until November 9 at a 70% discount.