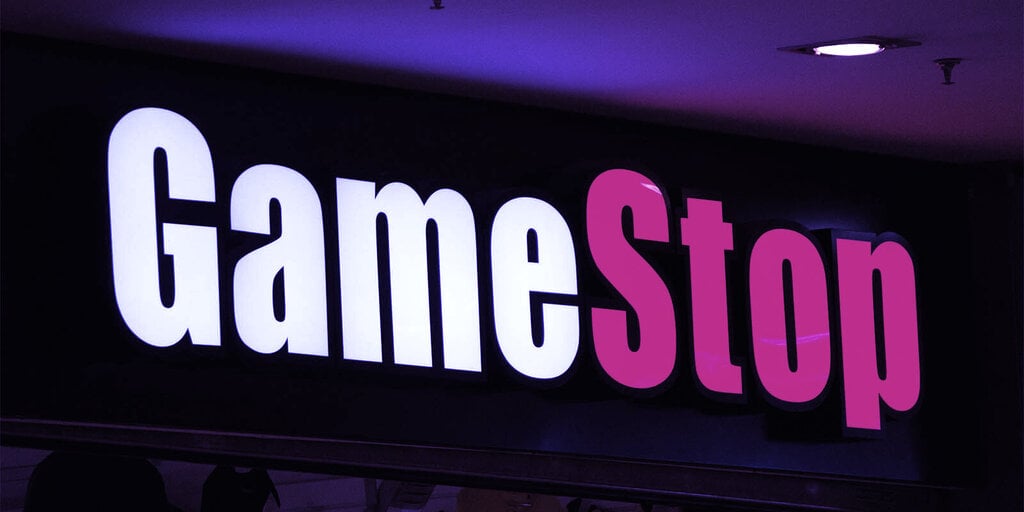 According to the page, GameStop is still in the process of hiring new employees for its non-fungible token (NFT) project.

Shares of GameStop (GME), which was having financial difficulties due to the pandemic, skyrocketed at the beginning of 2021, thanks to a coordinated effort from Reddit users. At the time, a short squeeze orchestrated by the WallStreetBets subreddit managed to bankrupt some Wall Street hedge funds and turned GME into a “meme stock.”

Owned: How blockchain games could be crypto’s first game changer

While it is currently unclear what the NFT project will be, the landing page contains a link to an Ethereum smart contract named “Gamestop” with the “Gamestop (GME)” tracker.

Notably, the contract supports both Ethereum’s ERC-20 (“regular” tokens) and ERC-721 (non-fungible tokens) standards. The contract was submitted for verification to Etherscan on May 25.

GameStop’s contract has received two NFTs so far—a card from blockchain game Gods Unchained and a “CryptoKitty” from the eponymous NFT platform. The transaction history also shows 40 incoming ETH transactions from various addresses. However, all of them failed due to insufficient gas.

The contract also holds $80 worth of hoge.finance (HOGE) tokens.

Interestingly, the landing page contained a hidden “Easter egg” in the form of a small white pixel on the top right corner. When visitors click the dot, an “endless runner” game opens, featuring what appears to be a black cat wearing a banana suit and a red bow tie.

It’s unclear if the game has anything to do with GameStop’s NFT ambitions.