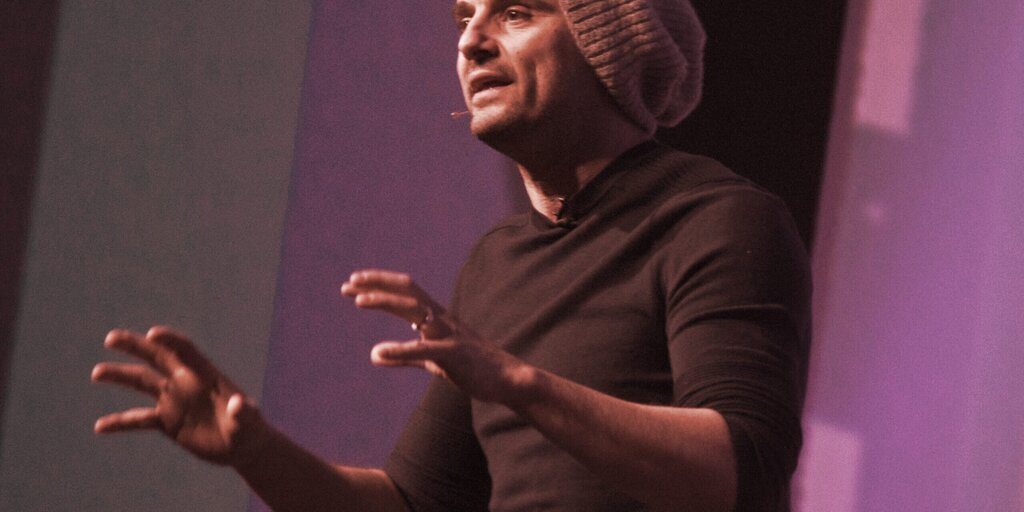 The “VeeFriends” series includes 10,200 NFTs of characters hand-drawn by Vaynerchuk, animal doodles with alliterative names like “Curious Crane,” “Logical Lion,” and “Hot Shit Hornet.” If that sounds silly, the price might make you think twice: In two days, VeeFriends NFTs have raised $23 million worth of Ethereum (ETH).

But Vaynerchuk, in an extensive interview with Decrypt, says his goal is much bigger than a short-term play. He aims to turn VeeFriends into a full-fledged character franchise in the vein of Hello Kitty, Scooby-Doo, The Smurfs, and Despicable Me, with toys, children’s books, an animated series, and more.

NFTs are blockchain-based digital tokens, mostly built on the Ethereum blockchain, that represent title deeds to digital or physical assets. Their value proposition is verifiable scarcity and uniqueness.

The NFT boom “reminds me so much, because I was there, of internet startup life ’99,” Vaynerchuk told Decrypt. “There’s such an opportunity for a land grab, cash grab. And you have seen people with large audiences come out and commission a digital artist and put their name on it, and have extracted a lot of dollars from their fan base,” he says.

“The concern I have there is, it’s a nice short-term transaction, if that’s what your goal is, but I think if you leave a fan base holding the bag, that can’t work out in the long term… For me, success [with NFTs] is only if I’m able to execute over the next several decades to build a truly meaningful— I’m shooting for like, Scooby Doo, Smurfs, that’s big big. And I really think I can.”

Vaynerchuk started in business by turning his father’s physical wine store in New Jersey into a booming e-commerce business, WineLibrary.com. He built VaynerMedia, his digital marketing consultancy, to more than $100 million in revenue. He co-founded restaurant reservation app Resy and sold it to American Express in 2019, and co-founded Empathy Wines and sold it to Constellation Brands in 2020. “I have a very loud personality, that comes with everything I do,” he says. “I’m the least naive to what the narrative is. As a matter of fact, I’ve had a really nice business career, where things like Empathy and Resy are just not even conversated about.”

But Vaynerchuk frames the NFT series as a culmination of his biggest passions: collecting, pop culture, and inspirational content. Each VeeFriends NFT is also tied to a three-year ticket to VeeCon, an in-person business conference Vaynerchuk is planning and describes as “a mix of Davos and South By Southwest, a little of pop culture… a little of summer camp.”

Tying NFTs to physical goods has become a popular sweetener in the celebrity NFT world; bands have added concert tickets to NFT versions of their albums, and athletes have offered goodies like autographed sneakers. For Vaynerchuk, it’s an “opportunity to show that NFTs have smart contracts underneath them.”

“I think everyone’s forgotten that with the Beeple craze and with the Top Shot craze, and we’ve become very art and collectible [focused]… If Novak Djokovic follows this model, instead of somebody just making a painting of him, and I can buy a token that gives me a hitting session with him, or if I can go into studio with The Weeknd, you know, I kind of thought of it from that perspective,” he says.

His excitement about the smart contract tech is also why Vaynerchuk says he didn’t want to accept U.S. dollars for his NFTs (like on NBA Top Shot, a move that has helped that platform attract mainstream users who might be turned off by crypto). He says he’s “empathetic” to anyone intimidated by the tech steps of purchasing ETH and then using it to purchase an NFT.

“The first time I bought something with a MetaMask in my Chrome browser, and it had that 30-second delay, I was scared shitless,” Vaynerchuk says. “And that was five months ago. I genuinely believe two things will happen: people will get more comfortable, and… in 24 months, the technology and the Web 3.0 gang will make it better, and the audience will get there sooner, and they’re going to meet somewhere in the middle.”

Here Are the Biggest Celebrities Who Have Launched NFTs

He’s also well aware of the mainstream concerns of the environmental impact of NFTs due to Ethereum’s current proof-of-work mining, which involves a large network of energy-guzzling computers solving complex mathematical problems to keep the blockchain humming along.

“I’m a sports card collector,” he says. “That’s a lot of cardboard, a lot of plastic, a lot of shipping, a lot of FedEx, a lot of UPS. My intuition is, over time, [crypto] should be a winner compared to all the plastic and paper and fuel that’s used to schlep around physical goods. Obviously, ETH has clearly made a stake in the ground, and then, I don’t have to explain to this audience, there’s incredible amounts of blockchains standing up that are dramatically less reliant on proof of work, including ETH itself.”

Even though Vaynerchuk is bullish on the future of NFTs, he also happily predicts: “Ninety-eight percent of the projects that are coming out in NFT form right now are not going to be good investments. Ninety-eight. Comma, I think the NFT macro technology is one of the most significant things to happen in the last 25 years at the consumer behavior level. I don’t think people realize we have an entire generation of under-18-year-olds who are so matter of fact on NFTs because of Roblox, because of skins on Fortnite, they don’t even think twice.”