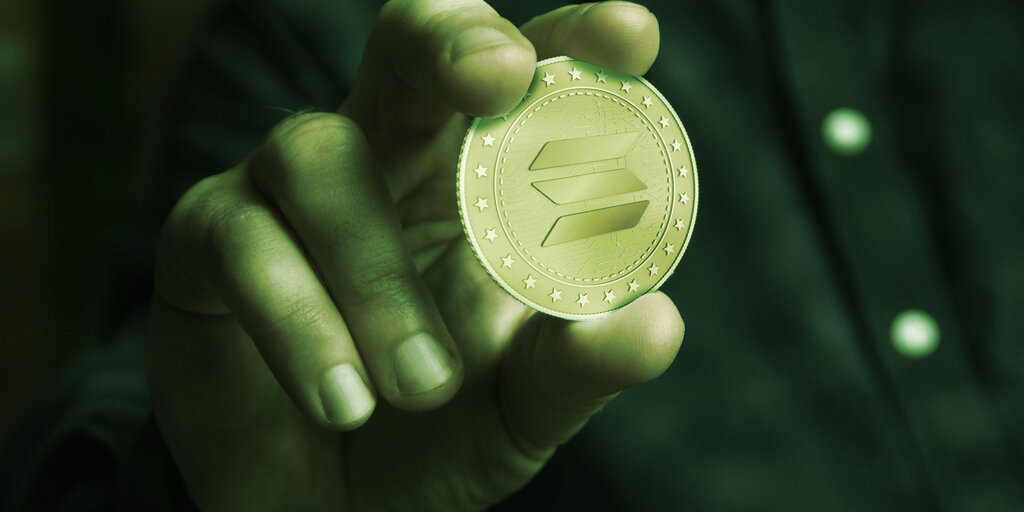 As of the end of yesterday, Solana made up 3.24% of the Digital Large Cap Fund, and UNI another 1.06%. Bitcoin dominates the fund, making up 62%, and Ethereum is the next largest coin, making up 26%. Cardano, Chainlink, Litecoin and Bitcoin Cash make up the rest.

The fund bought Solana and Uniswap by selling some of the other assets in the fund. Grayscale has decreased its Bitcoin allocation by about 5% since the last rebalancing. Other holdings changed by small amounts. The fund’s ADA holding, only introduced last quarter, has increased from 4.26% to 5.11%.

The rebalancing emphasizes how Solana has become a favorite of the crypto market. The Solana blockchain functions as a high-speed, low-cost competitor to blockchains like Ethereum, and a rival to Cardano, Polkadot and Binance Smart Chain.

Solana’s price swelled along with its popularity. The coin started rising this summer and peaked at $191 in mid-September before falling to its current price of $161.

Although it has dipped since its peak, Solana still maintains a market cap of $48 billion, and the market cap of Solana-based NFTs recently hit $1 billion.

The rebalancing also shows how Bitcoin’s dominance has given way to altcoins. In April, Bitcoin made up 79.8% Bitcoin of the fund, and the fund allocated just 17% to Ethereum. Bitcoin’s dominance by market cap has also fallen, from 69% in April to 42% today.

Grayscale’s largest product remains its Bitcoin trust. It manages $30 billion, far eclipsing the $495 million held in its Large Cap Fund. Grayscale’s Ethereum product is its second-largest. That fund manages $9.9 billion. They are convenient ways for institutional investors to invest in Bitcoin indirectly and have someone else handle custody.