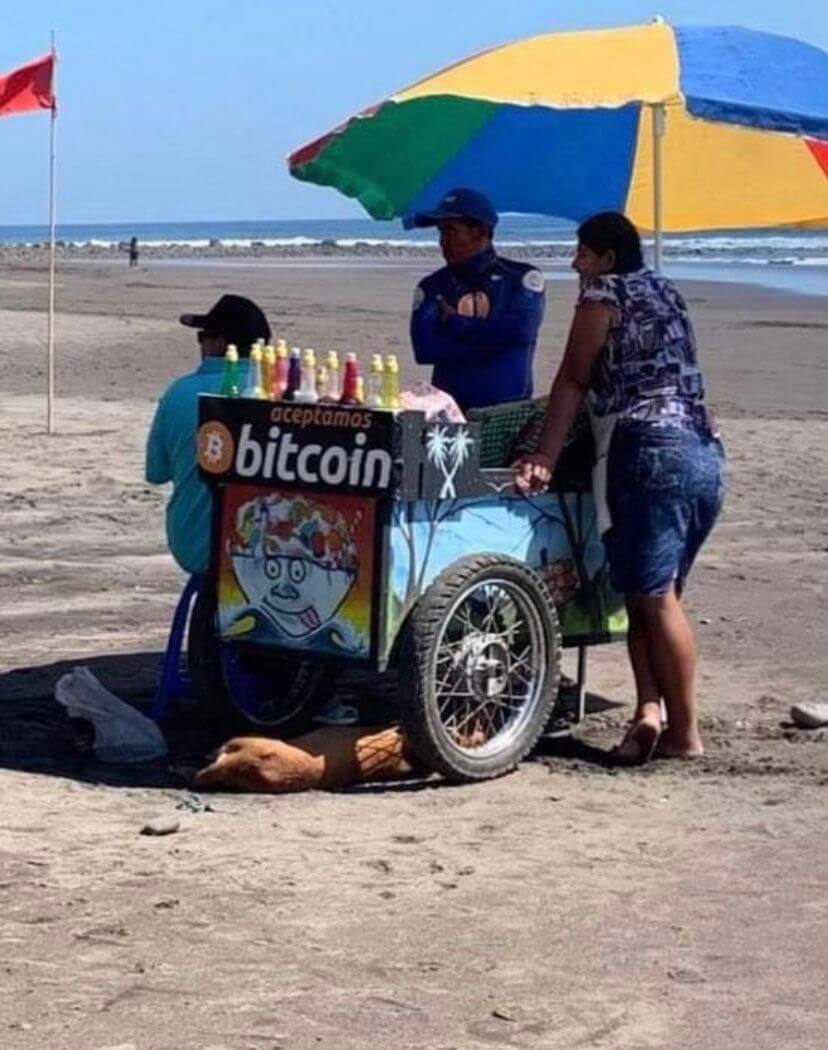 Last week, El Salvador’s Congress passed a bill legalizing Bitcoin. The leading cryptocurrency now has equal footing with the country’s official currency, the U.S dollar. The upshot to this means all Salvadorian merchants are legally required to accept it for payments.

While the crypto community celebrated the news as confirmation that the tide is turning against centralized authorities, there’s just one problem. Bitcoin, with its painfully slow 5 transactions per second throughput, makes for a horrible payment system.

Nonetheless, as pointed out by Nicholas Burtey, the co-founder and CEO of Galoy Money, thanks to the Lightning Network, Bitcoin was already being used as a payment system, even in the most unlikely of places.

The Lightning Network is a layer 2, or off-chain, network that sits on top of Bitcoin. It enables individuals to transact without having to record every individual transaction on the mainchain there and then.

This brings several scalability benefits, including lower fees and microtransactions and a degree of privacy, which is useful in a payment scenario, such as hiding wallet balances from other parties.

Burtey said, during his travels to El Zonte in 2020, a southern El Salvadorian coastal region known as a surfing hotspot, he purchased some basic groceries using the Lightning Network.

“I spent time in late 2020 in El Zonte, El Salvador. It’s a village of 3,000 people. I was so excited when I arrived that I was looking at the first tienda to buy something in @lightning. Bought some milk, eggs and vegetable for $4.”

He added that initiatives such as Bitcoin Beach meant Bitcoin was widely accepted throughout El Zonte and that payments were instant. But he conceded that not every merchant was on board with the cryptocurrency revolution.

Burtey has spent the last two years convincing these stores to accept Bitcoin on a 1-to-1 basis.

Most people in El Salvador do not have bank accounts, while local businesses do not qualify for merchant accounts to accept card payments. Bitcoin Beach is a project to create a Bitcoin ecosystem on the El Salvador coast, bypassing the legacy financial system.

The Lightning Network is not the perfect solution

Although some have described the Lightning Network as Bitcoin’s best chance at scalability, the network is not without criticism.

Analysis of the Lightning Network by computer scientists Jona Harris and Aviv Zohar showed vulnerability, leading to the potential loss of funds.

The pair highlighted Bitcoin’s slow settlement times, in conjunction with the potential for an attacker to exploit the connection between the mainchain and the Lightning Network as problematic.

“The resulting high volume of transactions in the blockchain will not allow for the proper settlement of all debts, and attackers may get away with stealing some funds.”

Also, crypto purists point out the Lightning Network will eventually lean towards centralized nodes. This is the natural result of the concentration of custodial and liquidity providers that service the network.

Undoubtedly, Bitcoin’s legal status in El Salvador is a massive coup for the crypto community. But perhaps shoehorning old tech to meet the high demands of a payment system isn’t the most efficient solution. Especially so considering the numerous dedicated payment coins out there.

The post How a small village in El Salvador spurred the historic Bitcoin bill appeared first on CryptoSlate.