How Can DeFi Save Fintech? 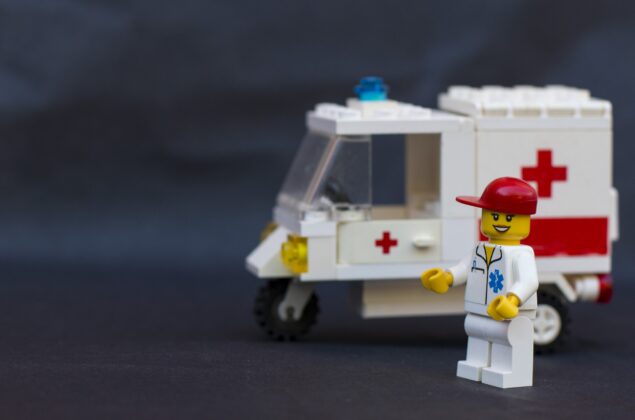 Fintech has been an enduringly popular topic for a number of years. People clamored for new inventions and designs that would shake up an industry that had remained largely the same for over a century. Sure, banking apps, secure online banking and other changes have led to the quality of life improvements for anyone seeking to manage their money conveniently. However, given the significant advances touted by banks, technology companies and others, many consider the results a considerable disappointment.

Supposedly at the core of the Fintech revolution was open banking. Launched in 2018, it was destined to break down the barriers between customers, banks and their financial information. As a result, the banking world was set to become unrecognizable from what it once was, with money management becoming flawless, seamless, and beyond anything, consumers have used before.

In reality, consumers still live in a world of direct debits, credit and debit card payments and enough different finance apps to create a dedicated folder on their phones. One significant indicator of fintech’s failure to deliver was the October 2021 shutdown of Yolt. The service, designed to utilize open banking for more manageable budgeting, was among the first of its kind. However, the company elected to shift its focus elsewhere to pursue its mission to improve the adoption of open banking.

Why Hasn’t Fintech Delivered on Its Promises?

Changing such an established industry was always likely to pose significant challenges to those seeking to take things forward. Different generations, so often at the core of difficulties with the adoption of new technologies, were all accustomed to the same products and services. They’ve witnessed the virtual demise of cheques, record bank branch closures and easier access to financial products through their mobile devices. However, banking for all remains an account, cards, and numbers on a screen at its core.

Fintech ambitions sought to revolutionize one of the world’s most established industries virtually overnight. Open banking was attempted through deadlines and enforcement – although six of the UK’s nine largest banks missed the implementation deadline.

Customers were ill-informed. Most understood the ‘what’ of new developments but were less convinced of the ‘why’. Between people having no knowledge of new products, not understanding what it means for them and merely being happy with what they already used, fintech adoption was always likely to be an uphill struggle.

Fintech Can Be Saved: DeFi to the Rescue

Open banking is, of course, not the only component of fintech. Few consumers will be entirely oblivious of the growth, since 2009, of cryptocurrencies into a trillion-dollar industry.

These new currencies admittedly face several of the same challenges as open banking. Most British people have heard of cryptocurrency, and over 100 million people globally own one or more. However, it becomes more challenging to make a case when treated as an investment vehicle rather than an alternative to pounds and dollars.

However, that can all change with decentralized finance or DeFi.

As with many of the internet’s most lauded achievements, it’s all about disruption. Terms like ‘central bank’ are standard in every country and indicate a dedicated control point for financial regulation and oversight. It has become accepted due to a lack of alternatives, even though many would prefer more transparency and control. That’s where DeFi can help.

There are dozens of examples of consumers losing trust in controlled finances. From the Great Depression to Zimbabwean inflation, some blame for history’s most significant financial issues can be traced back to centralization.

The Advantages of Decentralised Finance

One of the biggest challenges of centralized finance is that the decisions of the few have a widespread impact on the many. Individuals and committees can decide it’s time to print more money. Others can fail to spot impending doom in the markets, sending ripples around the globe.

DeFi is inherently transparent. Distributed ledger technologies, such as the blockchain behind Bitcoin and the Hedera Hashgraph system, ensure that there’s no need for intermediaries during transactions. That means no room for human error or anything more malicious, together with automated, authentic valuations.

DeFi also works well for users because it’s permissionless. From getting a loan to something as simple as withdrawing cash, ‘owners’ of money still require approval from someone else to complete a transaction. However, financial technology has reached a point where the possibilities are almost endless, and individuals have the opportunity to take more direct control over their financial assets than ever before.

DeFi also changes trading and investments. Those of even nominal net worth understand that financial markets often represent an attractive means of preserving and growing wealth. However, even that is centralised on stock exchanges and through market makers. DeFi once again eliminates the need for such services, including removing adherence to opening hours, trading suspensions and other rules that do not necessarily suit every type of investor.

How DeFi Has Changed the World of Finance

The impact of DeFi on the global economy remains in its infancy, but the possibilities are clear to see. It already provides access to financial products and services for those without a bank account or access to the regular monetary system.

Loans and savings accounts for consumers are no longer only accessible through big banks. Likewise, investing and trading aren’t solely reliant on brokerages.

Perhaps the most significant change to the finance world brought about by DeFi is equality. The practice will likely attract more customers and finally bring about the benefits of fintech hoped for over the past few years. It provides a level playing field where everyone’s assets are worth the same as anyone else’s. The world has become closer than ever before, and DeFi will ensure that it continues at a financial level.

Poor decisions by a government causing a currency to lose value internationally will have less of an impact because people will hold the same money as people thousands of miles away. A single unit of any cryptocurrency like the decentralized Aktio coin holds the same value and spending power as any other, anywhere in the world. People without permanent addresses and telephone numbers are no longer locked out of the burgeoning digital financial landscape.

And the best part is that there is plenty more to come. There are startups worldwide seeking to revolutionize the financial world with different infrastructures and new approaches. Individuals are becoming more empowered in their financial decisions. Savings will change, as will investments. Insurance will become fairer and more transparent. Ownership of digital items is becoming indisputable.

DeFi will change the world, and history’s greatest financial revolution has already begun.