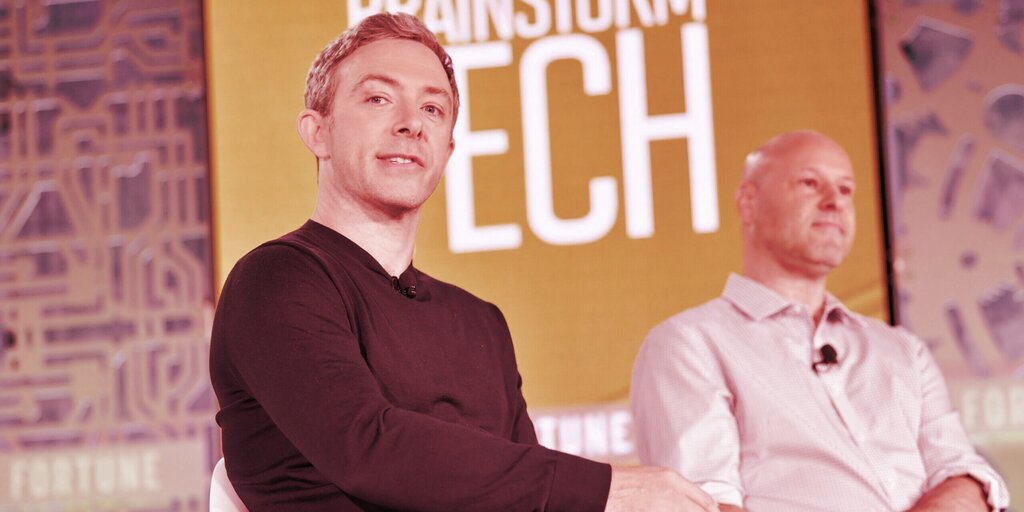 The Dfinity Foundation has begun working to integrate its decentralized blockchain network, the Internet Computer, with Ethereum—which is perceived to be a rival by many in the industry who have watched as Dfinity has built out its treasure chest.

Internet Computer and Ethereum smart contracts will be able to *directly* interoperate, no hubs, no cloud, no bs

The integration was announced by Dfinity founder Dominic Williams in a tweet on Wednesday, and he further explained why it was needed and how it would happen in a blog post published today.

“I was very close to the Ethereum project in 2014, 2015,” he told Decrypt in an interview earlier this month. “Those years were formative. And that’s when the Dfinity project—as it was then called—came into being.”

Williams said that, after exploring Ethereum, he was eventually persuaded that his research was more suited to a standalone project. “The Dfinity project,” which became the Internet Computer, launched publicly this month after five years in development. Its broad aims are to become an entire Internet hosted on decentralized servers. It seeks to expand the functionality of the Internet by allowing developers to build decentralized versions of popular apps. It also aims to take on the cloud computing market and its reliance on centralized server farms.

The Internet Computer has big-name backing, a highly experienced team, and a token, ICP, which at launch already ranked in the top 10 cryptocurrencies by market cap. It also claims to solve the scaling problems experienced by Ethereum without compromising on security or decentralization.

But far from being rivals, the two complement each other, Williams insists. He has repeatedly explained that the two project’s architectures are fundamentally different but equally necessary.

Ethereum, he said, “can run off a node in somebody’s bedroom. Whereas the Internet Computer network is constrained by the needs of the protocol to deliver this level of performance. So it actually runs off special node machines—dedicated hardware—that are run by independent partners in independent data centers around the world.” The Internet Computer’s architecture means that data storage, for instance, is far cheaper than on Ethereum, he explained. It offers a novel identity solution, and smart contracts that “run at web speed [and] can serve web experiences directly to end users.” But most important of all, he said, was that any system running on the Internet Computer was hosted by a decentralized network, rather than centralized server farms.

Williams’ blog post details the two stages needed to integrate the two networks. With the use of “proxy” contracts, Internet Computer smart contracts would be enabled to “call into” Ethereum smart contracts, return results and vice versa.

But stage two, he said, will take substantially longer, partly because—while the Internet Computer is designed to scale as more dapps are built on it—its smart contracts “currently only hold a maximum of 4GB of memory pages, and so the Ethereum state will have to be sharded across multiple contracts.”

Some Ethereum developers were already working on this, said Williams, and had “made some headway in code.” Yet others both within and outside the industry have criticized Dfinity for being slow to open source parts of its code. They’ve questioned the Internet Computer’s decentralization and raised eyebrows at Williams’ prominent role.