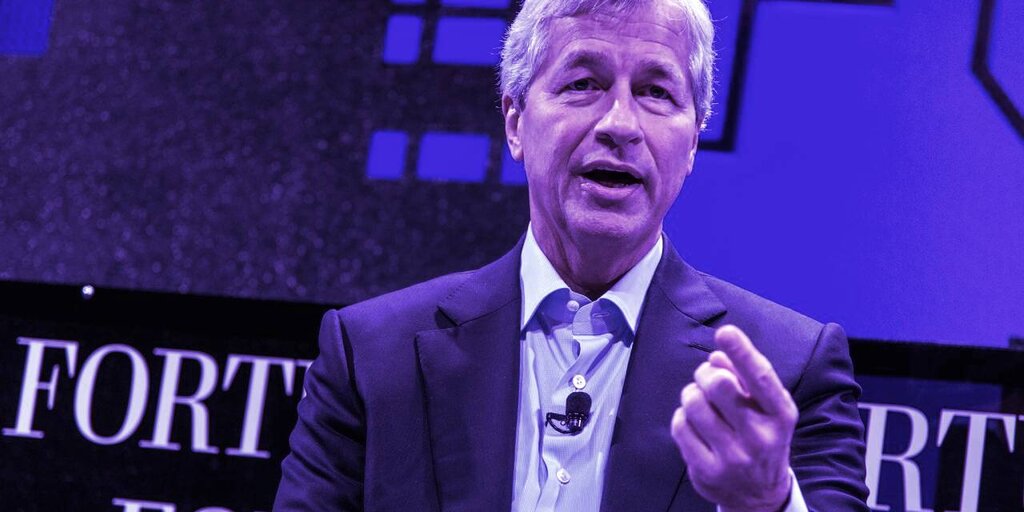 JPMorgan CEO Jamie Dimon, who once famously labeled Bitcoin a “fraud,” might have softened his stance since then—but he remains a crypto skeptic.

“I’m not a Bitcoin supporter,” Dimon said during the WSJ CEO Council Summit on Tuesday. “I don’t really care about Bitcoin. I have no interest in it.”

Dimon, however, conceded that his opinion of Bitcoin is at odds with that of JPMorgan’s clients, stating that, “On the other hand, clients are interested and I don’t tell clients what to do.”

In addition, JPMorgan has established Onyx, an umbrella organization for its blockchain and digital currency initiatives.

“Blockchain is real, we use it. Then you have digital currencies that are 100% backed by actual assets,” said Dimon. “But people have to remember that a currency is supported by the taxing authority of a country, the rule of law, a central bank.”

When asked about CBDCs—digital currencies that are being developed by central banks—Dimon said they have potential as digital money for consumers, but he’s concerned with the implications for user privacy.

According to the banker, the US has to look at CBDC privacy in a different manner than, for example, China—which is actively exploring CBDCs on a national level and “wants to know what you do with your money.”

From denial to acceptance

JPMorgan has a history of contradictory statements about cryptocurrencies. In September 2017, Dimon asserted that Bitcoin is “just not a real thing,” and that “eventually it will be closed.”

He even threatened to fire any JPMorgan employee found trading crypto. However, in January 2018, soon after Bitcoin reached the $20,000 mark, Dimon said he regretted making the comment.

“I’m not interested that much in the subject at all,” Dimon said at the time.

In a surprising move, in October 2020 the investment bank stated that Bitcoin as a store of value is solidly competing with gold, as millennials “would become over time a more important component of investors’ universe.”

Earlier this year, JP Morgan’s quantitative strategist Nikolaos Panigirtzoglou suggested that Bitcoin will have to reach $146,000 to match the levels of private investments in gold, adding, however, that a price range between $50,000 and $100,000 “would prove unsustainable.”

Still, the bank’s involvement with Bitcoin could be just a matter of time—according to Daniel Pinto, JP Morgan’s co-president and COO, it will simply have no other choice if cryptocurrencies become really widespread.